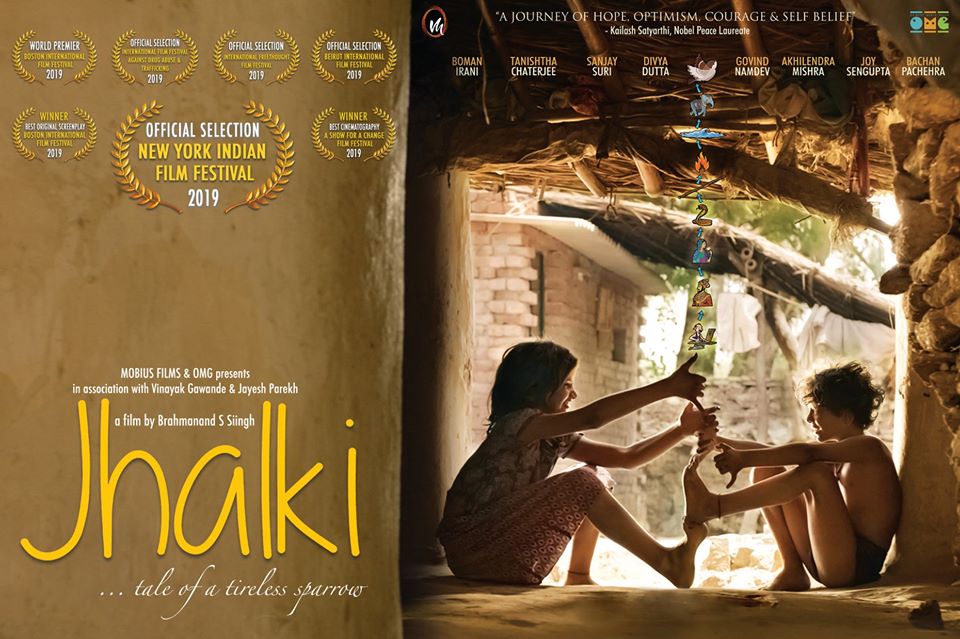 Jhalki tells the story of the quest of a little girl to free her brother from child labour. Photo courtesy: Facebook/Mobius Films

The film tells the story of a girl named Jhalki (Aarti Jha) whose life changes when her 7-year-old younger brother, Babu (Goraksh Sakpal) disappears. This sets Jhalki off on a mission to find him at all costs. Armed with an intimate folk-tale of a tireless sparrow and her own charming presence of mind, Jhalki embarks on a relentless journey to find and free her brother. Unaware and ignorant of the deep-rooted corruption and cobwebs of the system, Jhalki takes on the monstrous and the conniving in her quest to find her brother.

In a twinkle of an eye, a life-altering disappearance of her 7-year old kid brother sets Jhalki off on a mission to find him at all costs. Presenting the new poster of #Jhalki. Movie releasing on 14th Nov.@brahmanandsingh #TanviJain @k_satyarthi @bomanirani @TannishthaC pic.twitter.com/d9VE8jl0HD

The film, which was originally to be released in September, is now going to hit the theatres on Children’s Day, November 14, 2019.