Jeakson Thounaojam created history by scoring India’s first-ever World Cup football goal in the 82nd minute of the match against Colombia yesterday, while central defender Namit Deshpande, from Maryland, USA, set a record of a different sort by becoming the first Non-Resident Indian (NRI) to represent India across any age group. 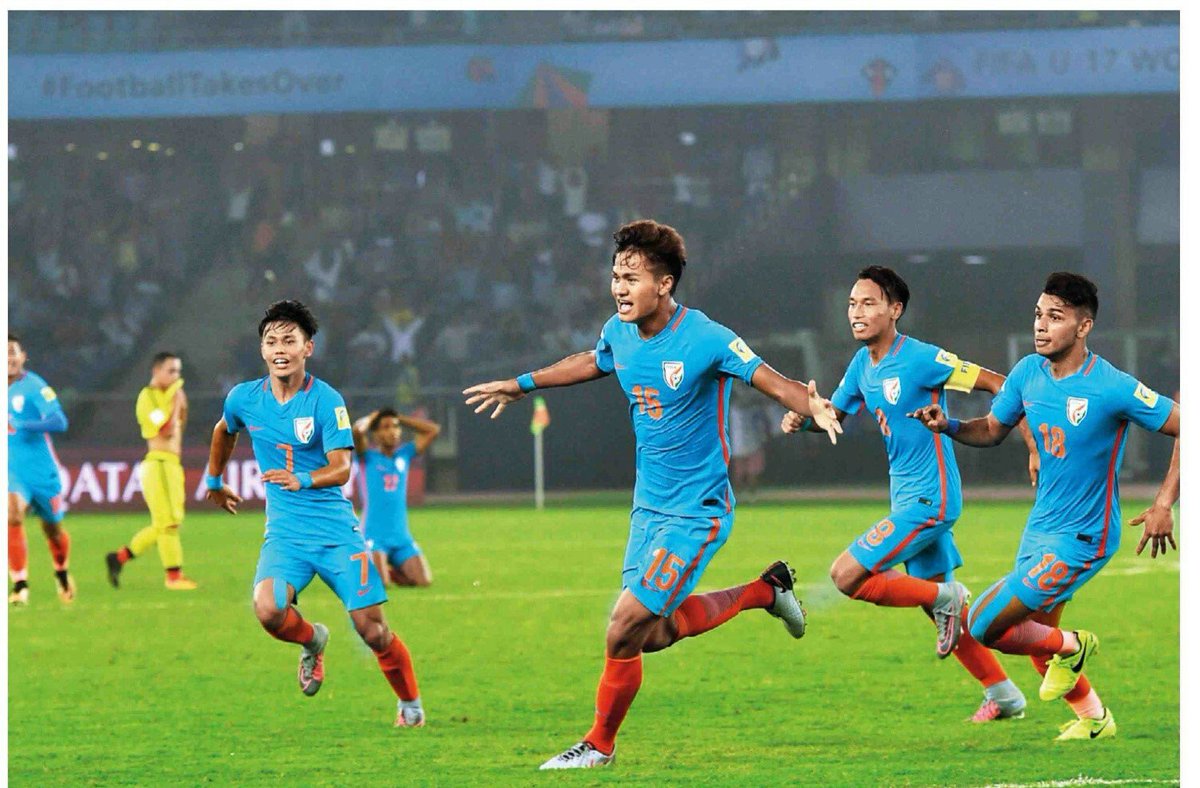 Jeakson Singh celebrates after scoring for India against Colombia in the U 17 World Cup. Photo courtesy: Twitter/@DattaNilanjan

There was to be no fairytale ending, as the South American side scored promptly to win the match 2-1. Coach Luis Norton de Matos offered a simple explanation for the roller coaster end to the game. “Their dream just came true and they did not know how to control emotions immediately after that,” de Matos said.

The defeat to Colombia puts India on the brink of an early exit from the Under-17 World Cup.

“I was there when Jeakson Singh scored India's first ever World Cup goal. I was there when 55,000 spectators cheered India till the end. I was there when India's goalkeeper Dheeraj was given a standing ovation by the crowd when he walked out after the game. Something has fundamentally changed in Indian football. And this is the day it changed,” said Joy Bhattacharjya, Project Director, LOC, FIFA U-17 World Cup.

Deshpande achieved the feat when he was included in the Indian starting line for the FIFA U-17 World Cup match against Colombia at the Jawaharlal Nehru Stadium, Delhi. He replaced Jitendra Singh in defence In the starting lineup for this game. KP, the most versatile player on the field, was employed on the left flank in place of the injured Komal Thatal while Boris Thangjam returned to the team as right-back. Jeakson, the surprise omission in the previous game, too returned to the squad.

Deshpande became a part of the Bethesda Soccer Club in Maryland, where he got the first taste of the US Football Development Academy. His parents left Mumbai when he was just eight years old.

Deshpande also impressed current coach Luis Norton de Matos, who had no hesitation in including him in his scheme of things for the world event.