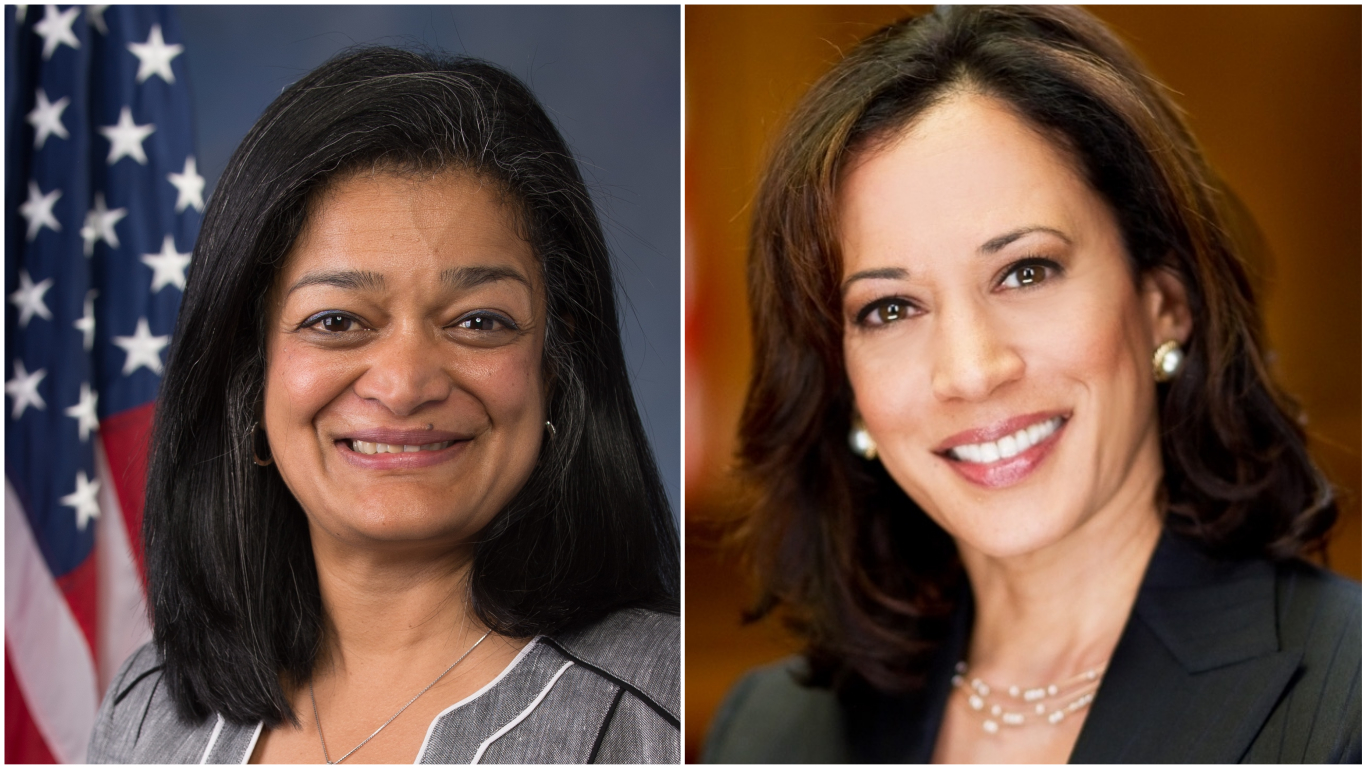 Indian-American US Congresswoman Pramila Jayapal and Senator Kamala Harris, both democrats, have launched the first ever national legislation ensuring the rights and protections of millions of domestic workers throughout the country called the Domestic Workers Bill of Rights Act.

“The courageous working-class women, women of color and immigrant women who are demanding their rights today are unwilling to be excluded any longer,” said Jayapal.

“I am so proud to be the House sponsor of this historic National Domestic Workers Bill of Rights. Domestic workers have been excluded from basic protections since the New Deal – and domestic workers are the future of work,” she added.

Yes, ⁦@aijenpoo⁩! “We’re creating new rights in a 21st-century framework as more workers work in the gig economy and in temporary and part-time jobs.” Proud to work with ⁦@domesticworkers⁩ on this transformational bill! https://t.co/u3TeQ7WqDG

The legislation, if approved, is expected to benefit millions of domestic workers - many of whom are of Indian descent.

“Domestic workers are one of the fastest growing workforces in our country,” said Harris. “They provide essential care to aging parents, children, and homes. However, our nation’s domestic workers have not been afforded the same rights and benefits as nearly every other worker, and it’s time we change that.”

Earlier today @RepJayapal and I introduced the first ever National Domestic Workers Bill of Rights to ensure domestic workers—many of whom are women or people of color—have the dignity and respect they deserve. https://t.co/gfDrHPBJEe

More than two million domestic workers go to work in people’s homes across the U.S. every day.  These workers care for children, clean homes, allow older persons to remain in their homes and support the independence of people with disabilities, a press release said.

Domestic workers are often not covered by the basic protections available to most other workers. They struggle to access work-related benefits like workers compensation insurance, health and safety protections, and retirement security, the release said.

The National Domestic Workers Bill of Rights aims to fill in key gaps in employment protection, provides tailored protection for the most vulnerable and trafficked workers; invests in the stability and expansion of this workforce; and supports new worker education and empowerment models among others, according to the press release.