In a massive decision taken by the Indian government, the special status given to Jammu and Kashmir (J&K) via Article 370 of the Indian Constitution was today revoked. Home Minister Amit Shah announced in parliament that Article 370 has been abolished with the President signing an order that comes into effect "at once". 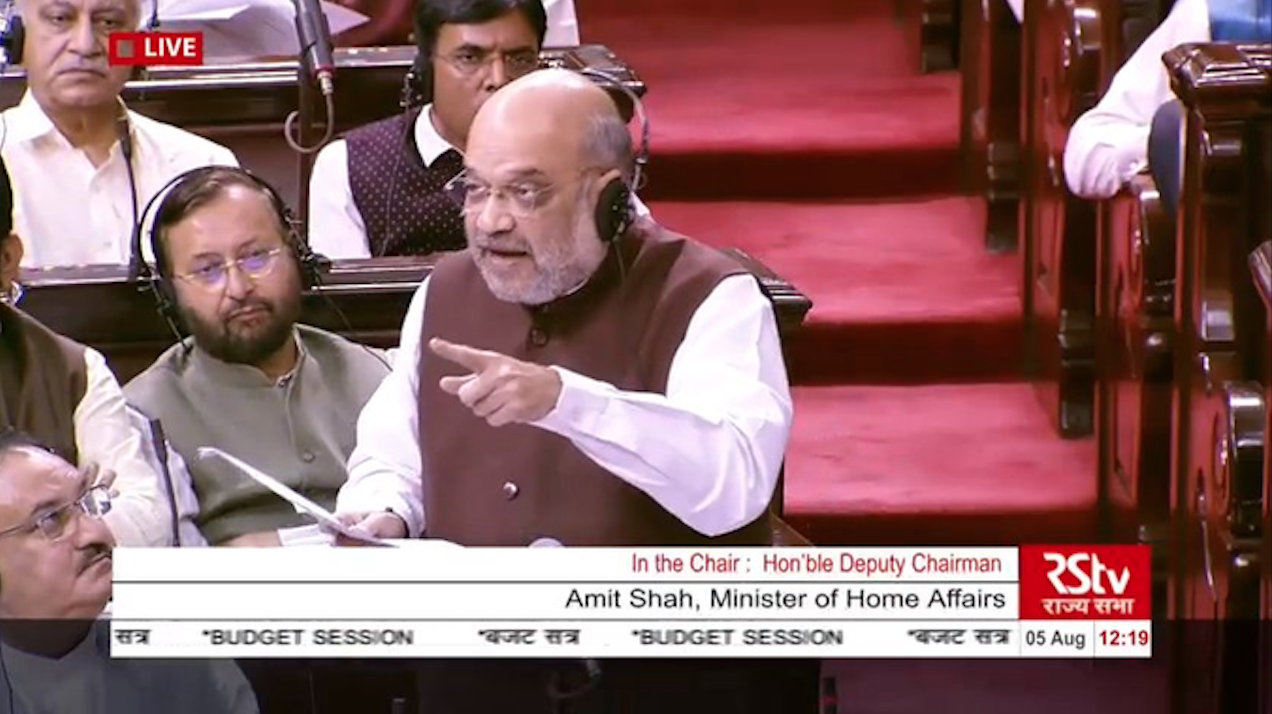 Mr Shah said that the union territory status proposed for J&K was based on an assessment of the "prevailing security situation" fueled by cross-border terrorism.

Article 370 was key to Kashmir’s accession to India at the time of independence in 1947 and gives J&K its own constitution and decision-making rights for all matters except defence, communications and foreign affairs.

Kashmir also had the right to decide through its own legislature who is a permanent resident of the region through Article 35A. For example, it barred outsiders from buying property or claiming government jobs and educational scholarships.

The announcement by the Indian government comes on the heels of tension the Kashmir Valley with thousands of paramilitary troops being flown into the area in the last few days. Internet and phone services have been cut off in many parts while schools and offices have been ordered to remain shut.

Ms Mufti hit out at the government’s decision, saying "Today marks the darkest day in Indian democracy. Decision of J&K leadership to reject 2 nation theory in 1947 & align with India has backfired. Unilateral decision of GOI to scrap Article 370 is illegal & unconstitutional which will make India an occupational force in J&K."

She also warned of "catastrophic consequences for the subcontinent".

People like us who placed faith in Parliament, the temple of democracy have been deceived. Those elements in J&K who rejected the 🇮🇳 constitution & sought resolution under the UN have been vindicated. This will exacerbate the alienation Kashmiris feel.

It will have catastrophic consequences for the subcontinent. GOIs intentions are clear. They want the territory of J&K by terrorising it’s people. India has failed Kashmir in keeping its promises.

Mr Abdullah also released a statement condemning the move, saying, "The government of India (GOI)'s unilateral and shocking decisions today are a total betrayal of the trust that the people of Jammu & Kashmir had reposed in India when the State acceded to it in 1947. The decisions will have far-reaching and dangerous consequences.”