Jaishankar: Ensure that freedoms in a democratic society are not misused

External Affairs Minister Dr S Jaishankar has said that India has flagged issues related to Khalistani separatist forces operating out of Canada to Ottawa, emphasising the need to ensure that freedoms in a democratic society are not misused by forces which actually advocate "violence" and "bigotry". 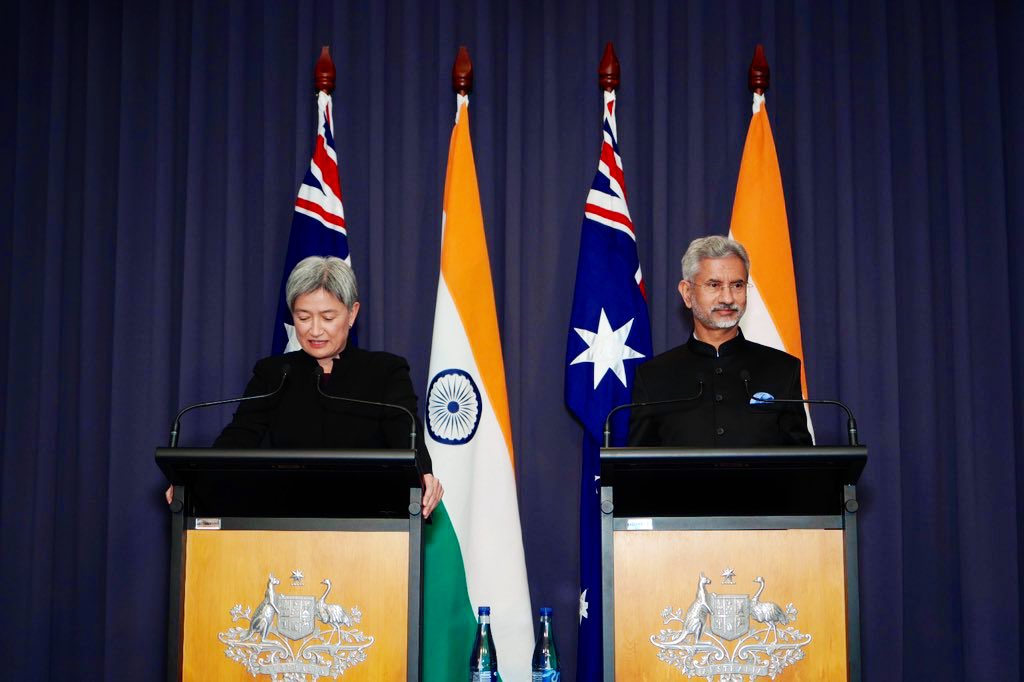 Jaishankar made the comments during a press conference with his Australian counterpart Penny Wong after the 13th Foreign Ministers' Framework Dialogue. Photo courtesy: Twitter/@DrSJaishankar

From time to time, we have engaged the Canadian government, I have myself engaged with my counterpart on this (Khalistani) issue. And we have flagged the need to ensure that freedoms in a democratic society are not misused by forces which actually advocate violence and, and bigotry," he responded to a question related to the Khalistani issue.

"So it's important, I think, to understand really, how democracies should function not only at home but also the responsibility that democracies have to other democracies abroad," he added.

Jaishankar made the comments during a press conference with his Australian counterpart Penny Wong after the 13th Foreign Ministers' Framework Dialogue.

On September 15, the BAPS Swaminarayan Mandir, Toronto was defaced by "Canadian Khalistani extremists" with anti-India graffiti in an apparent hate crime.

On September 23, India reacted sharply to the "so-called Khalistan referendum" in Canada and said that it was "deeply objectionable" that such a "politically motivated" activity by extremist elements was allowed to take place in a friendly country.

External Affairs Ministry spokesman Arindam Bagchi had said India had taken up the matter with Canadian authorities through diplomatic channels and would continue to press Canada on this matter.

"What some other country does presumably reflects their thinking and their policies," he said, downplaying any tit-for-tat response from Ottawa to New Delhi's recent travel advisory.

On September 23, India asked its citizens in Canada to exercise caution due to increasing cases of hate crimes.

In the advisory, the Ministry of External Affairs also said the High Commission/Consulates General in Canada have taken up these incidents with the Canadian authorities and requested them to investigate these crimes and take appropriate action.

The perpetrators of these crimes have not been brought to justice so far in Canada, the MEA had said.