Harmonious and peaceful co-existence can be easily buffeted in our small open society. It is not by chance that Singapore is an example of unity in diversity, it is built upon by the efforts of generations of Singaporeans. The necessity of reaffirming this with every generation of Singaporean was discussed at the ‘Interfaith Symposium On Harmonious And Peaceful Co-existence In Diversity’.

Jointly supported by the Ministry of Culture, Community and Youth (MCCY), S. Rajaratnam School of International Studies (RSIS) and OnePeople.sg it was held on 2 November 2019 at the Singapore Soka Association (SSA) Headquarters in Tampines. 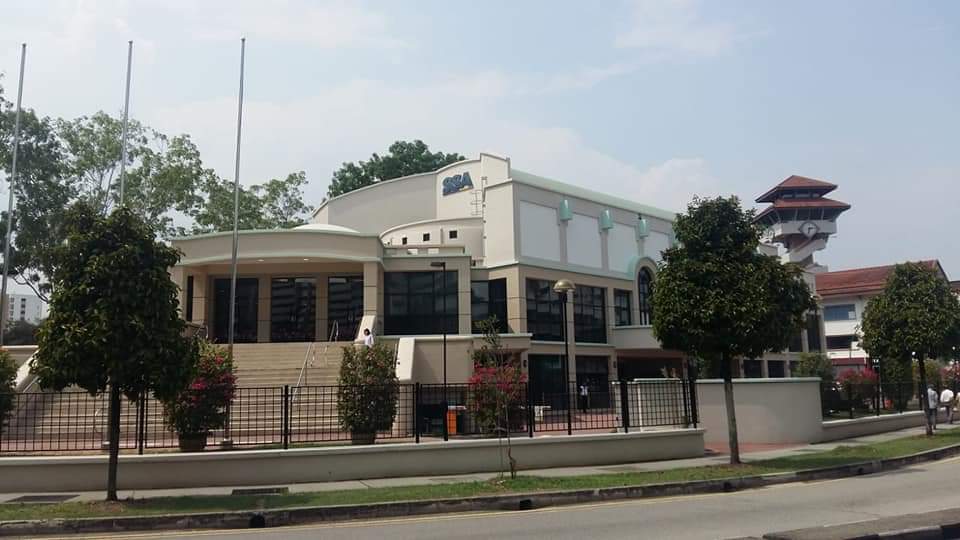 The Singapore Soka Association Headquarters in Tampines was the venue for the Inter- faith symposium. Photo Courtesy: SSA FB

Minister Masagos Zulkifli, Minister for the Environment and Water Resources, and Minister-in-charge of Muslim Affairs was guest-of-honour for the event which was attended by more than 700 people, who interacted in the dialogue by asking questions and voting for questions closest to their heart.

Engaging youngsters and making the concept of interfaith collaboration interesting & relevant to them, fostering not just tolerance but bonding between religions and safeguarding our shared values against blown over influences such as fake news. These were some of the areas on which the speakers shared their perspectives. 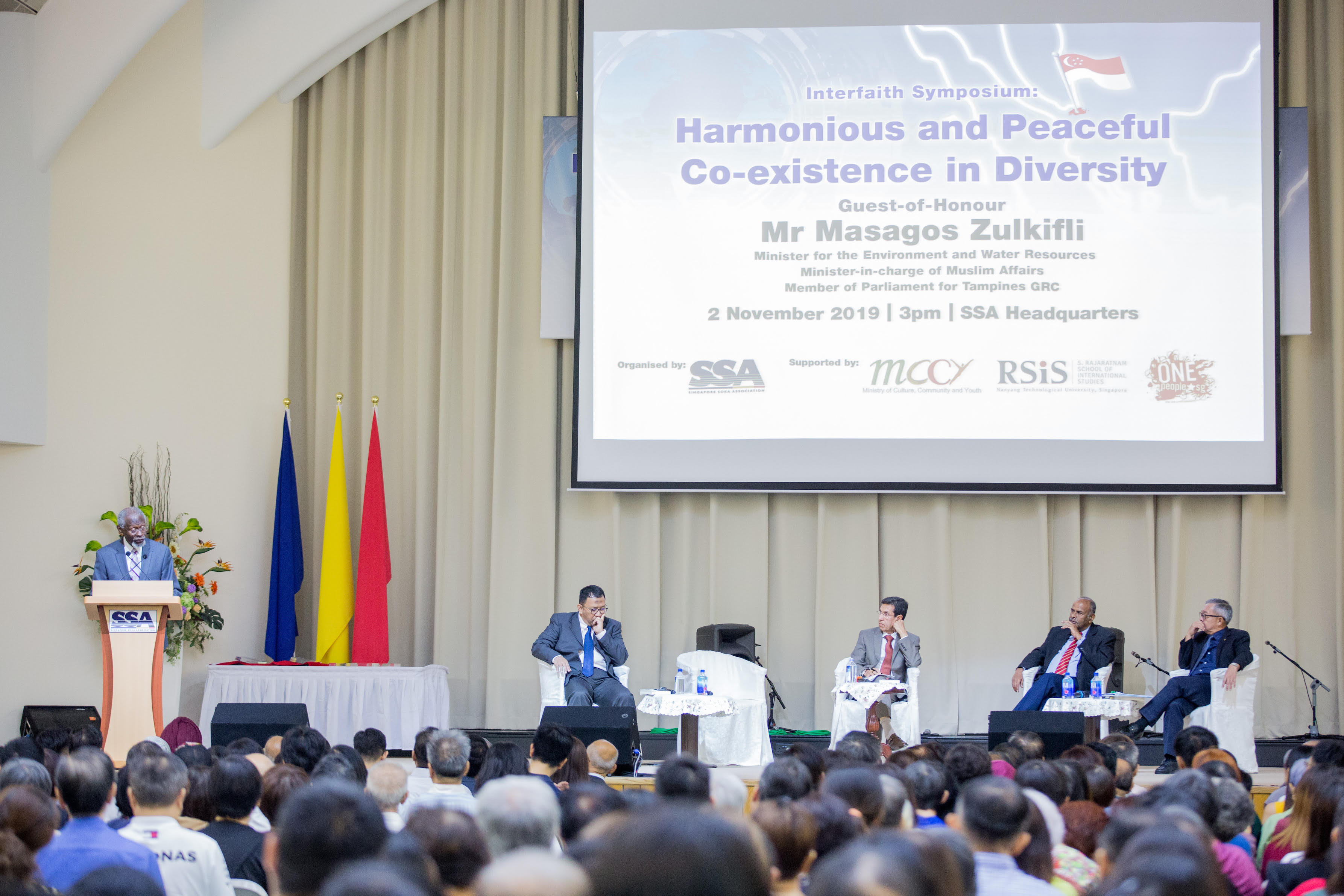 The symposium comes after the recent proposed amendments to the Maintenance of Religious Harmony Act (MRHA) where various religious groups pledged their commitment to safeguard religious harmony in Singapore. 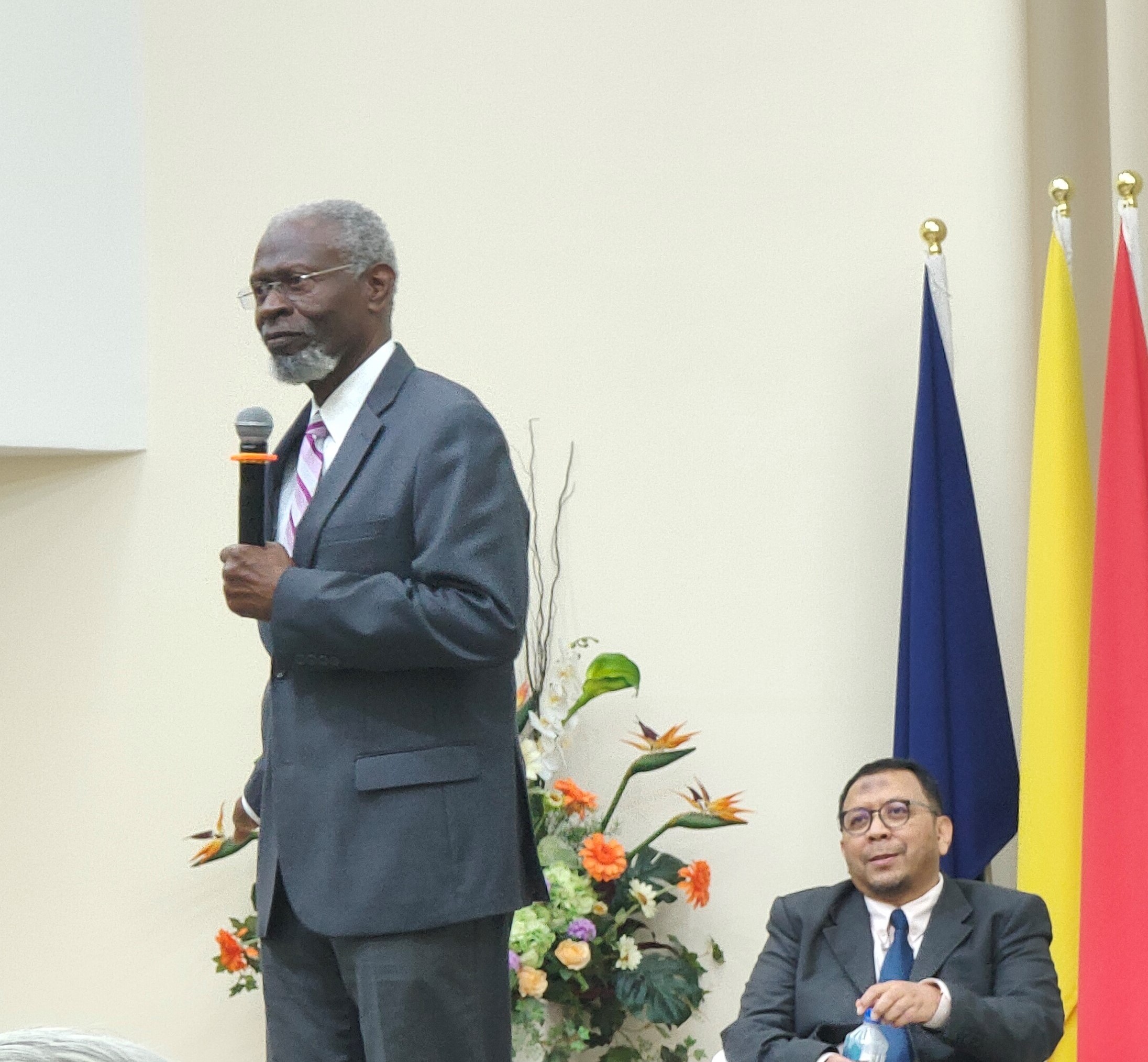 Lawrence Carter noted that if the world was a village consisting of 1,000 people, it would comprise about 330 Christians, 180 Muslims, 130 Hindus, 60 Buddhists, 50 animistic or traditional religion followers, four Sikhs, two Jews and about 210 atheists living side by side.

Even in such a community, religious harmony would not just be an option but a necessity it was emphasised.