Varadkar, who took office in June, is the first foreign head of government to join a Canadian pride celebration. He said Canada and Ireland must work in tandem to advance equal rights, particularly in places where they are threatened.

“What we have most in common is that we are countries that understand that diversity is our strength and our differences make us better,” Varadkar said. 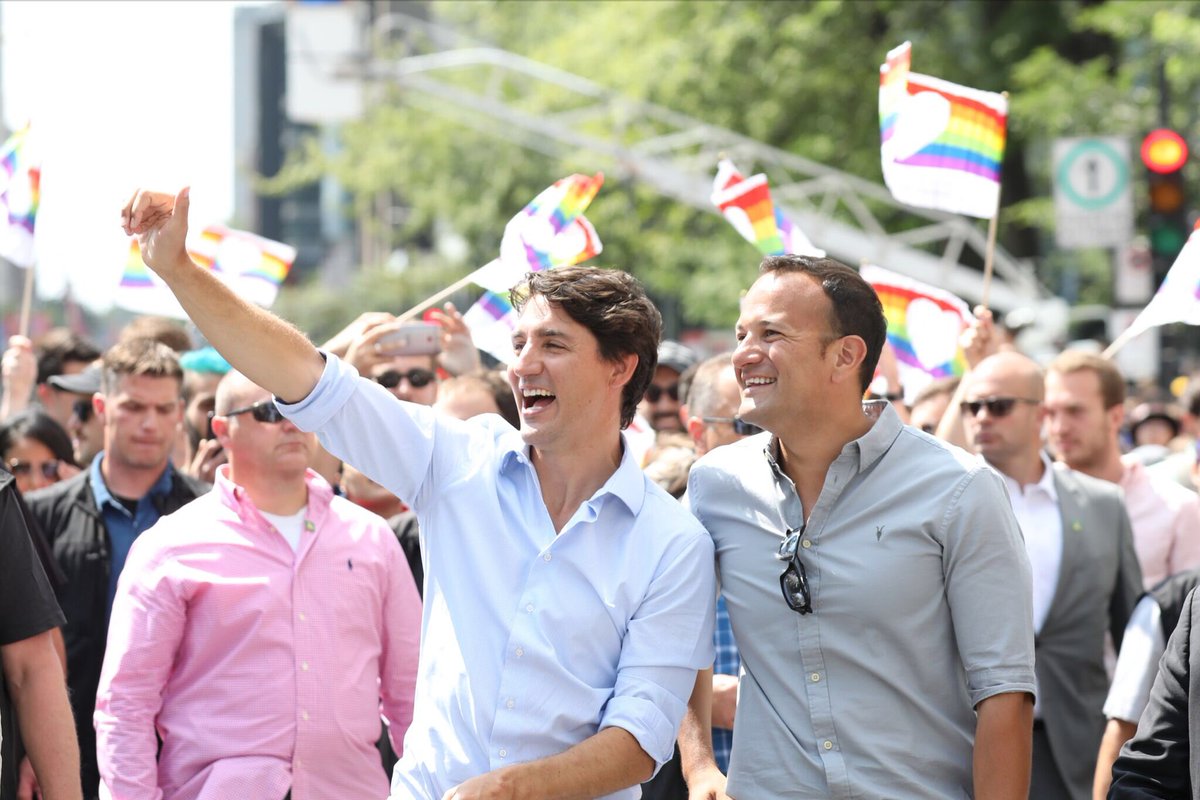 Sporting white jeans and a casual light blue button-up, Trudeau waved a rainbow flag with Indian-origin Varadkar as they participated in the annual event where several thousand people had gathered.

Earlier in the day at a joint press conference Trudeau vowed “strength through diversity” in the face of recent attacks in Spain and Burkina Faso.

“These recent acts of terror are despicable,” the Canadian leader said. “They seek to divide the global community, aiming to pit neighbour against neighbour.”

“But these cowards will not win,” he continued. “We will continue to do as we have done, standing united and stronger in the face of hatred. We will be emboldened in our values, values of love, acceptance, and strength through diversity.”