Iranian-American comedian and actor, Maz Jobrani will be making his first appearance in Singapore on Tuesday, July 30, 2019.

He will be bringing his new stand-up show ‘Peaceful Warrior’ to the audience of the sunny island at the Shine Auditorium. 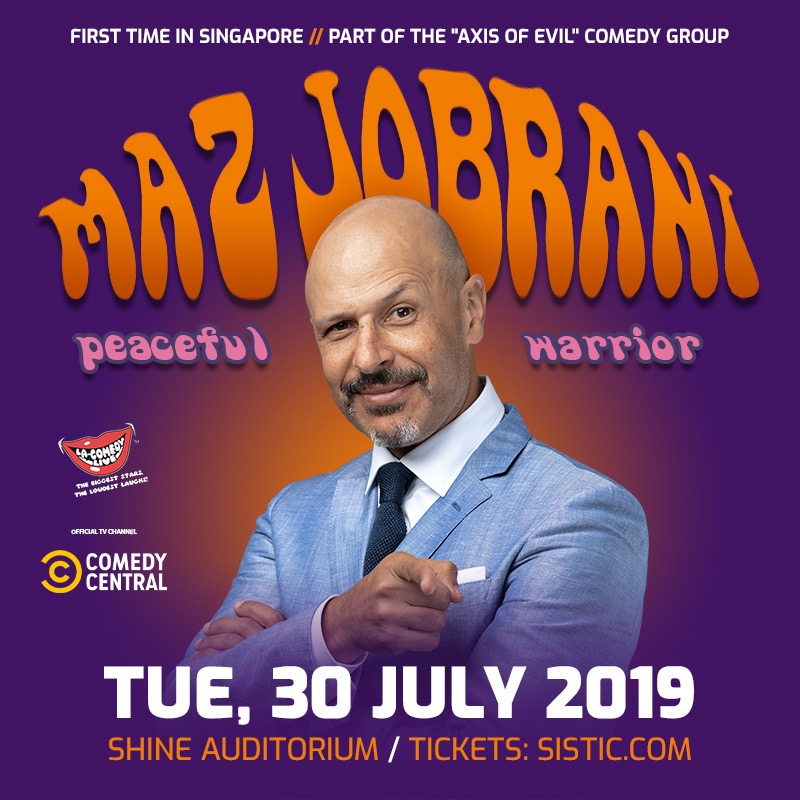 Born in Tehran, Iran, Jobrani moved to California when he was six years old. He is known for his insightful and hilarious routines that have entertained audiences worldwide, including a performance for the King of Jordan.

Jobrani is a founding member of The Axis of Evil Comedy Tour, which was first aired on Comedy Central.

He has been part of multiple showtime specials, including ‘I’m Not a Terrorist, but I’ve Played One on TV’, ‘Brown and Friendly’ and ‘I Come in Peace’.

Maz also featured in two TED talks; ‘Did You Hear the One About the Iranian-American’ and ‘A Saudi, an Indian, and an Iranian walk into a Qatari bar...’.