Singaporean-Malaysian couple Pathma Gurusamy and Ng Boon Jun have taken to social media to share beautiful moments from their "double wedding", in which they honoured traditions from each other's culture.

In a viral post on Facebook group Subtle Asian Traits on December 31, Gurusamy wrote that she and her husband observed two weddings back-to-back.

One of the weddings was according to South Indian custom as Gurusamy herself is a Malaysian of Indian descent. The other one was according to Chinese practice, as Ng is a Singaporean Chinese. 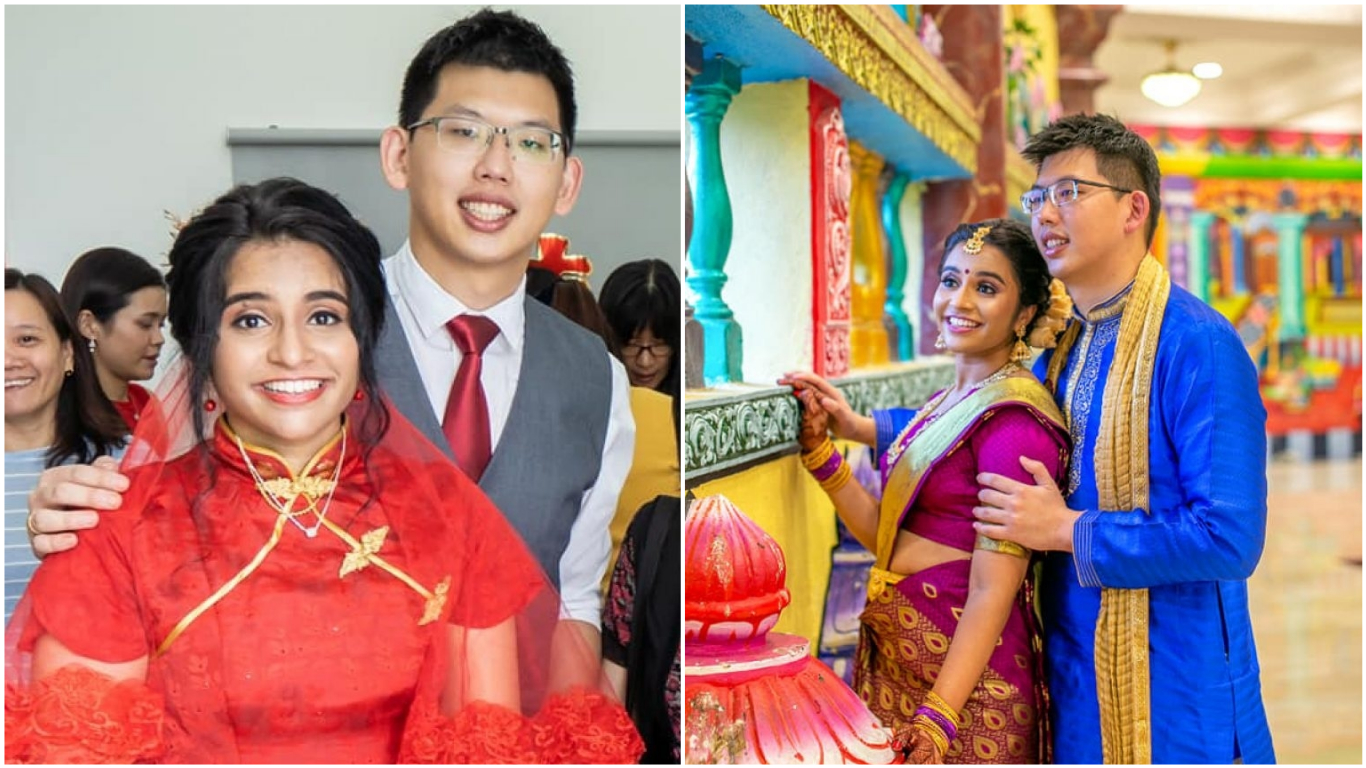 While Gurusamy said that holding one wedding after another was a feat she "would  not recommend" as it was "super tiring", the couple was happy their families had the chance to experience and be a part of each other's traditions. 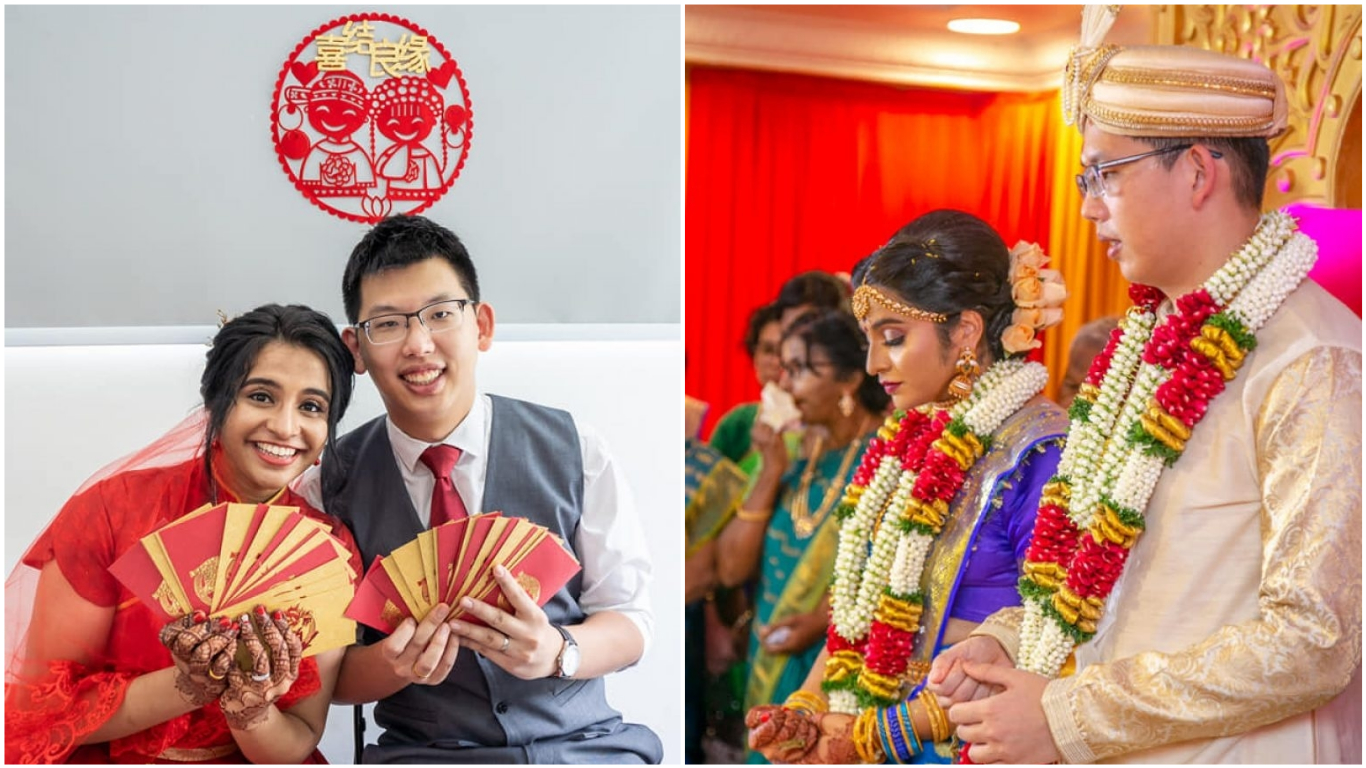 On the first day of their wedding, the couple donned full Indian regalia and had a ceremony at a Hindu temple in Kuala Lumpur. On day two, the couple "served tea to our relatives and collected lots of hong bao (red packets)," Gurusamy wrote in her Facebook post. Photo courtesy: Pathma Gurusamy
Singapore