After one of UK’s worst crashes in 20 years, the inquest into the deaths of eight Indians killed last month in a road accident was suspended yesterday pending police investigation, just hours after it was opened. 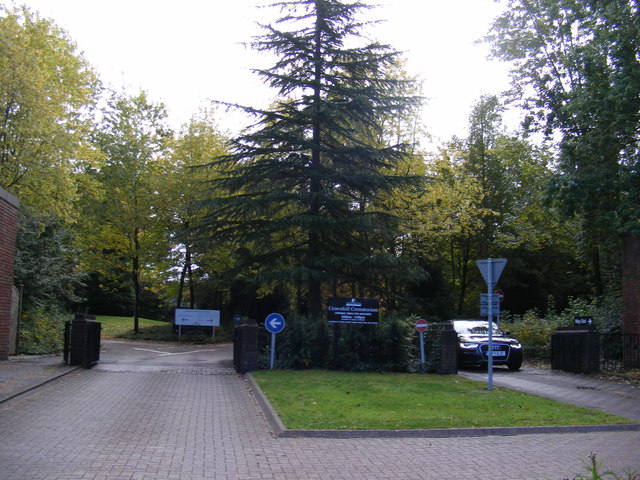 The inquest by Coroner Tom Osborne at the Crownhill Crematorium site on Dansteed Way in Milton Keynes, southern England, formally identified the victims as Indians based in the UK and some of their friends and members of their families who were in the UK as tourists.

Chief Inspector Henry Parsons, from the force's Joint Operations Unit for Roads Policing, said his team is conducting a "substantial" police investigation into the crash after which the inquest into the deaths can be closed.

"We are continuing to support and update the families of those who died in the collision, as well as those who were injured and remain in hospital. Our thoughts remain with everyone involved at this time," he said.

PTI reported that those who died in the collision have been formally named as Karthikeyan Pugalur Ramasubramanian, 33, and his wife, Lavanyalakshmi Seetharaman, 32, who were from the Alwarthirunagar area of Chennai; Panneerselvam Annamalai, 63, from the Nagar area of Chennai; Subramaniyan Arachelvan, 58, and his wife Tamilmani Arachelvan, 50, from the Saket area of Delhi; Vivek Baskaran, 26, from the Avaiyambalpuram area of Mayiladuthurai; Rishi Rajeev Kumar, 27, from Kerala and [British Indian] Cyriac Joseph, 52, who lived in Nottingham, a Thames Valley Police statement said today.

Karthikeyan Ramasubramaniyam Pugalur, Rishi Rajeev Kumar, and Vivek Bhaskaran had been identified by Indian software company Wipro as its employees who were among those killed in the deadly accident on a highway in Buckinghamshire, southern England, when the mini bus they were travelling in got crushed between two large trucks.

Shravathi Ramasubramanian, the four-year-old daughter of Karthikeyan and Lavanyalakshmi who died in the accident, is being cared for by two of her relatives at Birmingham Children's hospital and her condition is said to be stable.

Three others hospitalised after the crash include Mano Ranjan Panneerselvam, another Wipro employee, at St John Radcliffe Hospital, his wife at Milton Keynes Hospital, and his aunt at Cardiff hospital.

They are in a stable condition and their condition is improving, said Jacob Ravibalan, chair of the World Tamil Organisation (UK) - a group that is providing support on the ground.

"After the coroner hands over the bodies to funeral directors, we are expecting that their reparation to India can take place by this weekend," he said.

Cyriac Joseph, the Kerala-born owner of Nottingham-based ABC Travels and driver of the minibus who was among those who lost their lives in the highway pile-up, is expected to be given his last rites in the UK. 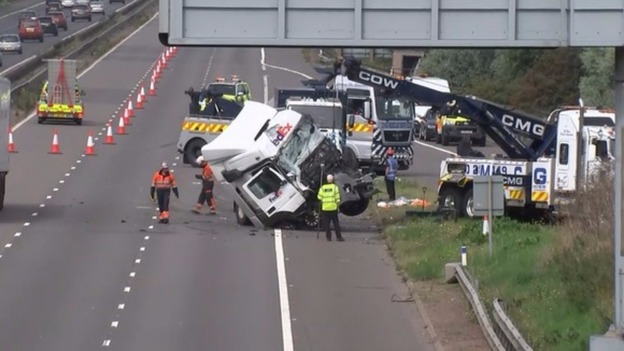 The aftermath of the accident. Photo courtesy: ITV

The fatal collision took place on the M1 motorway near Newport Pagnell in the early hours of August 26 as the families from India were enroute from Nottingham to London to set off on a European holiday.

Two lorry drivers - Ryszard Masierak and David Wagstaff - have since been charged with causing death by dangerous driving and are set to appear in court later this month.