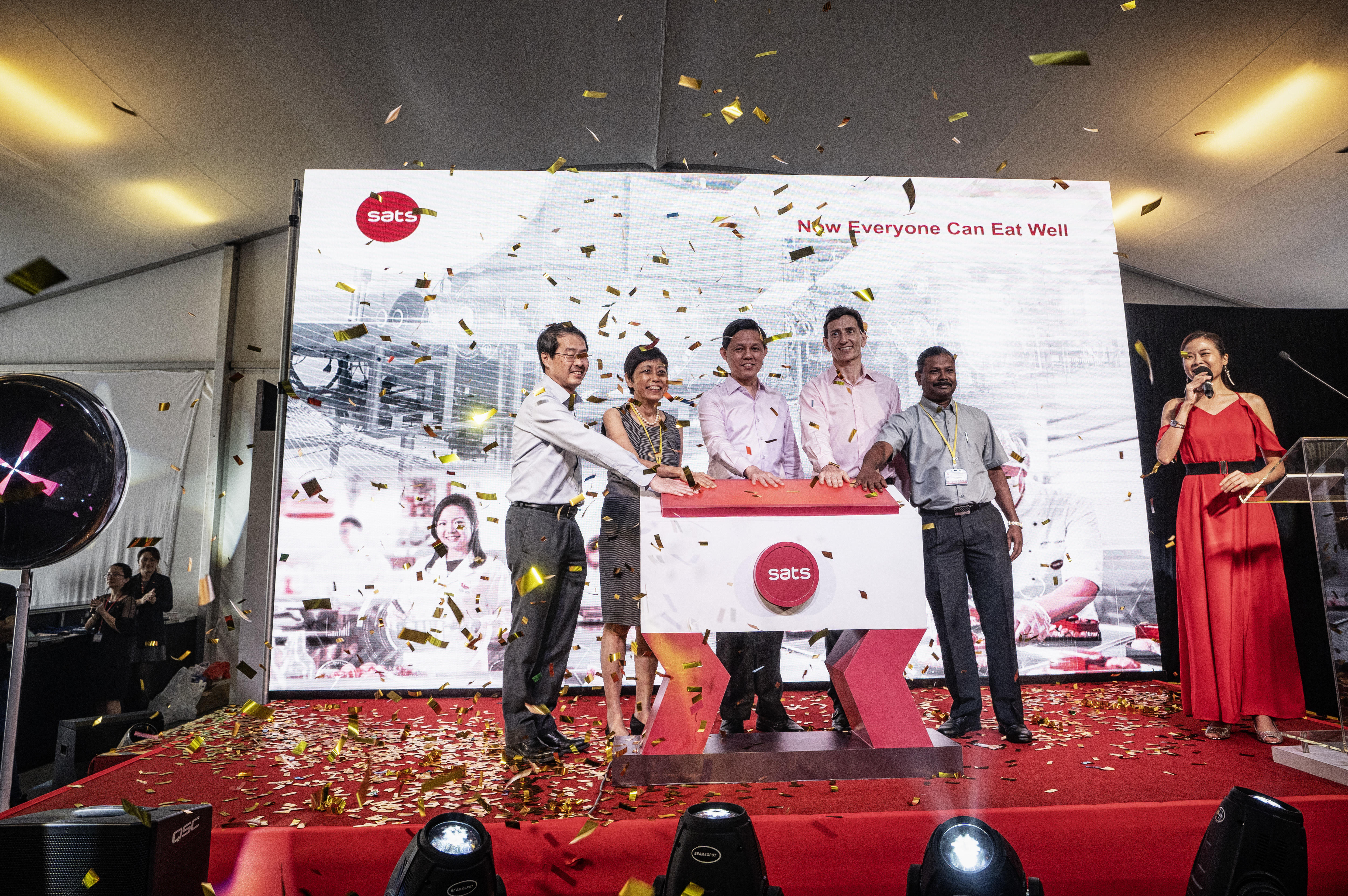 Chan Chun Sing, Minister for Trade and Industry of Singapore (third from left) officiating the opening ceremony of the SGD25 million kitchen expansion of SATS in Singapore. Photo courtesy: Linkedin page of SATS

The expanded facility at the kitchen located at Changi North Crescent will increase the company’s production to 120,000 meals daily. It will also boost the overall food production of the company by 14 per cent.

Chan Chun Sing, Minister for Trade and Industry, officiated the opening ceremony and toured the facility, tasting the food and meeting many of the people who operate the new equipment.

Though a quarter of its business comes from non-aviation catering, it aims to increase this as it sees a growing demand for food-related services across Asia.

SATS utilises the latest food technologies to produce tastier and more nutritious meals without the use of preservatives. Its latest ready-to-eat meals have a shelf life of six to 24 months and do not require refrigeration.

It also claims to be the first in Asia to use pasteurisation and sterilisation technology, which can maintain the taste, texture and nutritional properties better than conventional sterilisation methods.

Alex Hungate, SATS president and CEO, said, “For too long, the food industry has been observing large-scale manufacturing, and using preservatives and additives. We have sacrificed the healthiness and quality of what our consumers are eating.”

“Using new food tech, we still manage to do large-scale, but don't need preservatives and additives,” he added. 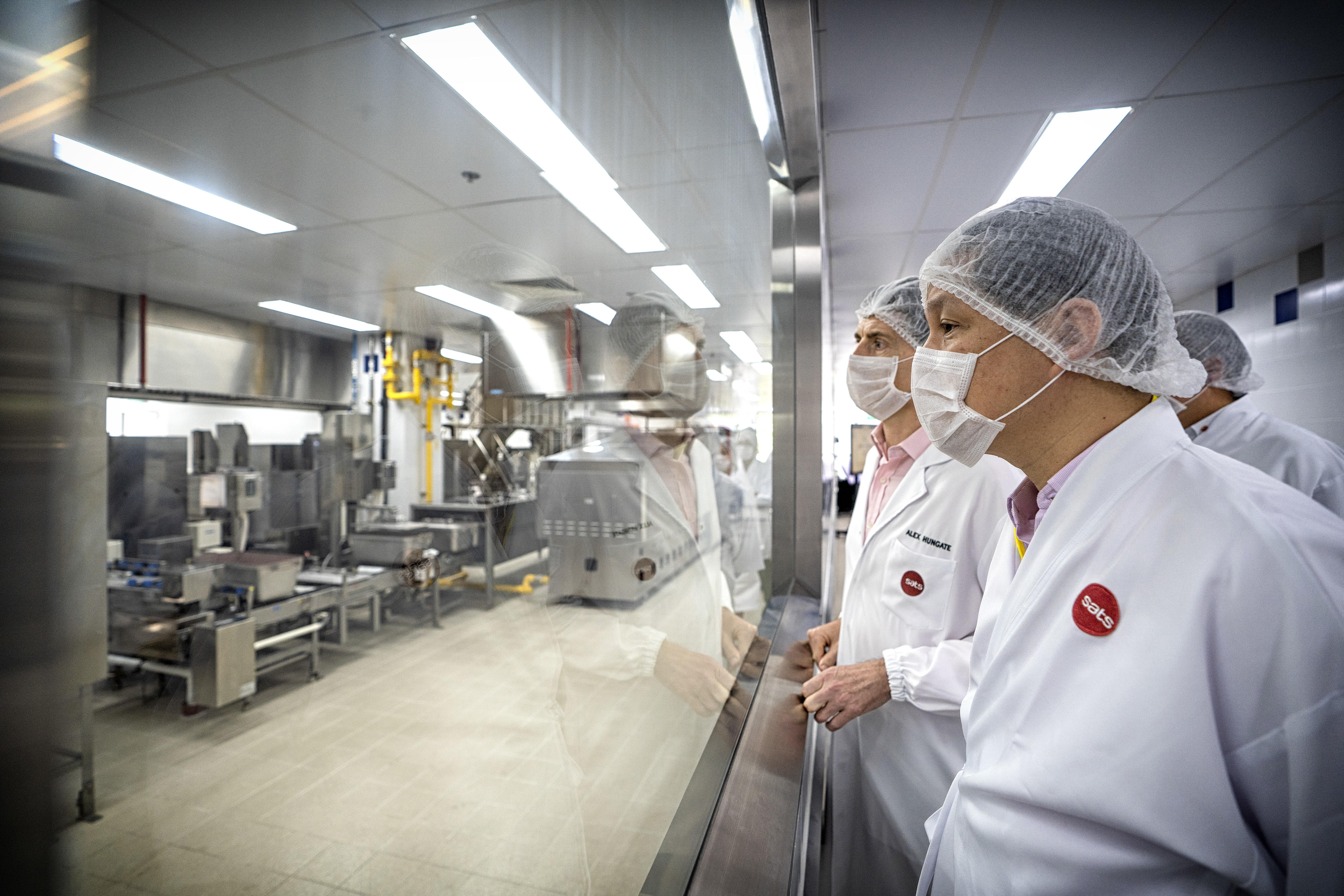 Chan Chun Sing, Minister for Trade and Industry of Singapore looks at one of the machines at the new facility. Photo courtesy: Linkedin page of SATS

The kitchen has the latest food machines driven by automation and data-driven analytics, reducing cooking time and manual labour. It has an automated rice line that can cook 4,000 portions per hour with just a three-man team. In the past, it required about eight workers.

In addition to this, it also has an Autofryer which is also used to enable cooking of food in large batches.

Scoot will be the first airline to introduce some of the new meals in June this year.