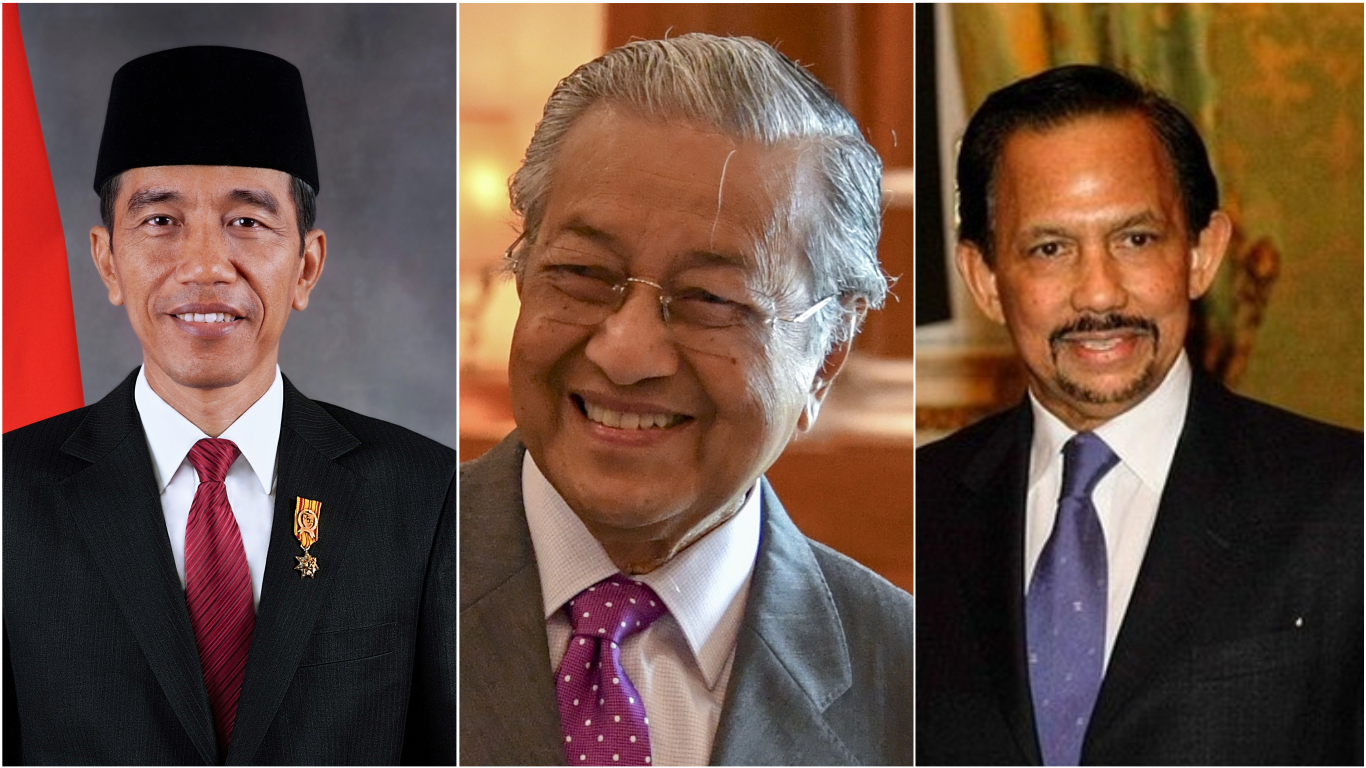 The parade will be held on August 9 at the Padang, commemorating the 200th anniversary of the British arrival in Singapore.

The parade was last held at the Padang in 2015 when Singapore celebrated 50 years of independence.

The theme of this year's NDP is Our Singapore. The show segment will be divided into six acts and a prologue and feature approximately 2700 performers. It will focus on Singapore’s history and each act will feature renditions of popular NDP songs, such as Stand Up for Singapore, Count on Me Singapore and One People, One Nation, One Singapore.

A giant metallic lion will make its way across the stage in the fifth act as a six-metre tall puppet, the biggest prop in NDP's history. The act will also include a 30-second laser show. 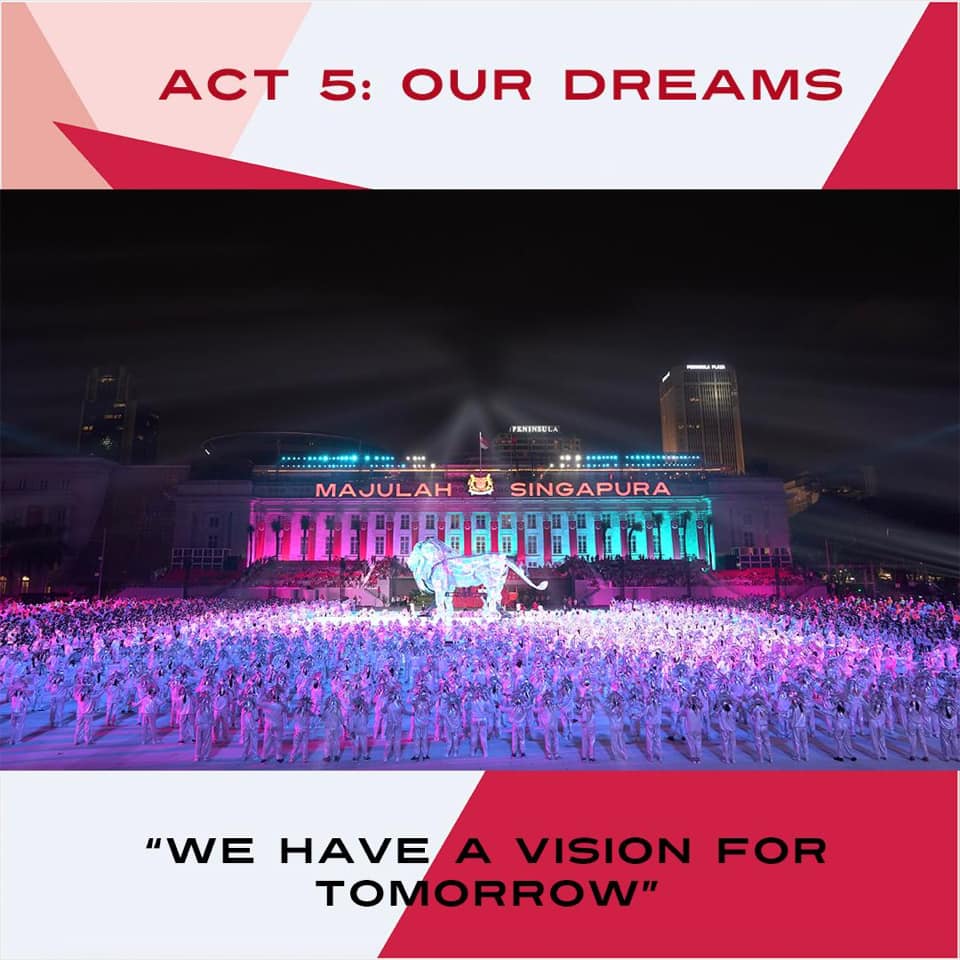 The lion will be one of nine giant puppets featured at this year's show.

The other eight puppets - all about 4.2 metres tall - will be dressed in ethnic costumes from Singapore's four official races and will feature in the third act. 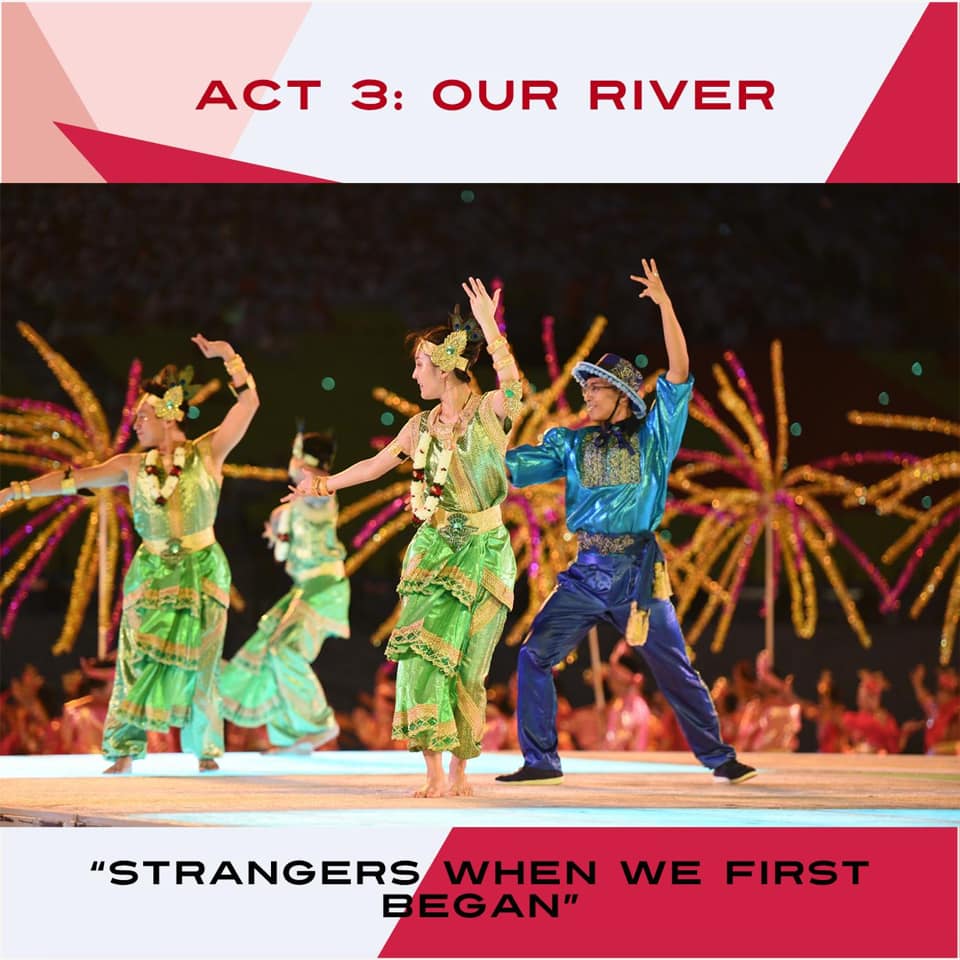 The prologue will have eight floats featuring nine organisations established in the 19th century, including the Singapore General Hospital, the Singapore Fire Brigade and the General Post Office. 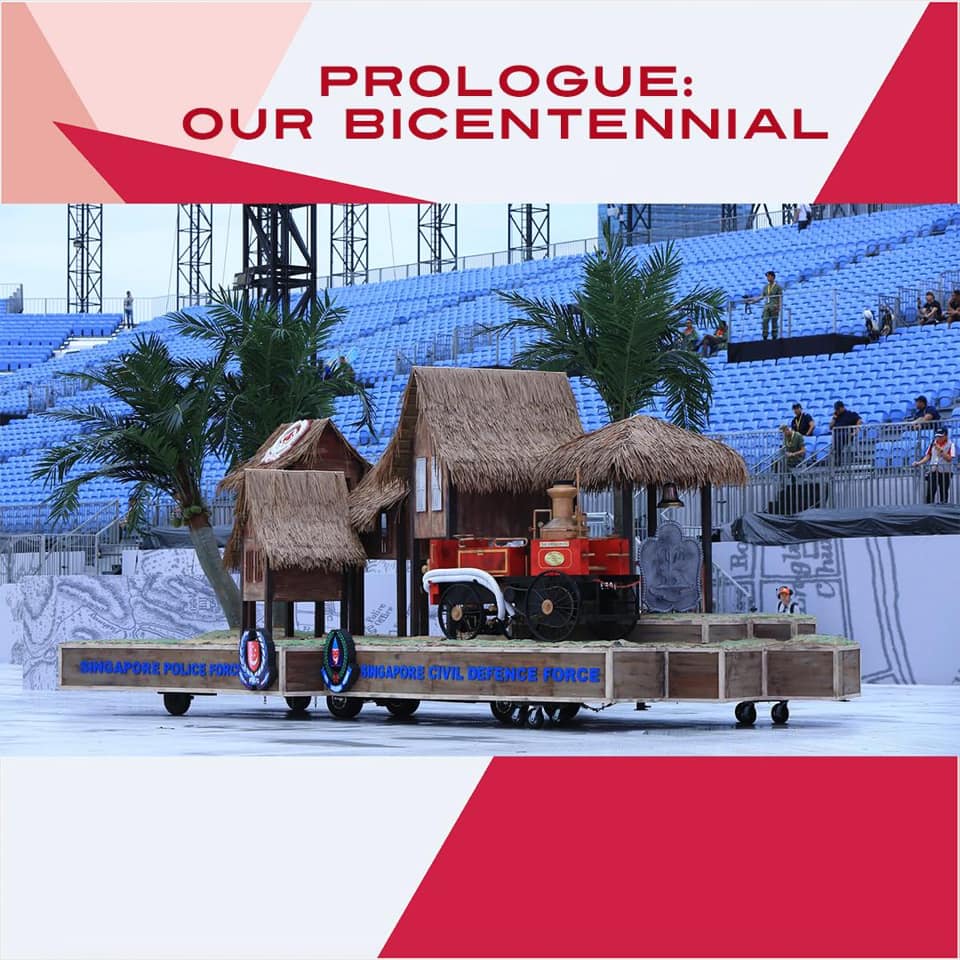 For the first time, the Singapore Armed Forces (SAF) and HomeTeam Volunteer Corps will appear as a marching contingent in Act 1. The traditional flypast will be enhanced, with the Multi-Role Tanker Transport on display. 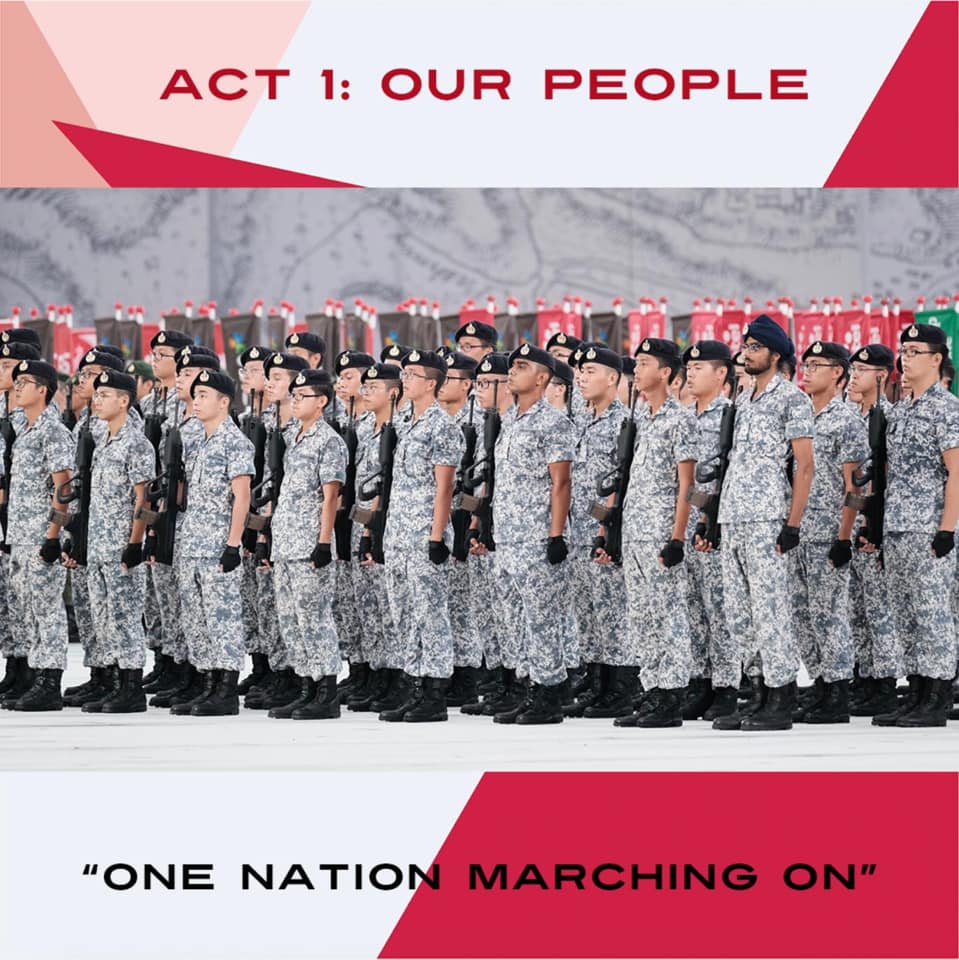 Act 2 will see the Mobile Column returning to the Padang, as a tribute to its first appearance 50 years ago. 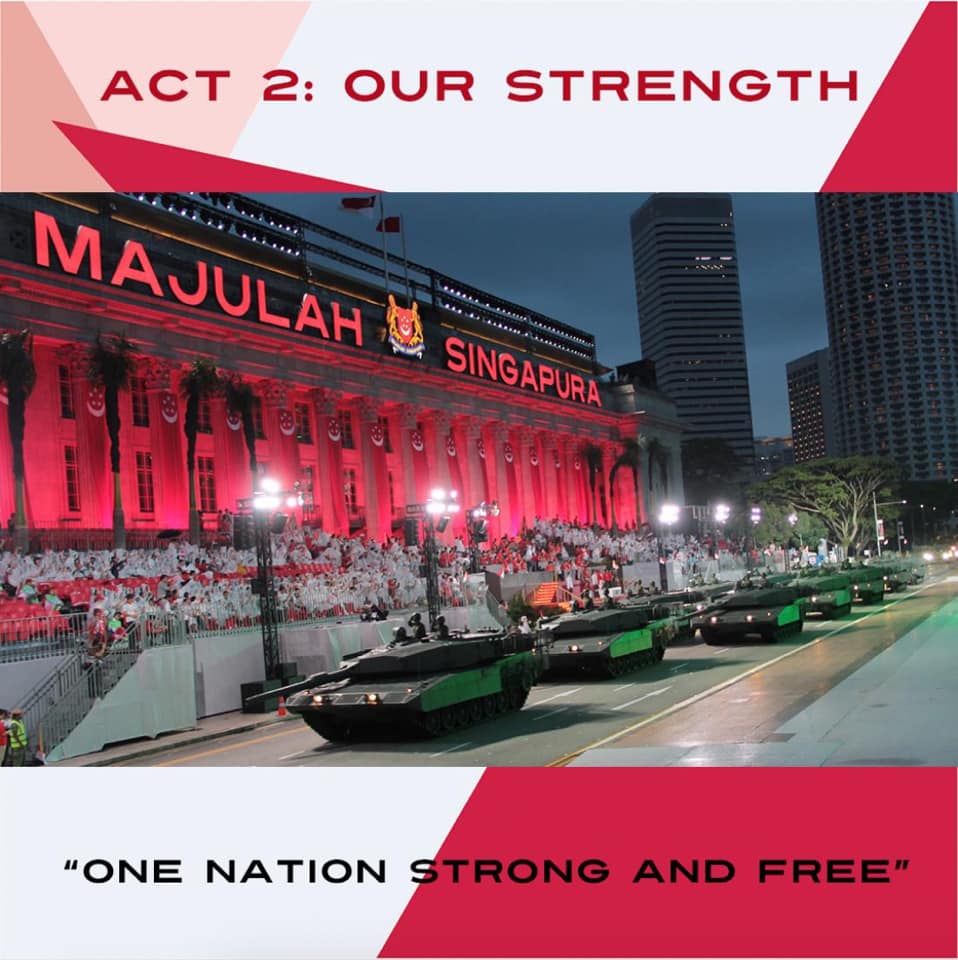 While Act 4 will screen a short film featuring four stories of Singaporeans who have shown resilience and courage in overcoming their fears and challenges. 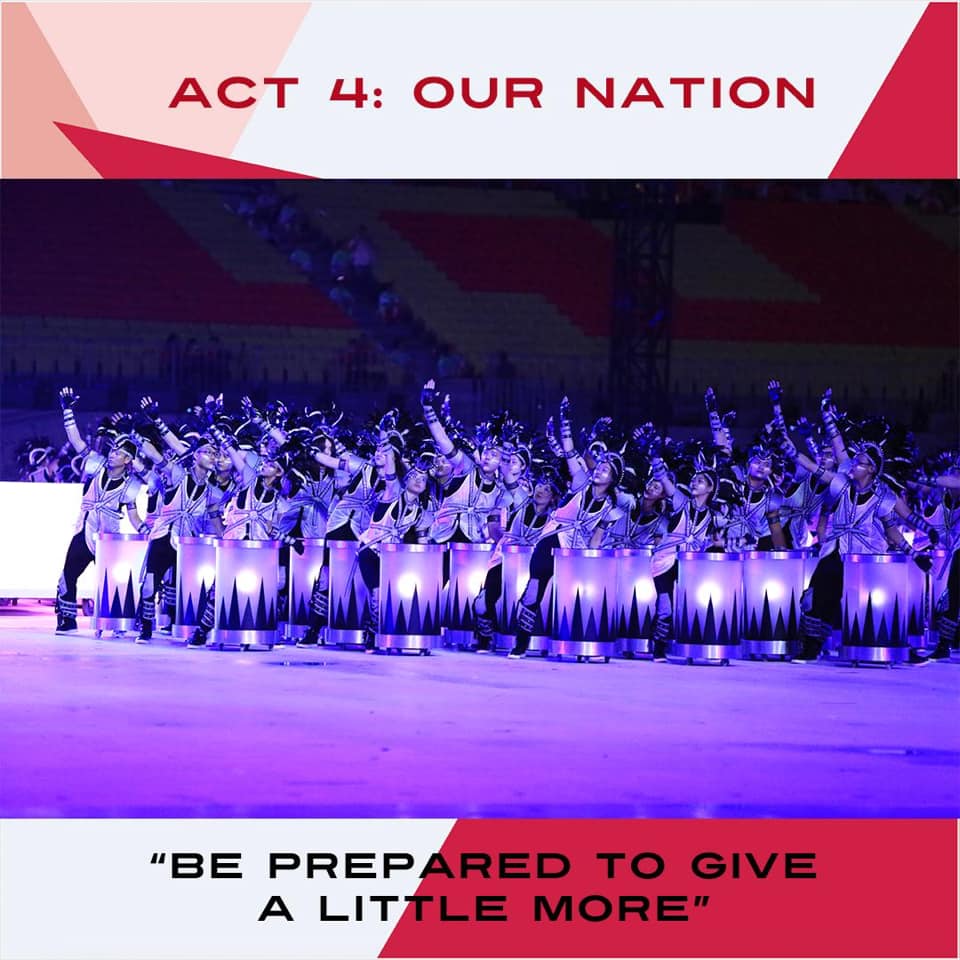 In the final act, Singaporean singers will assemble to sing this year's theme song, a mash-up of two NDP songs We Will Get There and Our Singapore. 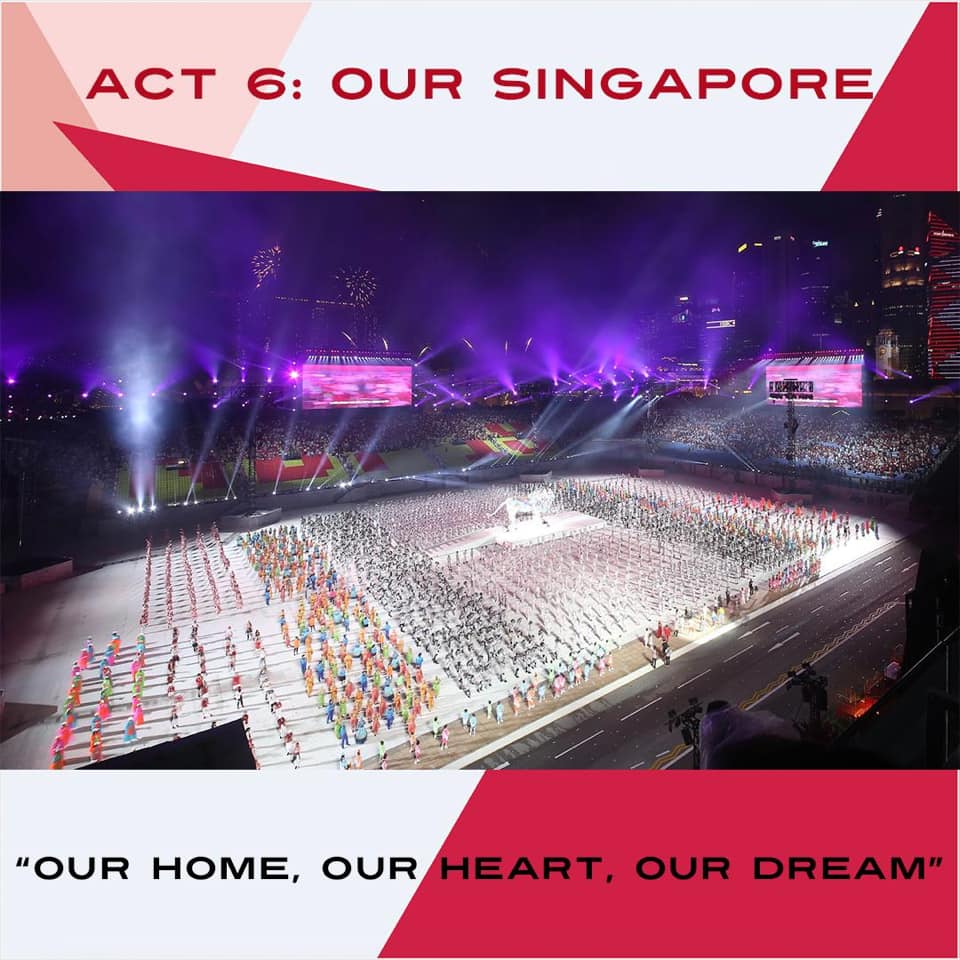 Participants will be given LED wristbands to wear that will light up in tandem with the show's performances.