A series of billboards across the Greater Toronto Area (GTA) are thanking India and Prime Minister Narendra Modi for providing COVID-19 vaccines to Canada at the request of Canadian PM Justin Trudeau. 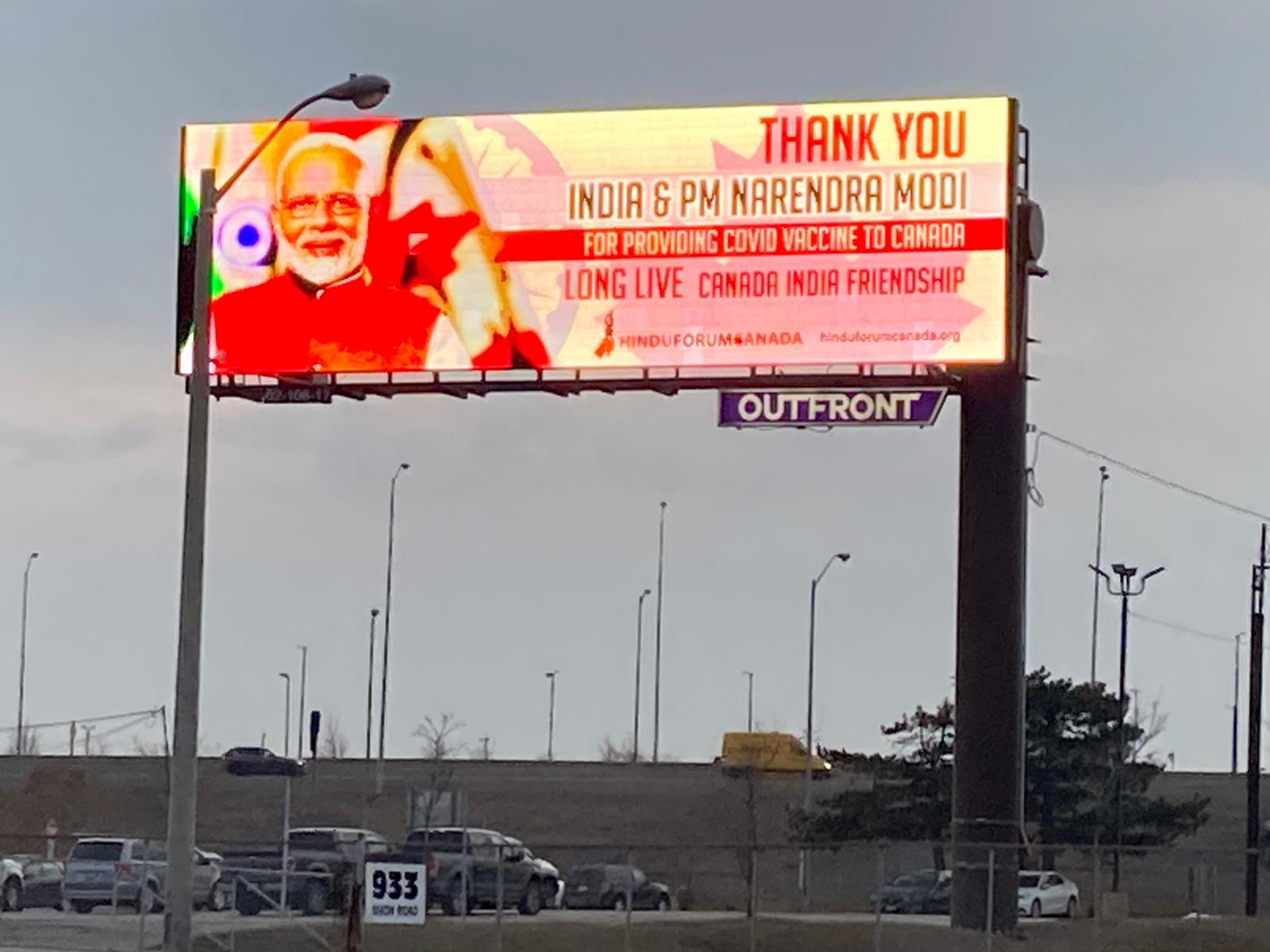 A total of nine billboards over major highways in the GTA with the message went live on Wednesday. Photo courtesy: Twitter/@ANI

India has been at the forefront of supplying vaccines to various nations in the world and the gesture has earned accolades from allies and global bodies such as the World Health Organisation (WHO).

The billboards, sponsored by Indo-Canadian community group Hindu Forum Canada, feature an image of Modi against the backdrop of the flags of India and Canada, and reads, “Thank You, India & PM Narendra Modi”, adding, “Long Live Canada-India Friendship”.

A total of nine billboards over major highways in the GTA with the message went live on Wednesday with four more locations scheduled for Monday in the town of Brampton.

Rao Yendamuri, president of Hindu Forum Canada, said that the campaign's objective is to highlight the natural friendship between Canada and India and this positive development with India sending vaccines to Canada.

A total of two million COVID-19 vaccine doses will be exported to Canada by mid-May under the agreement, while India has not ruled out additional consignments.