India’s gargantuan repatriation operation, Vande Bharat Mission, in the wake of the COVID-19 pandemic, gathers momentum as the first of two flights landed in Kerala yesterday.

The first two flights to India carrying 363 people from the UAE, with passengers from Abu Dhabi and Dubai landed in Kochi and Kozhikode late in the evening yesterday.

The External Affairs Minister of India Dr.S. Jaishankar tweeted his congratulations to the team.

All passengers completed health tests and other check-in procedures before boarding and will go into quarantine for two weeks upon landing.

The Indian consulate in Dubai tweeted that a last passenger Ajith, who wanted to attend final rites of his mother, was added after one passenger dropped out.

The consulate added that it was “a big satisfaction to serve all.”

Air India Express Flight left for Kozhikode with 177 passengers on boardwith last passenger Ajith was added to attend final rites of her mother after one passenger dropped out due to immigration issue. A big satisfaction to serve all. @MEAIndia @IndembAbuDhabi @MOS_MEA @MoCA_GoI pic.twitter.com/NS1N8hZiDG

Comprising mostly pregnant women, the stranded, sick, elderly, unemployed and those who had lost their loved ones back home, they were greeted with hand sanitizers by the Air India Express crew in PPE . 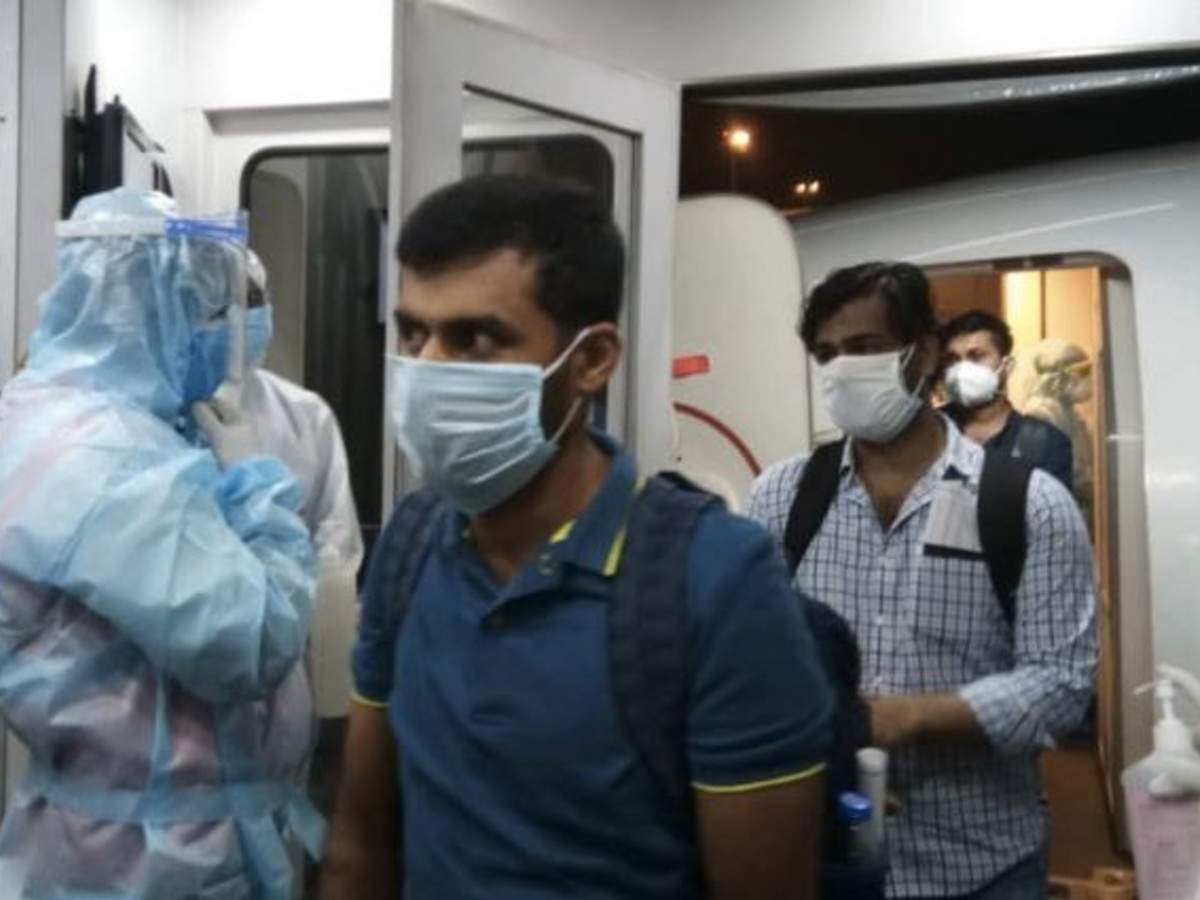 Passengers were greeted with hand sanitizers and by the Air India Express crew in PPE once they boarded the aircraft. Photo Courtesy: Twitter

Some of them are hoping to return to Dubai even though they are going on a sad note after losing their jobs.

Several people who had lost their jobs are going on the flight. pic.twitter.com/E5RSwMLItW

The UAE government had earlier said that the employers should bear the repatriation cost of all the workers that they had employed.

200,000 Indian expats have registered on our missions' website for the Vande Bharat Mission, billed as the largest civilian operation in the world. It will continue for two weeks.

The Indian consulate and  embassy in UAE stood at the frontline to assist all the passengers as a team.

Ambassador Pavan Kapoor from the Indian embassy in UAE (@AmbKapoor) saw off all the passengers till the last point of boarding at the Abu Dhabi airport.

Many of the stranded passengers were feeling emotional about returning to their motherland after days of waiting and proudly held the Indian tricolour flag as they departed.

Meanwhile repatriation flights from UAE have landed in Pakistan too, with 63,000 Pakistani expats registered in their mission.