Addressing a virtual seminar on ‘Atmanirbhar Bharat’ organised by the Jaipur Foot USA, Indian Minister of State for Defence Shripad Yesso Naik said the Indian diaspora around the world can play a crucial role in making India self-reliant. 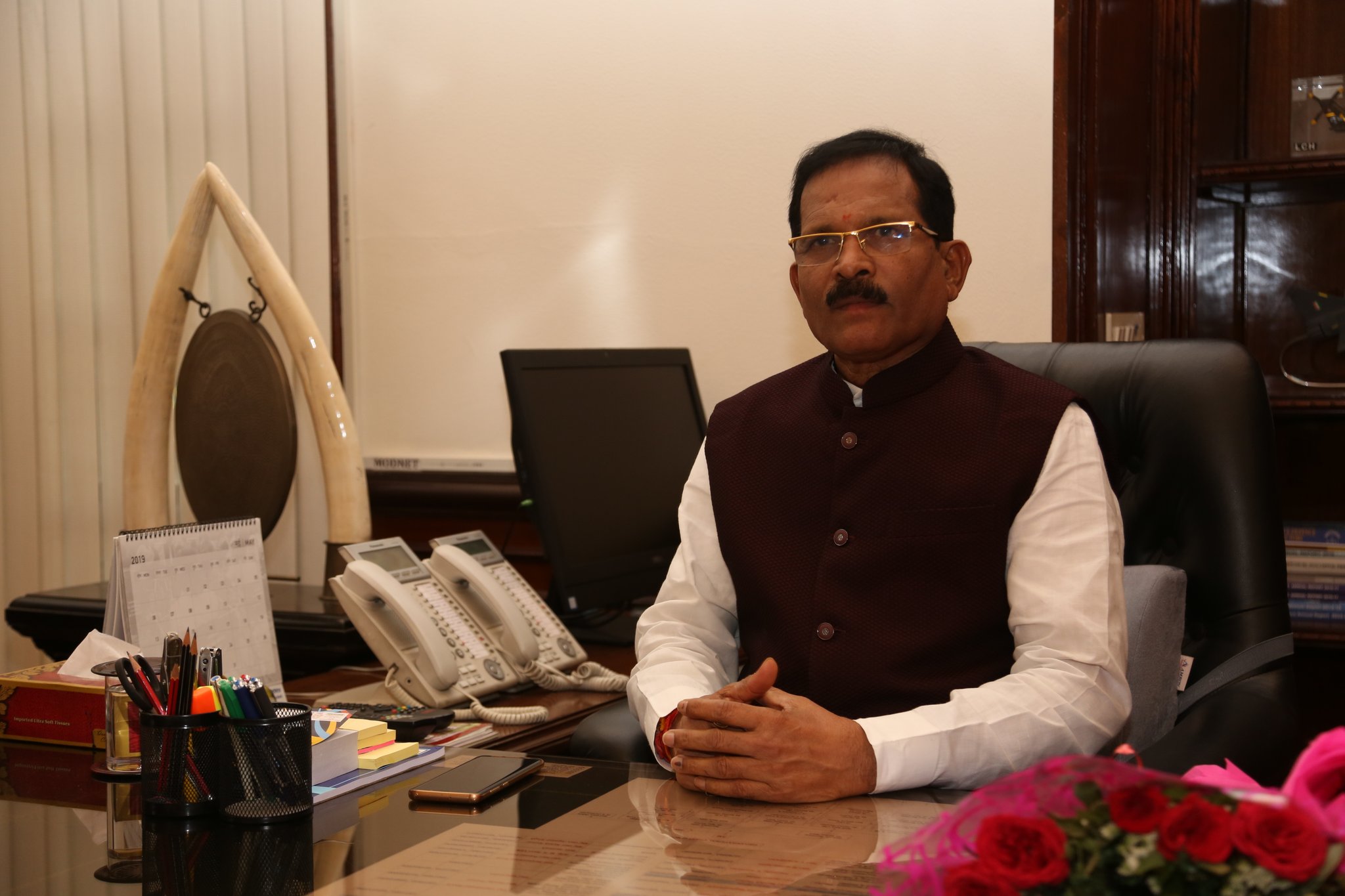 Naik also said the economic package of INR 20 lakh crore announced by Prime Minister Narendra Modi in the wake of the coronavirus pandemic is equivalent to 10 per cent of the country's GDP. Photo courtesy: Twitter/@SpokespersonMoD

“The objective of the Atmanirbhar Bharat Abhiyaan is to make India independent against the tough competition in the global supply chain and to empower the poor adversely affected by COVID-19,” he said, adding that a self-reliant India that is a manufacturing hub can help other nations as well.

The Indian diaspora can also play a very important role in achieving the goal of a self-reliant and resilient India, he added.

He also said the economic package of INR 20 lakh crore announced by Prime Minister Narendra Modi in the wake of the coronavirus pandemic is equivalent to 10 per cent of the country's GDP.

Addressing the webinar, senior RSS leader Indresh Kumar said India is “taking great strides” under the leadership of Modi and the “country will emerge stronger" from the coronavirus crisis.

"Under the leadership of Modi, India has taken strong measures on various fronts, be it combating terrorism or gender equality," he said.

The speakers also paid homage to the Indian soldiers who made the supreme sacrifice during the Kargil War as the nation commemorated the 21st anniversary of India's victory over Pakistan.

Jaipur Foot USA chairman Prem Bhandari underlined the philosophy of ‘Vasudhaiva Kutumbakam’ and said a self-reliant India would benefit other nations as well.