Indian toddler’s death may lead US to frame new law 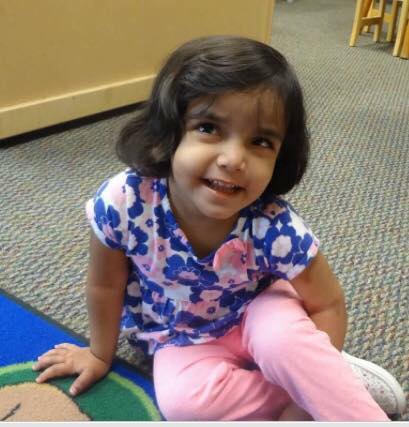 There are laws from other states in the US that address this, but not Texas. Photo courtesy: Facebook@Love & Justice for Sherin “Saraswati” Mathews

On the night before she died, Sherin was left at home alone for at least 90 minutes, while her Indian-American adoptive parents went out for dinner. On October 22, Sherin was found dead in a culvert in Richardson city in suburban Dallas over two weeks after she was reported missing by her Indian-American foster father, Wesley Mathews.

Two Texas residents, Reena Bana and Shanna Poteet, were inspired by Sherin’s death, and together created the proposed law, which they hope to bring before the Texas state legislature. "With Sherin, we draw the line. It's enough. It's time to make a change," Reena Bana told television station WFAA.

Richardson Police has said that Wesley had told investigators that he, his wife Sini and their biological daughter went out for dinner on October 6, the night prior to Sherin's disappearance.

Wesley first told the police he made Sherin stand next to a tree at 3 am outside their home as punishment for not drinking her milk. After Sherin's body was found, he changed his story saying the girl choked to death while drinking milk.

"With Sherin, we draw the line. It's enough. It's time to make a change," said Reena Bana, an advocate for missing or abused children and domestic issues.

It is a change they would hope to title "Sherin's Law."

Sini Mathews has been charged with abandoning a child, a felony offense which carries a sentence of two to 20 years.

The proposed Sherin's Law would also make it a felony for not reporting a missing child within a few hours. According to Richardson police, Wesley reported about his missing daughter hours after he claimed she disappeared on October 7.

There are laws from other states in the US that address this, but not Texas.