Indian teacher Ranjitsinh Disale was announced the winner of the Global Teacher Prize 2020 at a virtual ceremony broadcast from the Natural History Museum in London. 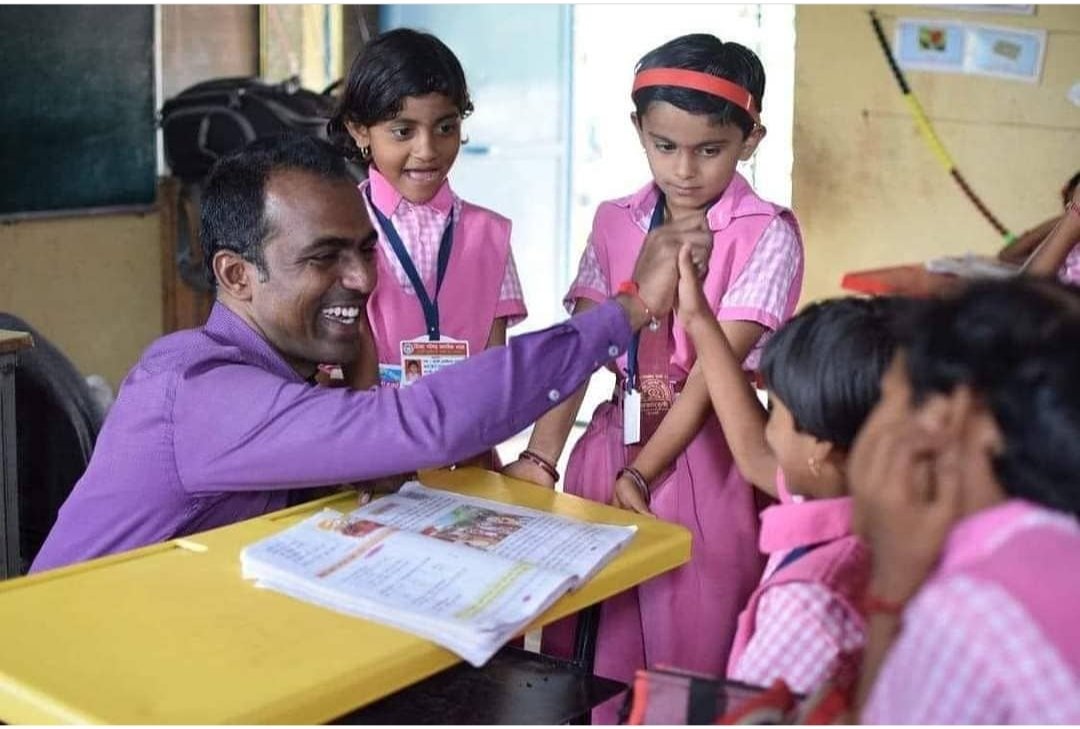 Disale also started a project of promoting girls’ education and triggering a quick-response (QR)-coded textbook revolution, which soon spread from the district to the state, and then to the entire country. Photo courtesy: Twitter/@silverlightgal

Disale, a 32-year-old Zilla Parishad primary school teacher from Solapur’s Paritewadi village in Maharashtra, opted to split half the million-dollar prize with his fellow finalists.

He was selected from 12,000 nominations from over 140 countries around the world.

“It would be unfair to take it all alone… look at their work, it’s exceptional. I believe teachers can bring real change and I want each one of us to get an equal chance to do so,” he said.

The Global Teacher Prize is an annual award sponsored by the United Nations' educational and cultural agency UNESCO and instituted by the Varkey Foundation. It is awarded to a teacher who has made an outstanding contribution to the profession. Launched in 2014, nominations are open worldwide to teachers.

After applying for the award, Disale went through a long procedure and was selected to the top 100. Disale faced interviews, audit and verification by PWC and other third party agencies. He said it has been several months since the process started.

He arrived at the Zilla Parishad Primary School in 2009 and, in the intervening years, transformed school attendance among the surrounding tribal community from 2 per cent to 100 per cent.

Disale also started a project of promoting girls’ education and triggering a quick-response (QR)-coded textbook revolution, which soon spread from the district to the state, and then to the entire country.

He began by translating textbooks into the pupils’ mother tongue. But his groundbreaking work was embedding these textbooks with unique QR codes, which students could scan and then get instant access to audio poems, video lectures, stories and assignments.

Disale stated the prize money would go towards establishing a Teachers Innovation Fund, which will help teachers like him fund ideas for the future of children.