An Indian student in Singapore was yesterday sentenced to five months in jail for molesting a woman last year, according to a media report. 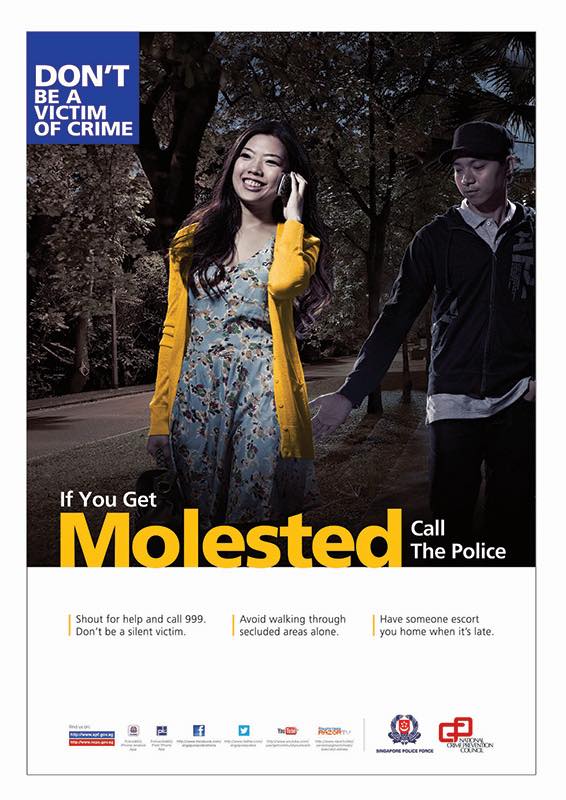 Ravi Kumar, 27, was jailed for molesting a 27-year-old woman in Redhill housing estate on the night of September 9, The Straits Times reported. Kumar was drinking beer with his friend when he saw the victim with her sister at Block 84, Redhill Lane, and struck up a conversation with her.

Ravi stood up and gave 10 dollars to the victim’s sister and told her to “buy drinks”. He then sat next to the victim, put his arm around her shoulder and tried to molest her, reports said. The victim scolded him and called the police.

The Singapore Police Force issued a statutory warning against molestation on their Facebook page.

“If you are taking public transport, be alert and attentive to your surroundings. Where possible, move away if someone stands or sits exceptionally close to you,” it read.

“If you are molested, seek help immediately from fellow commuters and the bus captain or station master. Take note of the prominent features and attire of the suspect as well as the direction in which he or she went. Call ‘999’ as soon as possible to increase the chances of apprehending the suspect early. If it is safe to do so, the victim or other witnesses of the crime may assist to detain the suspect while waiting for the Police to arrive,” it added.

In a recent case, the police arrested a 20-year-old man believed to be involved in two cases of Outrage of Modesty. Two women, both aged 28, reported to the Police that they were molested by an unknown man along Circuit Road and Balam Road on 12 and 15 August 2017.