Indian startups will get their chance to showcase their specialities in the United Kingdom (UK) market as TechXchange, a programme aimed to provide exposure to Indian startups at a global level, is set to be held once again. 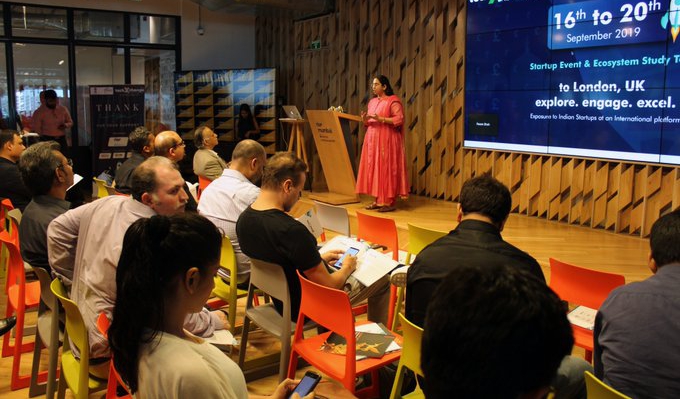 In preparation for the event, the High Commission had also organised a pre-departure networking event on August 17, 2019, at Rise Mumbai. Photo courtesy: Twitter/@techXchange2019

The event will be jointly organised by the High Commission of India and Indian business organisation FICCI UK in London between September 16 and 20, 2019. Around 15 startups have been selected to attend the five-day event, including Bobble AI, Cashify and CreditMate.

Before selection, the startups went through a four-part qualifying round, which tested the uniqueness of the product or service, global utilisation, initial funding and annual turnover.

In preparation for the event, the High Commission had also organised a pre-departure networking event on August 17, 2019, at Rise Mumbai. The event was opened by a representative from High Commission of India, British Deputy High Commissioner Peter Cook, FICCI-UK Director Dr Param Shah and TechXchange India Co-Chair Sunil R Parekh.

The event will also be attended by internationally renowned businessmen, investors, decision-makers, partners and venture capitalists. This is the second edition of the TechXchange, which was launched in June 2018 by the High Commissioner of India to the UK.