Indian President Droupadi Murmu is in London to attend the state funeral of Queen Elizabeth II and offer condolences on behalf of the Indian government. 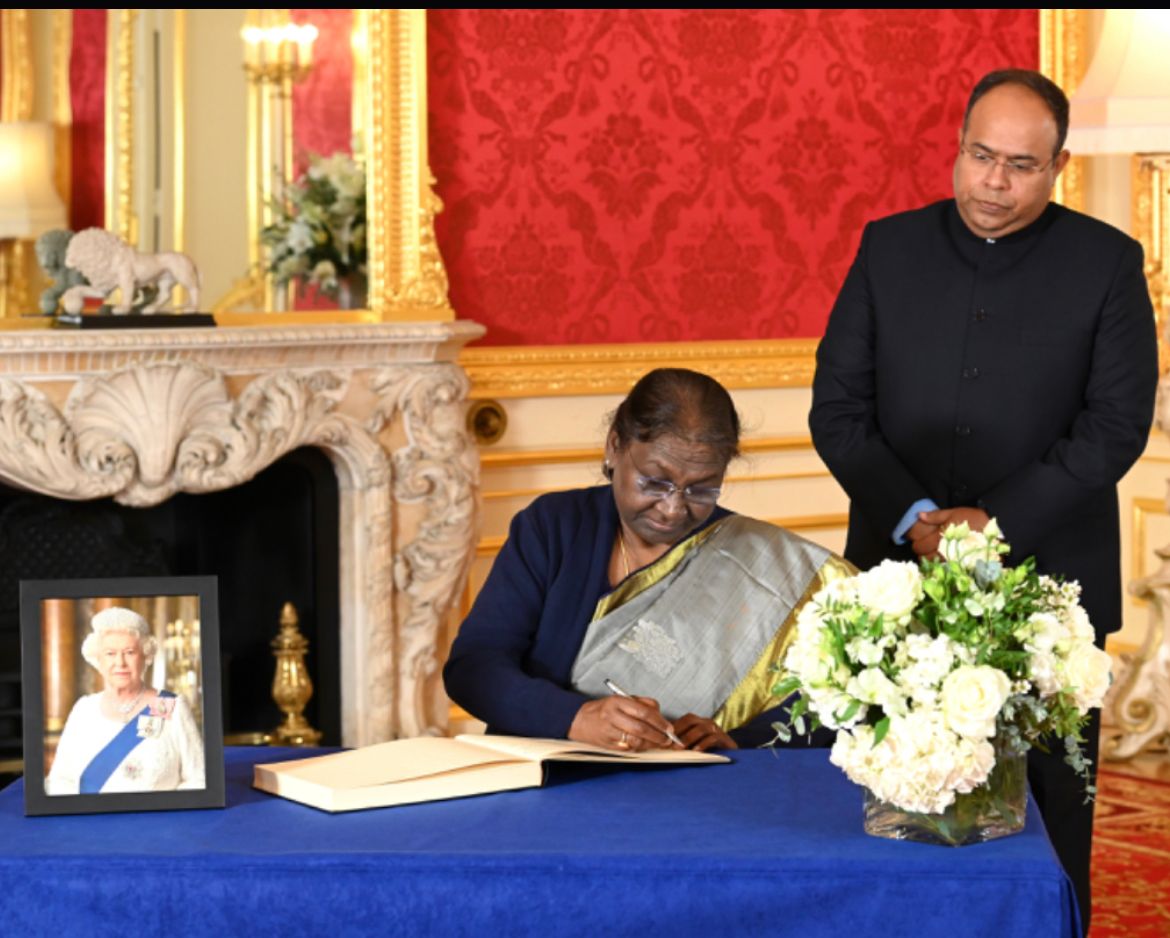 Murmu is on a three-day visit to the UK, from September 17 to September 19. Photo courtesy: Twitter/@rashtrapatibhvn

Queen Elizabeth II passed away on September 8 at the age of 96 at the Balmoral Castle in Scotland. Her funeral will take place on September 19 at Westminster Abbey in London.

Murmu is on a three-day visit to the UK, from September 17 to September 19, during which she will attend the Queen’s funeral service. President Murmu was also invited to a reception for world leaders hosted at Buckingham Palace by King Charles III yesterday evening.

Earlier, the official handle of Rashtrapati Bhavan tweeted, “President Droupadi Murmu emplanes for London, United Kingdom, to attend the state funeral of H.M. Queen Elizabeth II and offer condolences on behalf of the Government of India.”