Making the announcement, Indian External Affairs Ministry spokesperson Raveesh Kumar said Modi is also expected to participate in a number of other events during the visit.

“PM will make an official visit to Singapore to attend the 13th East Asia Summit and associated meetings on November 14th and 15th,” he said. 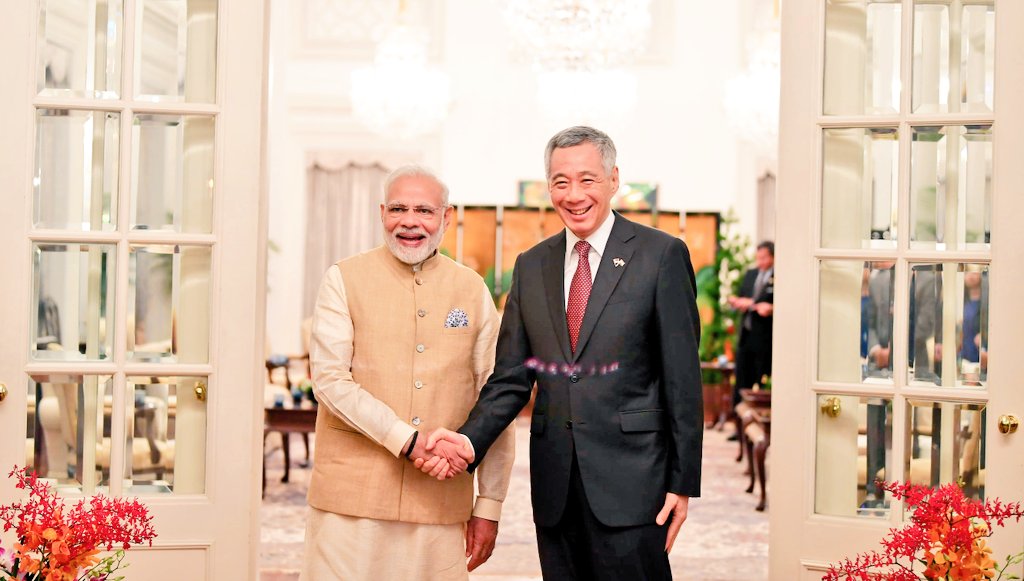 RCEP is expected to be the world's largest regional trading bloc, with nearly 45 per cent of global population and combined gross domestic product of USD21.3 trillion (SGD29.38 trillion).

Besides attending the important meetings, PM Modi is also scheduled to deliver a keynote address at the Singapore Fintech Summit. It is the biggest fintech event in the world which is expected to attract more than 30,000 people including influential entrepreneurs, leaders and experts.

In the Fintech festival, India has the highest number of exhibitors numbering 400.

At the Singapore Expo Convention Centre, Modi will also launch a platform to connect Indian fintech companies with Asean banks and financial institutions. 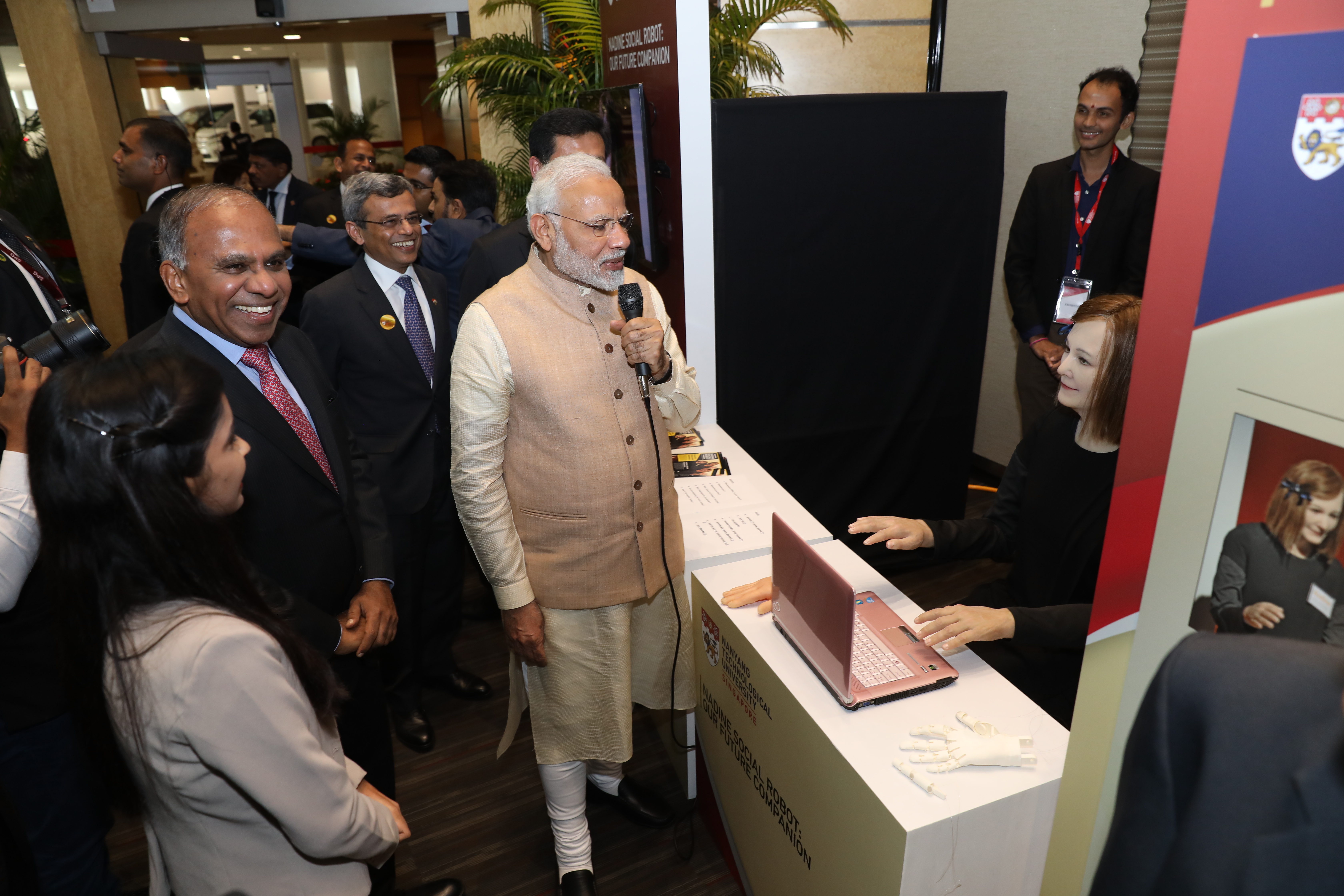 PM Modi will also present awards to the winners of the first hackathon between Indian and Singaporean students. The final of the hackathon, which will see the participation of 60 students each from India and Singapore, will be held at Nanyang Technological University on November 12 and 13.

PM Modi will attend the RCEP meeting in the evening of November 14, followed by the East Asia gala dinner at the Suntec Convention Centre.

He will also hold bilateral talks with Singapore Prime Minister Lee Hsien Loong and other leaders that day.

During his last visit to Singapore in June, PM Modi has praised Singapore, saying that the island nation “shows us that when the oceans are open, the seas are secure, countries are connected, the rule of law prevails and the region is stable, nations small and large prosper as sovereign countries”. He said that Singapore has a special place in India’s heart.

“Singapore is our springboard to the ASEAN. It has been, for centuries, a gateway for India to the broader East,” he added. 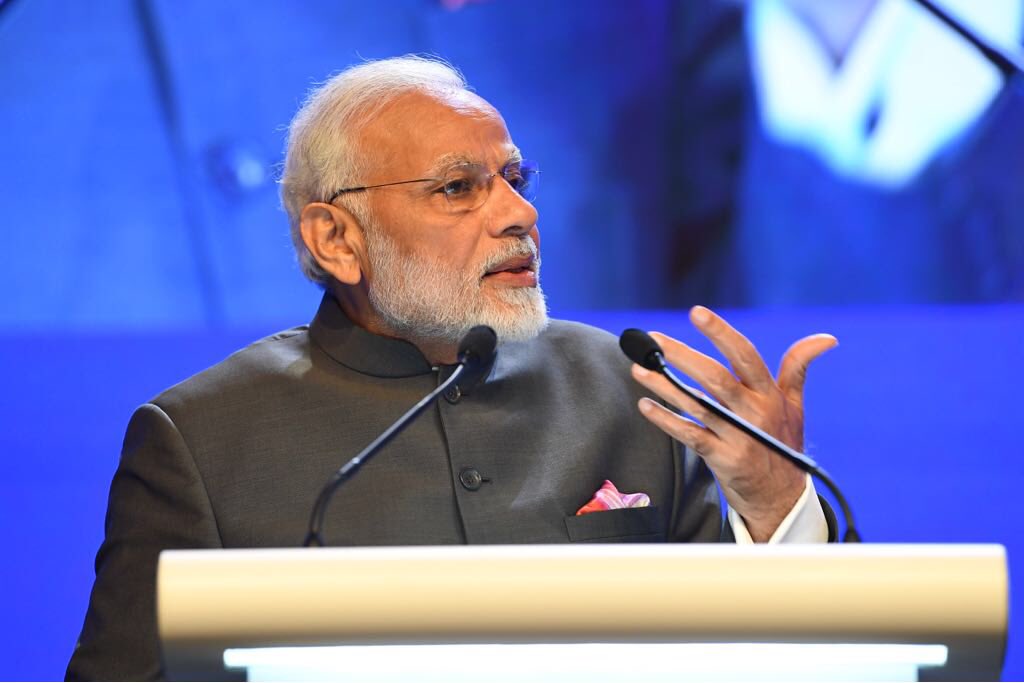 PM Modi delivering the opening address at the Shangri-La Dialogue during his last visit to Singapore in June 2018. Photo courtesy: Twitter/@MEAIndia

On November 15, Modi will have breakfast with Asean leaders at Suntec Centre. It will be followed by a lunch retreat involving the leaders  who will be attending the East Asia Summit (EAS).

The East Asia Summit is a premier forum in the Asia-Pacific region. Since its inception in 2005, it has played a significant role in the strategic, geopolitical and economic evolution of East Asia.

The annual ASEAN summit is also taking place in Singapore next week beginning from November 11.

However, there will be no ASEAN-India summit during the annual congregation of the powerful grouping.

The ASEAN-India summit was held in January this year when leaders from all 10 ASEAN nations visited India to attend the Republic Day celebrations.