Danish Siddiqui, an Indian photojournalist based in Afghanistan was killed while covering a clash between Afghan security forces and Taliban fighters in Spin Boldak district of Kandahar city.

He was on a reporting assignment embedded with the Afghan Special Forces. 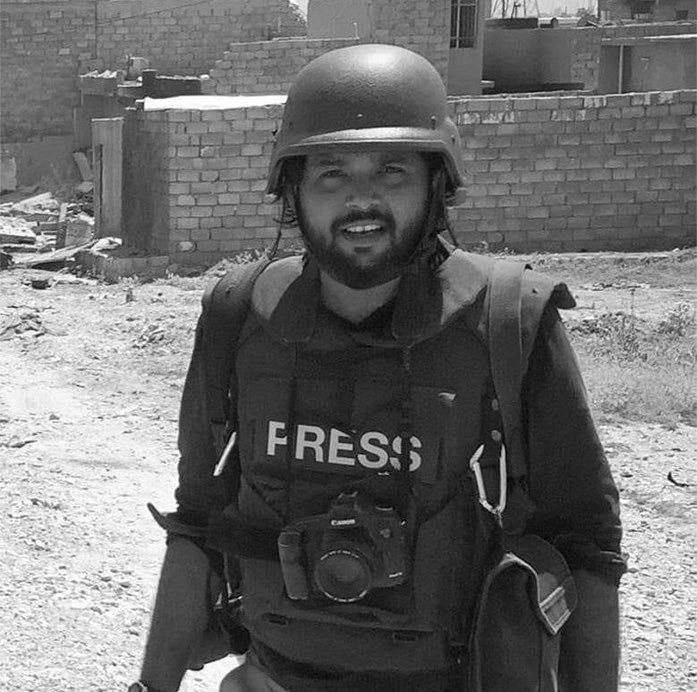 As a photojournalist, Siddiqui covered a wide range of issues across the world. Photo courtesy: Twitter/@_YogendraYadav

Celebrities, politicians, diplomats, senior journalists and activists were among those who condoled his passing on social media.

Danish Siddiqui, a Pulitzer Prize-winning photojournalist, had started his career as a television news correspondent and later switched to photojournalism. He was a photojournalist with international news agency Reuters.

Farid Mamundzay, the Afghanistan’s Ambassador to India, tweeted, "Deeply disturbed by the sad news of the killing of a friend, Danish Seddiqi in Kandahar last night. The Indian Journalist & winner of Pulitzer Prize was embedded with Afghan security forces. I met him 2 weeks ago before his departure to Kabul. Condolences to his family & Reuters."

"My condolences to the family and friends of Danish Siddiqui. I appeal to GOI to facilitate bringing his mortal remains back home at the earliest," COngress leader Rahul Gandhi tweeted.

As a photojournalist, Siddiqui covered a wide range of issues across the world. Some of his major works include covering the wars in Afghanistan and Iraq, Rohingya refugees crisis, COVID wave in India, Hong Kong protests and Nepal earthquakes.

In 2018, Danish Siddiqui and his colleague Adnan Abidi had won the Pulitzer Prize for Feature Photography for documenting the Rohingya Refugee Crisis as part of the Reuters team.