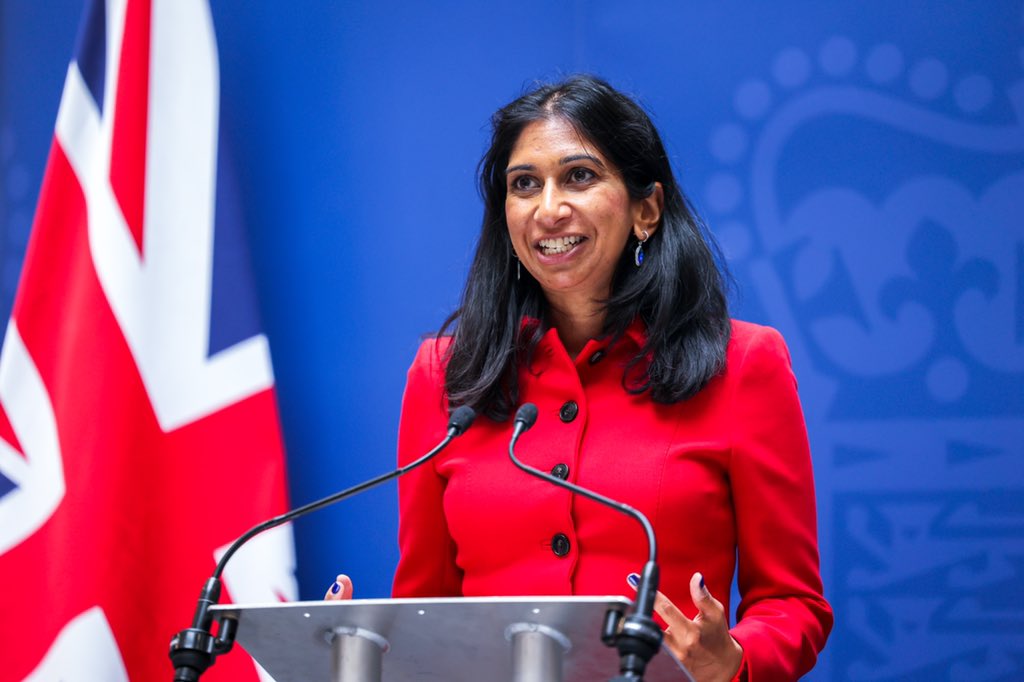 Braverman said in her resignation letter that she had "serious concerns" the prime minister was breaking manifesto promises. Photo courtesy: Twitter/@ukhomeoffice

Braverman, in her resignation letter, stated she was resigning to take responsibility for mistakenly using her personal email to send an official document to a colleague.

While calling it a "technical infringement" of government rules, she wrote in her resignation letter: "I have made a mistake; I accept responsibility; I resign."

Within hours, Truss's office announced that she would be replaced by Grant Shapps, a former transport minister under ex-premier Boris Johnson. Shapps pledged to work to achieve "the sort of security that the British people need".

He said he accepted that Truss's government has had "a very difficult period" but that new finance minister Jeremy Hunt had done "a great job of settling the issues relating to that mini budget."

Truss has faced widespread criticism for failing to step down herself, after forcing her finance minister Kwasi Kwarteng to take the blame for a disastrous budget.

The government's September 23 mini-budget - which slashed a host of taxes without curbing spending - sent bond yields spiking and the pound collapsing to a record dollar low on fears of rocketing UK debt.

Braverman said in her resignation letter that she had "serious concerns" the prime minister was breaking manifesto promises.

"Pretending we haven't made mistakes, carrying on as if everyone can't see we've made them, and hoping things will magically come right is not serious politics," she wrote.

My letter to the Prime Minister. pic.twitter.com/TaWO1PMOF2

Braverman spent just 43 days in the role of home secretary, and her departure is the latest crisis unleashed by the government's budget.

Despite the chaos engulfing her government, Truss vowed earlier yesterday that she would not quit as she faced booing lawmakers at her first parliamentary questions since abandoning her flagship plan.

Opposition Labour leader Keir Starmer asked the House of Commons: "What's the point of a prime minister whose promises don't even last a week?"

Opposition parties are demanding she stand down and a general election - not due for two years - be held. Under current party rules, Truss cannot be challenged by a no-confidence vote in her first year, but speculation is rife that the rules could be changed to allow for a ballot.