Gayathri Bose, an Indian-Singaporean was reportedly ‘humiliated’ by German police, asking her to squeeze her breast at Frankfurt airport to prove that she was lactating.

According to a report by BBC, Gayathri was ‘humiliated’ and ‘very traumatised’ by the experience and is seeking a legal action. Gayathri has claimed that the police at Frankfurt Airport was suspicious because she was carrying a breast pump but didn’t have the baby along.

What went wrong?
Gayathri, who was on her way to board a flight to Paris last Thursday was stopped and taken aside for questioning. "[They had] an incredulous tone." You are breastfeeding? Then where is your baby? Your baby is in Singapore?," she said. 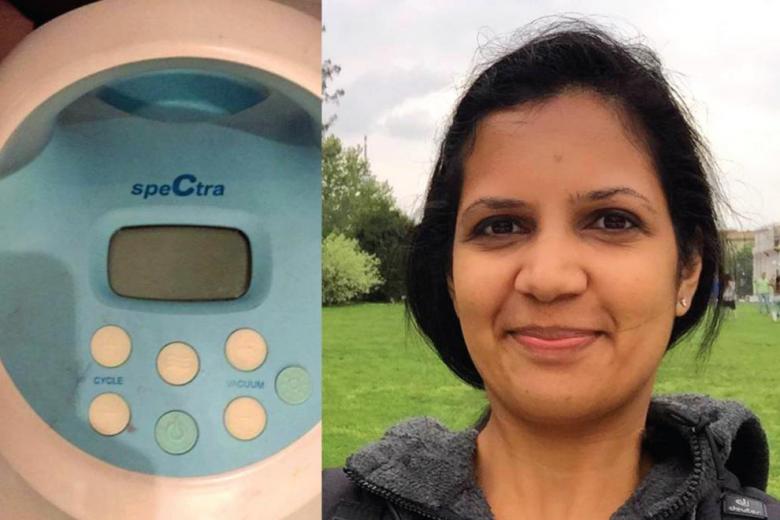 The police at Frankfurt Airport was suspicious because Gayathri was carrying a breast pump but didn’t have the baby along. Photo: Gayathri Facebook page

After keeping her passport aside, she was then led to a room by a female officer who asked her press her breast to prove that she was lactating, "She asked me to open up my blouse and show her my breast... She wanted me to show her by hand- expressing a little," claimed Gayathri.

"It was only when I came out of the room that I began to slowly understand what had just happened. I just started to cry, I was terribly upset," she said further.

However, after the fiasco, she was allowed to board her plane to Paris.

Post fiasco
Gayathri has explained how humiliated she felt after the incident. She said, "When they finally cleared me of the matter, I told them that this is not the way to treat someone. I said "Do you know what you just did to me, you made me show my breast.”

"The officer just said, 'Okay it is over now, please go',” said an upset Gayathri.

Aviation experts have slammed this behaviour of German police and called it ‘ridiculous’.