Following the death of their eight-year-old son in a road accident, the Indian-origin parents are calling for a review of the United Kingdom's 'smart motorways' system. 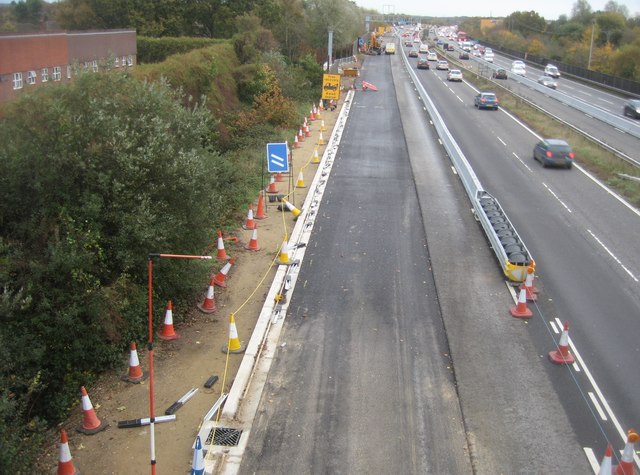 The section of M6 where Dev was killed is described as a "dynamic" smart motorway because the hard shoulder can be turned on and off as a live lane. Photo courtesy: geograph.org.uk

Dev Naran was pronounced dead at the scene of a collision between a truck and a car on the M6 motorway near Birmingham last year. At an inquest this week, West Midlands area coroner Emma Brown tasked Highways England to explore ways of helping stranded passengers on the new system of fluid lanes on a highway.

Parents Meera and Dilesh Naran are backing the call and also want a campaign to educate motorists about the use of smart motorways.

The section of M6 where Dev was killed is described as a "dynamic" smart motorway because the hard shoulder can be turned on and off as a live lane.

The inquest heard how Dev Naran's grandfather had pulled his Toyota Yaris onto the hard shoulder in search of safety shortly before the devastating impact of the collision.

Keith Barrett, the family's lawyer, said the coroner was "issuing the strongest warning available" to "raise the alarm over the entire concept of smart motorways and how they are monitored. Such a system must not be allowed to put more lives at risk."

A Highways England spokesperson said any death on its roads was "one too many", and it takes safety "very seriously", insisting research proves smart motorways are safer than conventional ones due to speed limits and less congestion.