The US will not tolerate Pakistan providing safe havens to terrorists, America's envoy to the UN Nikki Haley has said. She also backed the creation of a strategic alliance with India to fight terrorism and maintain peace and stability in the Indo-Pacific region, PTI reported. 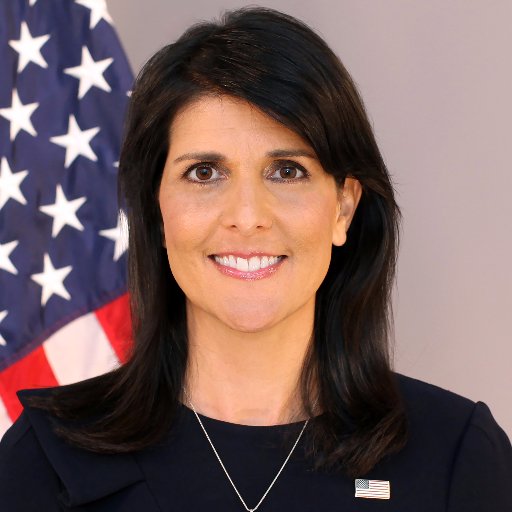 Indian-origin Haley, in her keynote address to the 20th annual Legislative Conference of the Indian American Friendship Council, also strongly condemned the terrorist attack in New York that killed eight persons.
She said that the US recently embarked on a new strategy for combating terrorism in Afghanistan and South Asia.

One of the pillars of that strategy is the development of America's strategic partnership with India.

“America's overriding interest in Afghanistan and throughout South Asia are to eliminate the terrorist safe havens that threaten US and to keep nuclear weapons out of the hands of terrorists,” Haley said.

The US, she said, would use all of the elements of its national power, economic diplomatic and military to pursue these goals.

"And critically, we will look to our economic and security partnerships with India to help us. We expect India to do more in Afghanistan, particularly in economic and development assistance," she added.
The US, she said, is also approaching its relationship with Pakistan differently.

"In many instances Pakistan has been a partner to the United States...But we cannot, tolerate its government or any other government giving safe haven to terrorists who target Americans. We will not tolerate it and we're communicating that message to Pakistan more strongly than in the past," Haley said.

She asserted that the US expects changes. She underscored the importance of the India-US relationship in not only the global fight against terrorism, but also in maintaining peace and stability in the Indo-Pacific region.

Haley said that the June meeting between US President Donald Trump and Prime Minister Narendra Modi was quite successful, as she praised India's responsible role in the international community.

"India has long been a nuclear power. And nobody gives it a second thought. Why is that? Because India is a democracy that threatens no one," she said, adding that more than any other two leaders before them, Donald Trump and PM Modi are committed to building on this partnership of shared values.

"Our goal is to create a new strategic alliance between India and the United States, one that benefits to security and prosperity of both our nations in the world," she said.

Critically, both nations have felt the pain of terrorism, she said.

"We share a commitment to defeating terrorists and the hateful ideology that motivates them," Haley said. Noting that the partnership between India and America is strong and it will keep getting stronger, she said the two countries have a shared vision for global peace security and prosperity.

Of the view that this is an exciting time to be an Indian-American, she said the world centre of gravity is shifting to the Indo-Pacific region.

"When you look at the strongest countries in that broad region, you see healthy and robust democracies like India, Japan and Australia, all countries that share deep values and friendships with the United States," she said.

"Today the United States and India have a great opportunity to create an emerging partnership that dominates economic and technological innovation," Haley said.