The Indian-origin chief of one of the United Kingdom's leading medical associations has urged British Prime Minister Boris Johnson to ramp up funding for the country's state-run National Health Service (NHS). 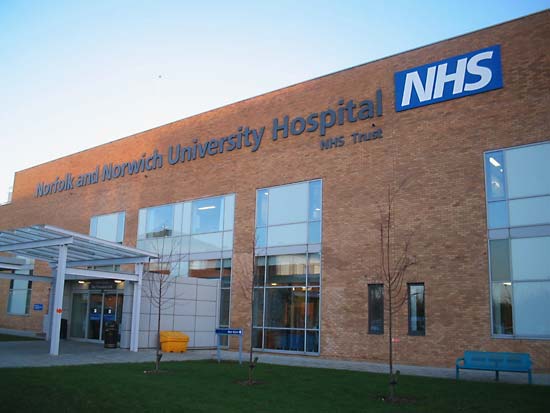 Media reports stated that his memo warned that the UK government's NHS election pledges will not be enough to rescue it from crisis. Photo courtesy: Wikimedia

Chaand Nagpaul, the chair of the British Medical Association (BMA), has issued a two-page memo for Johnson, warning that without adequate investment, the crisis-hit NHS will not be sustainable and access to quality care will be reduced.

Media reports stated that his memo warned that the UK government's NHS election pledges will not be enough to rescue it from crisis because there will still be a funding black hole of GBP 6.2 billion pounds by 2023-24, a figure reportedly based on an analysis conducted by the BMA.

It added that an extra 4.1 per cent rise annually in health spending is needed if the NHS is to survive, while the government commitment was to raise the funding by 3.4 per cent a year.

"Without adequate investment the NHS will not be sustainable, and patient access to quality care will be reduced to an unacceptable level," Nagpaul said.

Johnson has pledged to deliver a 50,000 net increase in the number of nurses and promised to create 50 million more general practitioner (GP) appointments every year by recruiting an extra 6,000 family doctors.

Nagpaul warned that a decade of underfunding has resulted in a "dire situation" for the NHS, including hospital bed numbers at a record low and staff working in an "intolerable climate of stress".

A new post-Brexit NHS visa designed to incentivise qualified overseas doctors and nurses from countries like India is one measure announced by Johnson in his new government's agenda.