Indian-origin man shot in US while protecting son from robbers

An Indian-origin man in the US was shot at while trying to protect his son from some unidentified robbers who tried to barge into their house, a media report said today. 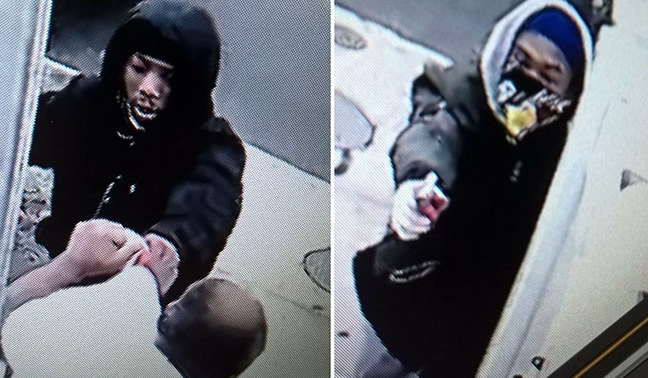 Police said one of the robbers, who was carrying an air gun, tried to force his way into the house. Photo courtesy: WPIX-TV/NYPD​

Thakur Persaud heard a knock at the door of his 197th Street home in Queens yesterday and sent his teenage son to see who was at the door, PIX11.com reported.

One of the robbers, who was carrying an air gun, tried to force his way into the house, police said.

Persaud came to the door and pushed them back until they were near the street. The man shot Persaud in the thigh after he fought back, they said.

"I still have the bullet in my leg," Persaud said.

Two other culprits were hiding behind a fence near the house. Persaud believes his surveillance camera caught them all running off. He feels lucky that he was the only one shot.

"I don't know how it would have ended if anyone touched my kid," Persaud said. None of the three men has been arrested.

The police said that Persaud issued a message for the robbers - "Get a life. Get a job".