New Indian-origin Chancellor of the Exchequer Rishi Sunak is set to get off to a flying start as he helms the UK government in presenting the Budget on March 11 as previously announced. 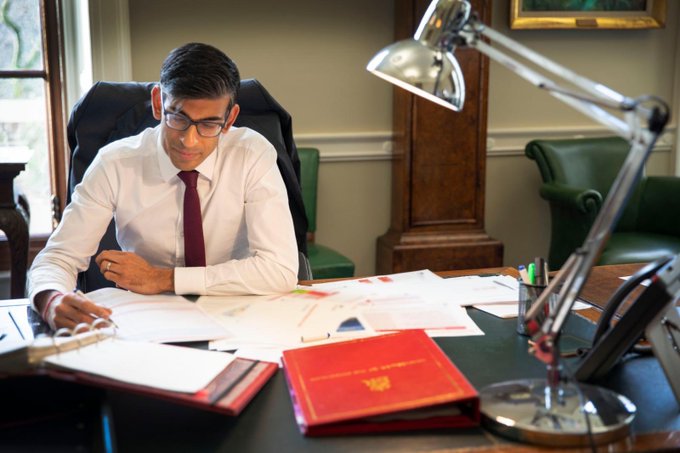 The announcement quashed speculation that the Budget could be delayed after Sunak, the son-in-law of Infosys co-founder Narayana Murthy, replaced Pakistani-origin Sajid Javid as Chancellor on February 13.

Sunak tweeted that he would deliver the promises made to voters ahead of December's General Election won by the Conservative Party led by Prime Minister Boris Johnson.

"Cracking on with preparations for my first Budget on March 11. It will deliver on the promises we made to the British people levelling up and unleashing the country's potential," said Sunak.

After Javid stepped down, No 10 announced there would now be a joint team of economic advisers for both the new chancellor and the prime minister.

Sunak was Chief Secretary to the Treasury before taking over from Javid. The MP for Richmond in Yorkshire since 2015, Sunak has fast risen up the Conservative Party ranks as a staunch Brexiteer who had backed Johnson's strategy to leave the European Union (EU).

UK Prime Minister Boris Johnson and Sunak will meet for detailed budget talks for the first time on Wednesday.