Indian-origin campaigners in the upcoming United Kingdom (UK) general election hope that the considerable anti-Brexit wave that is still felt in Britain will help propel them to victory. The Liberal Democratic Party are believed to be targeting over 20 anti-Brexit constituencies in the June 8 elections. 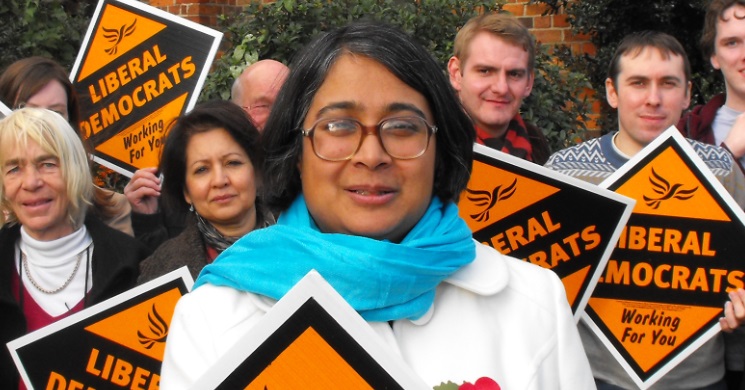 The party is fielding a number of ethnic minority candidates in constituencies which either voted against Brexit or were sharply divided on the issue. These include Marisha Ray, who was born in London to Bengali parents, and Goan-origin Rabi Martins.

"Most Indian-origin electorate voted anti-Brexit and the few in the community who may have voted 'Leave' did so because of the lies they were told by the Leave campaign. They made their decision based on information which turned out to be completely untrue," said Ray, who is contesting for Tory stronghold of Chipping Barnet in north London.

Visit to the Bees’ old ground. 106-year at Underhill is over, and the site is being redeveloped as a school @BarnetLibDems @BarnetFC pic.twitter.com/wUkRycrvhA

She is confident of making a dent because the constituency was largely anti-Brexit in the 2016 referendum but is represented by staunch pro-Brexit Conservative MP Theresa Villiers.

"We have seen a sharp rise in hate crimes in the wake of the referendum and it is important we mobilise the Indian community for the upcoming election," Ray added.
Martins, who is contesting a Labour party stronghold in the east of England believes there is a "chink in their armour" because the MP, Kelvin Hopkins, is pro-Brexit.

"Luton North voted for Brexit very narrowly and that is where we see an opportunity to prevent Theresa May's hard Brexit," he said.

Liberal party leader Tim Farron called on the British Indian community to back them because the ruling Conservatives and Opposition Labour had taken their votes for granted.

"This election, I am saddened to say, is a bit of a foregone conclusion. Theresa May called this election because she believes this is the moment for her to get a big majority. The Indian community won't be the only community taken for granted if she gets that," Farron said.

The 1.2 million-strong Indian diaspora has been traditionally seen as pro-Labour but had turned towards the David Cameron-led Conservative party in the last general election.
"We have an offer for the Indian community, and the wider black and minority ethnic (BAME) communities as a whole, which is just utterly inclusive. The Liberal Democrats stand for the unique point of view that immigration is a blessing and not a curse," Farron said.

His pro-Europe party which campaigned strongly against Britain's exit from the European Union (EU) in the June 2016 referendum says while it has accepted the will of the British public, getting more Lib Dem MPs into the next Parliament would ensure the future British Prime Minister does not push through a "hard Brexit" - which would involve an exit from the European single market.

"Lots of countries, including India, were used by the Leave campaign to say we can go and do business with them instead of Europe. That is insulting to India and taking it for granted. It is also a stupid thing to say because one of the reasons why Indian businesses find Britain attractive is because we are the gateway to the biggest market on the planet. Brexit has made us less attractive to countries like India," he said.

The Liberal Democrats won nine seats the 2015 general election, a sharp decline from the 57 seats won in 2010. However, the party is set for a resurgence, especially among the 48 per cent of the voters who voted against Brexit.