Indian-origin writer Jasbinder Bilan has won a coveted British children's book award for her debut novel set in the Himalayas, inspired by the special childhood bond with her grandmother. 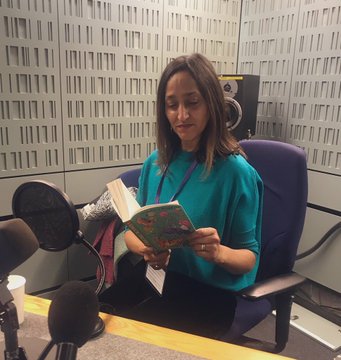 Bilan moved from India to Nottingham in the Midlands region of England with her family as a small child and currently lives in Bath with her husband and two children. Photo courtesy: Twitter/@jazzbartlettt.

'Asha and the Spirit Bird', aimed at readers aged nine years and above, beat competition from three other shortlisted books to be named the winner of the 2019 Costa Children's Award. Bilan will receive GBP 5,000 as the winner of the award, open to authors in the UK and Ireland and presented annually across five categories of First Novel, Novel, Biography, Poetry and Children's Book.

Bilan moved from India to Nottingham in the Midlands region of England with her family as a small child and currently lives in Bath with her husband and two children.

"I was born on our family farm in India close to the Himalayas. We kept India alive by continuing to talk about our farm and all the funny things that happened there during the big family gatherings we had,” she said.

Her winning work follows eleven-year-old Asha, who is empowered with spiritual connections to her grandmother as she journeys through the wild and dangerous Himalayas with her best friend Jeevan.

"Jasbinder's maajee (grandmother) was a strong, special woman who had the challenge of raising five children single-handedly, as well as running the farm in India, and Jasbinder's bond with her was the inspiration for 'Asha & the Spirit Bird',” stated the Costa Awards citation.

Bilan's book was shortlisted from 144 entries.