Indians across the world had an additional reason to celebrate this Independence Day. 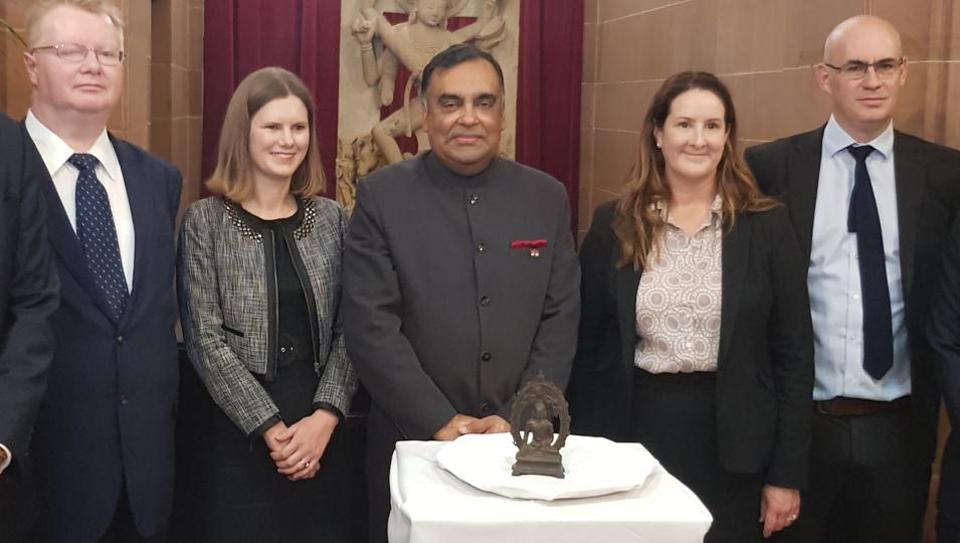 A 12th-century bronze Buddha statue stolen from a museum at Nalanda in Bihar nearly 60 years ago was returned to India yesterday by the London's Metropolitan Police as part of a ceremony to mark India's Independence Day. Also, the United States of America’s Metropolitan Museum of Art (MET) is all set to return two ancient murthis (statues) to India, which were donated to it and found to be of Indian origin after research done by its staff.

The Buddha statue was one of 14 stolen in 1961 from the Archaeological Survey of India (ASI) site museum in Nalanda and changed several hands over the years before surfacing at a London auction.

Once the dealer and the owner were made aware the sculpture was the same one that had been stolen from India, the Metropolitan Police said they cooperated with the Met's Art and Antiques Unit and agreed for the piece to be returned to India.

The statue was identified at a trade fair in March this year by Lynda Albertson of the Association for Research into Crimes Against Art (ARCA) and Vijay Kumar from the India Pride Project, who then alerted the police.

The India Pride Project (IPP) is a crowd-sourced volunteer heritage-recovery group whose aim is to ensure the return of Indian antiquities illegally procured and sold around the world. The three key areas of focus include: recovering stolen Indian heritage (smuggled all across the globe), creating mass-awareness about the scale of the loot, and creating a buzz among government agencies to bring heritage-recovery onto the agenda.

The IPP was co-founded by Anuraag Saxena, who has been published in both mainstream and niche publications; and has been invited to speak at universities and conferences across the world. The IPP cooperates with the Indian government, various law enforcement agencies and museums and antiquity firms and is active in getting Indians overseas to spot illegal antiquities.

"IPP has become the platform for a lot of Indians, especially outside India, to give back to the nation. I think NRIs could spend a few minutes over their weekends to say that, look, lets put pressure on the right people to do the right things, so our kids don't have to live with the disgrace we had to," he told Connected to India in an exclusive interview.

Highlighting the enormity of the undertaking, Anuraag added, "In one day, in one raid in one city on one dealer in the US, they recovered USD 106 million worth of heritage. One of the murthis offered to PM Modi last year in Washington was worth over INR 100 crore. So we're really talking about billions of dollars of trade."

Scotland Yard returned the statue stolen to the Indian High Commissioner to the UK, YK Sinha, as part of a ceremony to mark Independence Day at India House in London yesterday.

"I am delighted to return this piece of history. This is an excellent example of the results that can come with close cooperation between law enforcement, trade and scholars," said Met Police Detective Chief Inspector Sheila Stewart, who was accompanied by officials from the UK's Department for Digital, Culture, Media and Sport at the handover ceremony.

Sinha described the return of the “priceless Buddha” as a “wonderful gesture” and a particular honour given his own roots in Bihar. “I hope it will now go back to where it originally belongs... On our Independence Day, it (return of the statue) highlights the multi-faceted cooperation between our two countries,” he said.

Michael Ellis, UK Minister for Arts, Heritage and Tourism, said, “As we celebrate India’s Independence Day, I am proud to highlight the latest example of the UK's cultural diplomacy in action. Thanks to the work of the Metropolitan Police’s Arts and Antiques Unit, we are one of the first countries to recover one of the 14 elusive Buddha statues stolen from Nalanda nearly sixty years ago.”

Have it on good authority from @metmuseum that 2 murtis have been handed over to India. Congrats #India 👍.#IndependenceDayIndia would have been a great opportunity for @PMOIndia @dgasi_delhi to announce. #BringOurGodsHome pic.twitter.com/NlNc5hcAXg

In New York, the MET, in the course of research, recognised an eighth-century stone sculpture of Hindu Goddess Durga Mahishasuramardini which was donated to it in 2015 and a third-century limestone murthi, which is the head of a male deity which was a donation to the museum in 1986 will be returned to the Indian government.

“The museum staff recognised it from the 1969 publication ‘The Archaeology of Kumann’ by KP Nautiyal, in which the Durga was described as being housed in the Chakravarteswara Temple at Baijnath, a medieval capital in Uttarakhand, in northern India,” the MET said. An agreement to return the idols was reached in April 2018 after contacting the ASI. 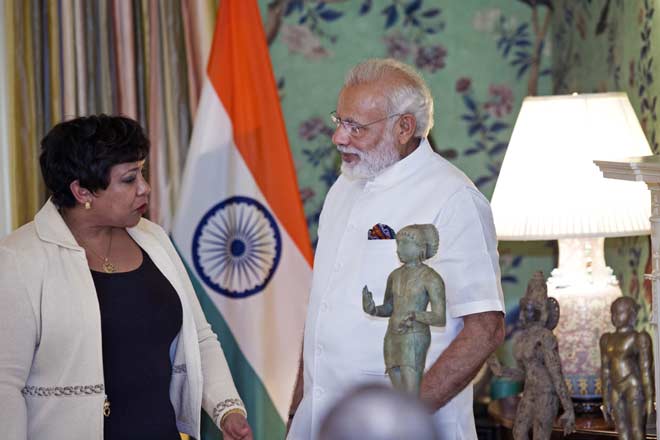 The Consulate General of India released a statement which said, “We deeply appreciate the sincere efforts and collaboration of The Metropolitan Museum of Art in this return of Indian antiquities to India. We will continue to work closely with the Museum and other US authorities and institutions to identify Indian archaeological art that belongs in India.”

For decades now, various foreign countries have been a warehouse for Indian artefacts. In fact, antiquities theft has long been a menace that Indian governments have been continuously grappling with. The US handed over 200 ancient artefacts to Indian Prime Minister Narendra Modi during his visit to the States.