Multiple Indian movie bodies came together over the weekend and agreed to shut down film and TV production from March 19-31, in a bid to break the spread of COVID-19.

Producers already on shoots both in India and overseas have been given three days to wrap up work.

India produces more films watched by more people than any other country with as many as 2,000 films produced in various languages every year.

The move is therefore likely to cost the country and the industry millions of dollars.

Official statement by Producers Guild of India on the health and safety concerns during productions owing to the ongoing threat of #coronavirus @kulmeetmakkar pic.twitter.com/i4AVCLpZFp

The move comes at a time when there are rising health concerns over the outbreak of the novel coronavirus and the associations collectively decided that the health of workers is paramount.

Various events, award functions, interviews, shooting schedules have also been called off in view of the COVID-19 outbreak.

The film bodies took to social media platforms to share the news.

In view of the epidemic spread of Corona COVID-19 virus. SHOOTINGS FOR ALL ENTERTAINMENT FORMATS TO STOP FROM 19-3-2020 TILL 31-3-2020 pic.twitter.com/lxasn06OZq

Makers of "Angrezi Medium", starring Irrfan Khan went ahead with the scheduled release of the film on Friday, however many other productions, in India and around the world, have been impacted and a few upcoming releases have now been pushed back:

A rising number of cinemas are going dark across the country in response to the health crisis. Capital Delhi, Kerala, Jammu and Kashmir, Karnataka, Rajasthan, Uttarakhand, Tamil Nadu and parts of Maharashtra are among states who have or are in the process of bringing the shutters down on cinema halls. 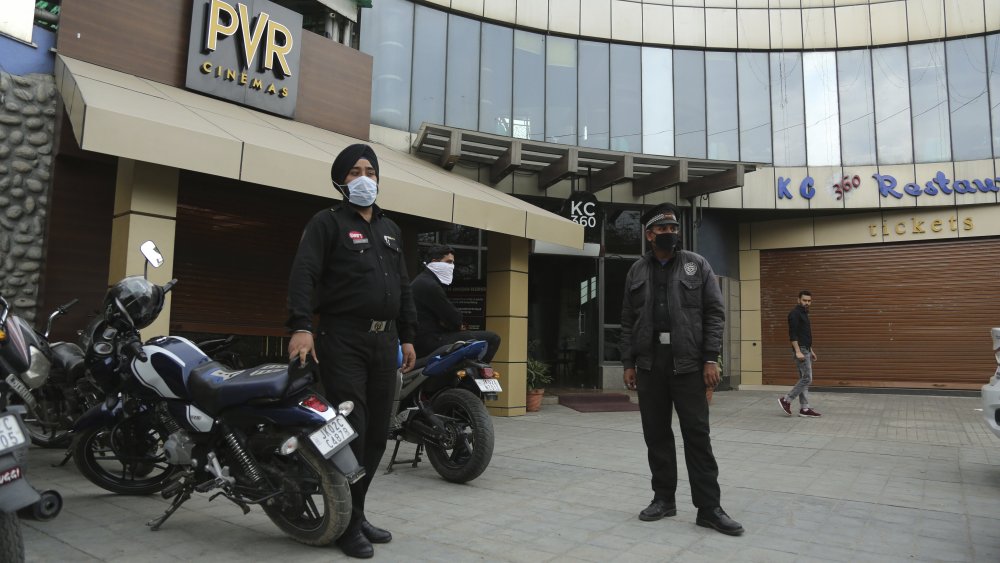 A rising number of cinemas are going dark across the country in response to the coronavirus pandemic. Photo Courtesy: Twitter

The virus, which originated in China's Wuhan city in December, has infected more than 150,000 people worldwide and killed over 5,600.

As of March 16, India has confirmed a total of 110 cases and two deaths in the country.