V Muraleedharan, India’s Minister of State for External Affairs, has arrived in Dubai to attend the Sixth Ministerial Consultation of the Abu Dhabi Dialogue. 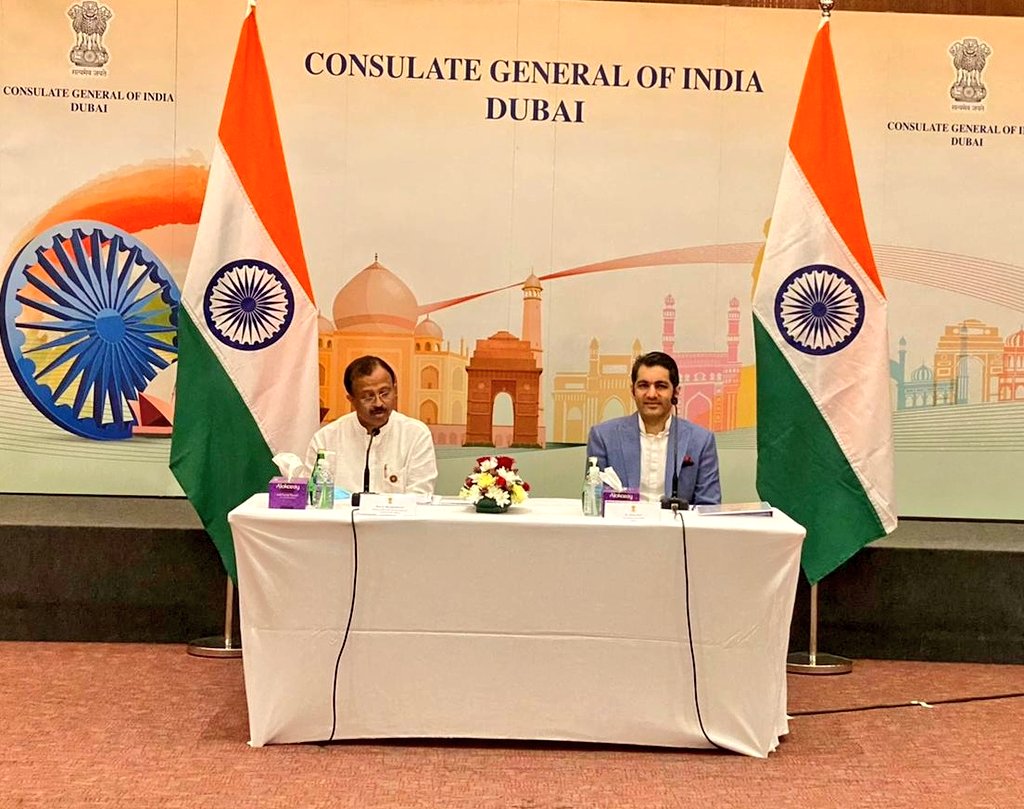 The MoS (left) met with social workers, community and business leaders at the Consulate- General of India in Dubai yesterday. Photo courtesy: Twitter/@MOS_MEA

"Muraleedharan is leading the Indian delegation to the sixth Ministerial Consultations of the Abu Dhabi Dialogue, a regional, voluntary and non-binding consultative process between Asian countries of labour origin and destination, which serves as a platform to facilitate regional cooperation on contractual labour mobility, sharing of best experiences and learning from one another’s experience," the Indian Ministry said.

The UAE is the current chair of the process, which was established in 2008.

The MoS met with social workers, community and business leaders at the Consulate- General of India in Dubai yesterday, the Khaleej Times reported.

Consul General of India in Dubai, Dr Aman Puri, received the Minister at the Consulate. He will be touring the Indian pavilion at Expo 2020 Dubai on Wednesday, the mission confirmed.

EP Johnson, the president of the Indian Association in Sharjah told Khaleej Times, "We addressed issues Indian expatriates in the UAE are facing with the Minister. We have requested him to consider providing non-resident Indian students with a special admissions quota in professional colleges and also touched upon the subject of medical, life insurance and pension for NRIs who are returning home after retirement from here."

He added, "There are plenty of job vacancies for blue-collared workers here in the UAE, however, the high airfares and the cost of multiple pre-travel RT-PCR tests are discouraging workers from travelling to the UAE."

The subject of repatriation of mortal remains for free from the UAE to India was also raised by social workers to the Minister.