The Indian men's hockey team ended their campaign on a winning note and claimed an Olympic medal after 41 years, beating Germany 5-4 to claim the bronze in an edge-of-the-seat play-off match of the ongoing Games in Tokyo today. 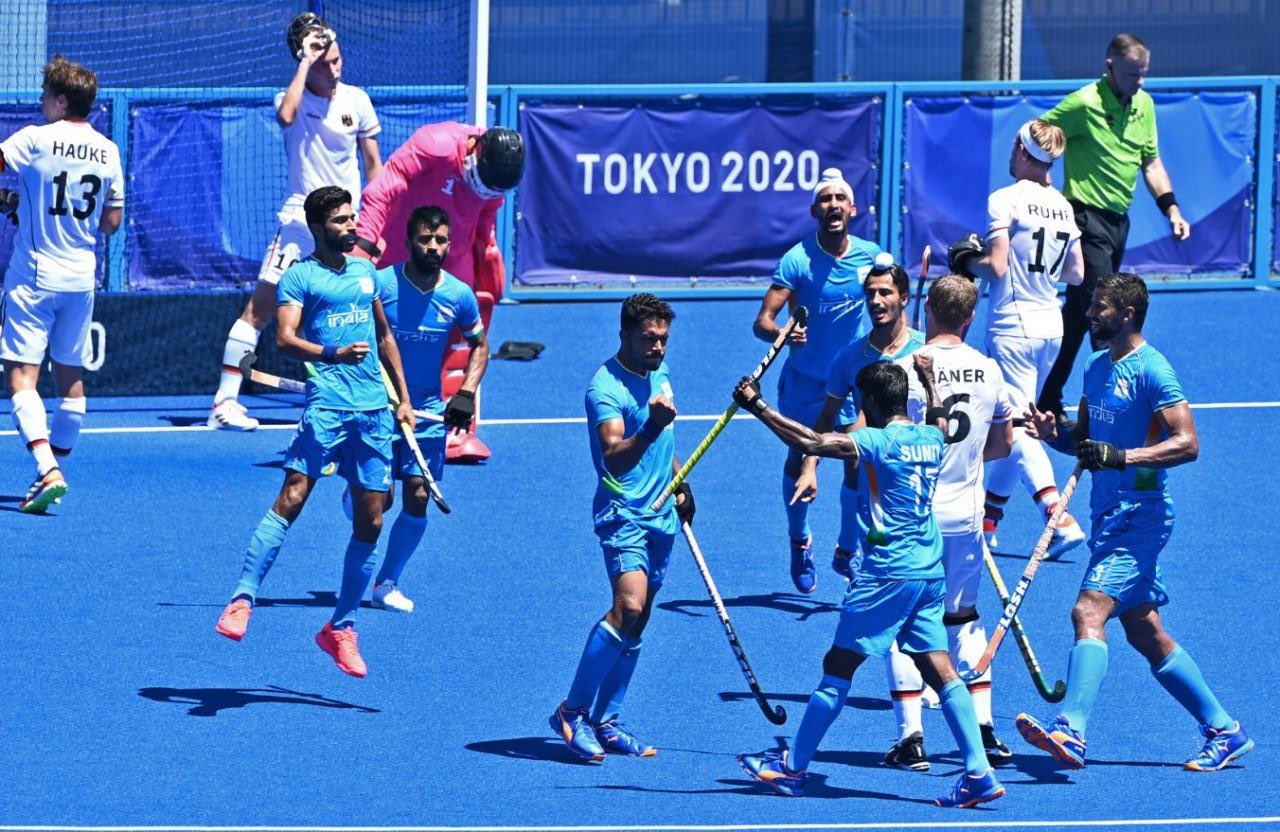 India has now won the most Olympic hockey medals of any country in history. Photo courtesy: IHF

The eight-time former gold-winners made the resurgence of the last couple of years count in the best way possible with an Olympic medal.

The Indians made one of the most memorable comebacks in the history of the game, fighting back from a two-goal deficit to turn the match in their favour.

There were tears and hugs on the field as the Indians led by Manpreet Singh and coached by Australian Graham Reid savoured the historic moment.

It is India's third hockey bronze medal in the history of the Olympics. The other two came in 1968 Mexico City and the 1972 Munich Games.

“Congratulations to our men's hockey team for winning an Olympic Medal in hockey after 41 years. The team showed exceptional skills, resilience & determination to win. This historic victory will start a new era in hockey and will inspire the youth to take up and excel in the sport,” Kovind tweeted.

Prime Minister Narendra Modi i said on Thursday that this day will be etched in the memory of every Indian.

Modi tweeted, "Historic! A day that will be etched in the memory of every Indian. Congratulations to our Men's Hockey Team for bringing home the Bronze. With this feat, they have captured the imagination of the entire nation, especially our youth. India is proud of our Hockey team."

Similarly, Congress leader Rahul Gandhi congratulated Team India on the historic win. "Congratulations to Indian Men's Hockey Team! This is a big moment- the whole country is proud of your achievement. Well-deserved victory!" he tweeted.