IIMPACT 2019 saw about 750 ministers, business leaders, industrialists, Indian Institute of Management (IIM) alumni and a Nobel Laureate gather at the Marina Bay Sands Convention Centre in Singapore on August 17. Singapore’s Minister for Trade and Industry Chan Chun Sing was the guest of honour at the event, which was themed ‘How to take charge in a disrupted future and how to be active participants in shaping the future?’

The event, first hosted in 2005, was organised by the PAN-IIM alumni in Singapore which is home to over 1,800 IIM alumni.

This year the forum had in attendance for the first time a Nobel Peace Prize recipient in Kailash Satyarthi. Addressing the forum, the child rights activist called for a UN convention to deal with the issue of digital child sexual abuse and trafficking.

“What I am working on and demand (that) a legally binding UN Convention to stop digital abuse of children and child trafficking,” Satyarthi said. “We need strong champions who can bring this issue, not in this General Assembly in September because it is too short, but next year. We have to build it with strong demand.”

The Nobel Laureate was also greeted by young students from local and international schools in Singapore, including winners of a case study competition on Waste Management held in partnership with the National Environment Agency and supported by the Ministry of Education. 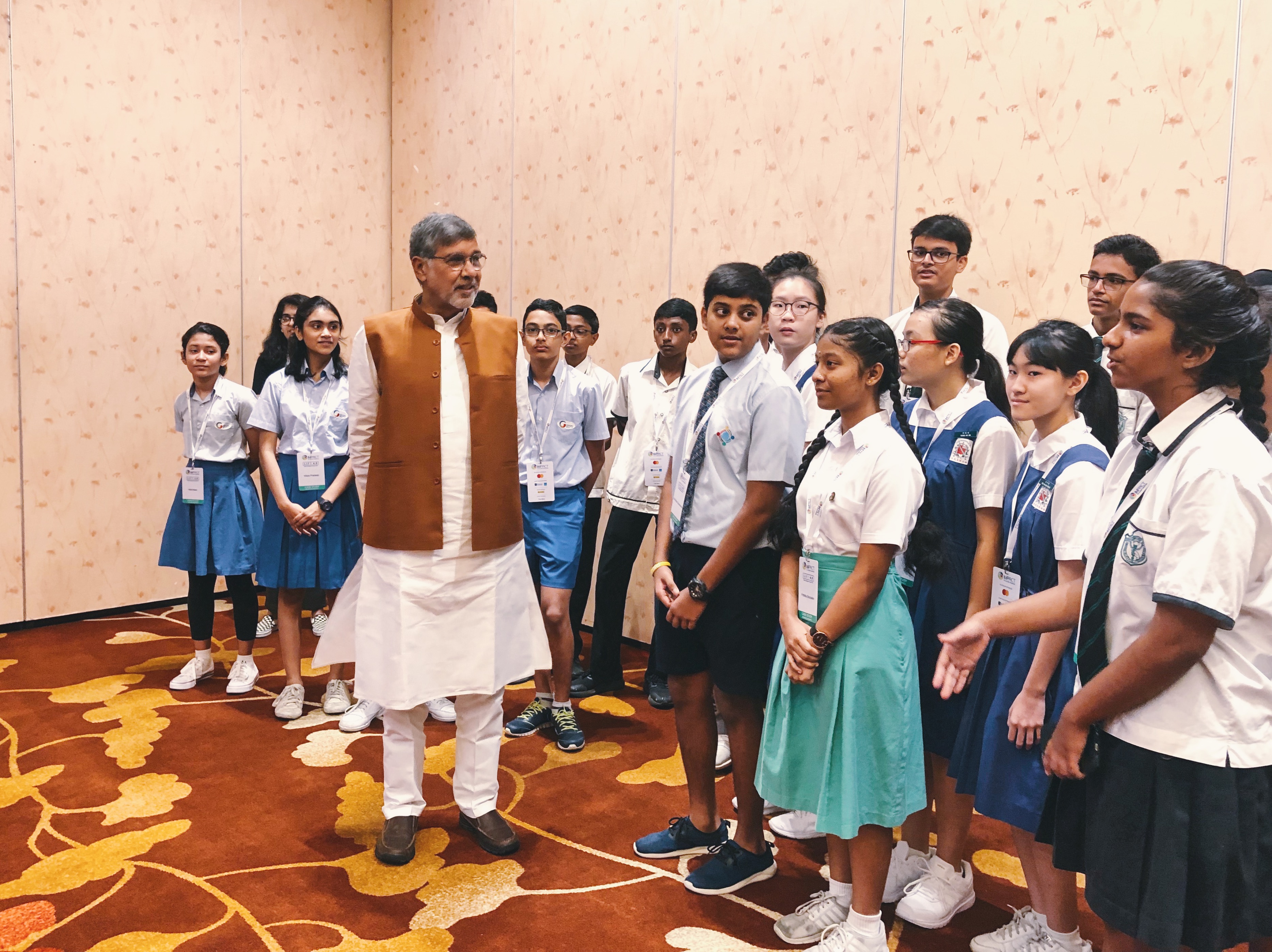 High Commissioner of India to Singapore, Jawed Ashraf gave a keynote address on Geopolitics 4.0 exploring the effects of digitisation on geopolitics and its influence on international relations. The Indian envoy was also honoured with the 'The Distinguished Alumnus Award' for his "tireless contribution to building and nurturing the Singapore-India relationship." 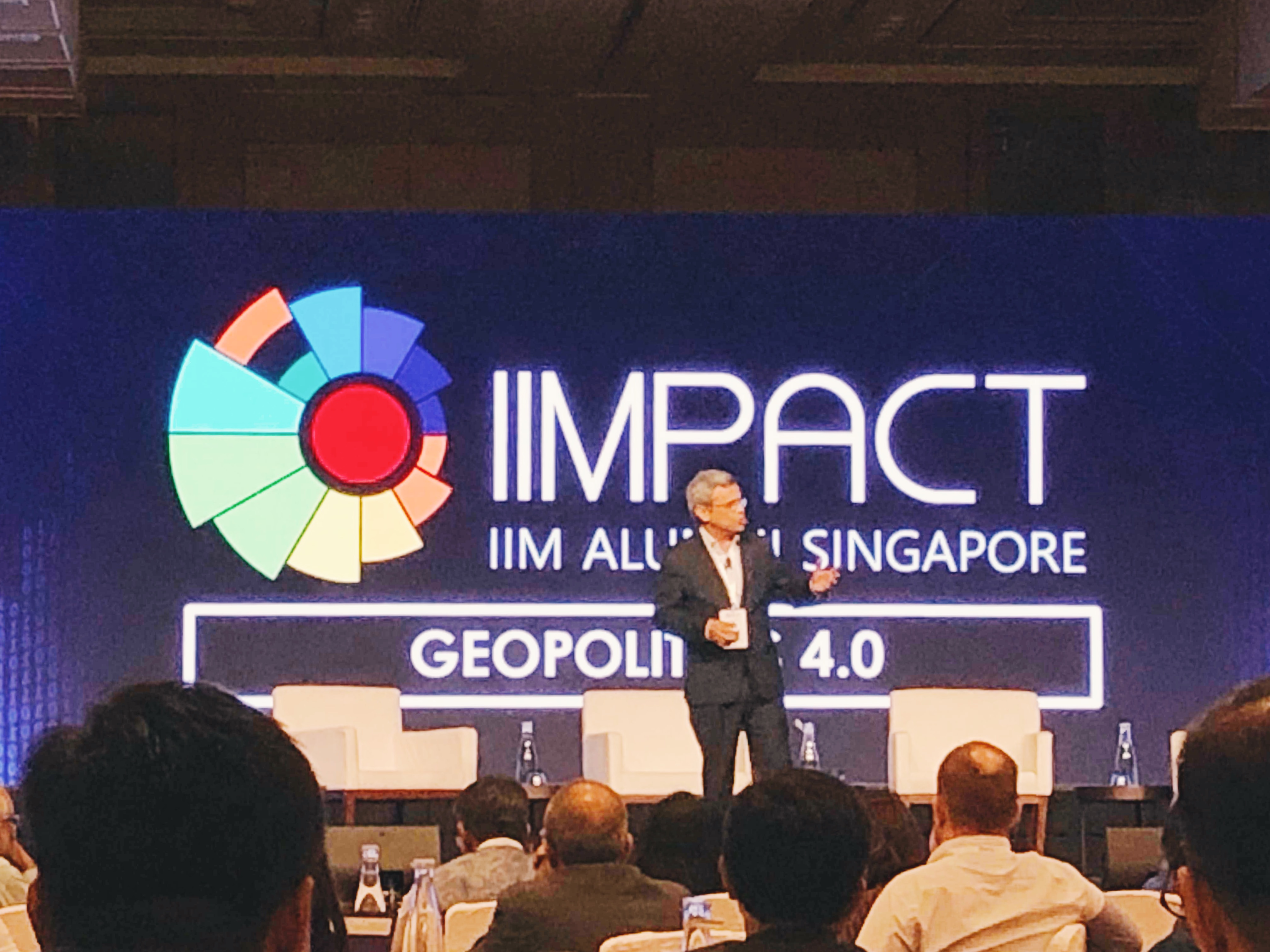 The forum also featured a discussion on ‘Money 4.0’. CEO DBS Group Holdings & DBS Bank, Piyush Gupta addressed the topic ‘We will live longer, but can we afford it’, a discussion of great relevance in a world where more and more people are living to a hundred, with Singapore leading the pack with an average life expectancy of close to 85. 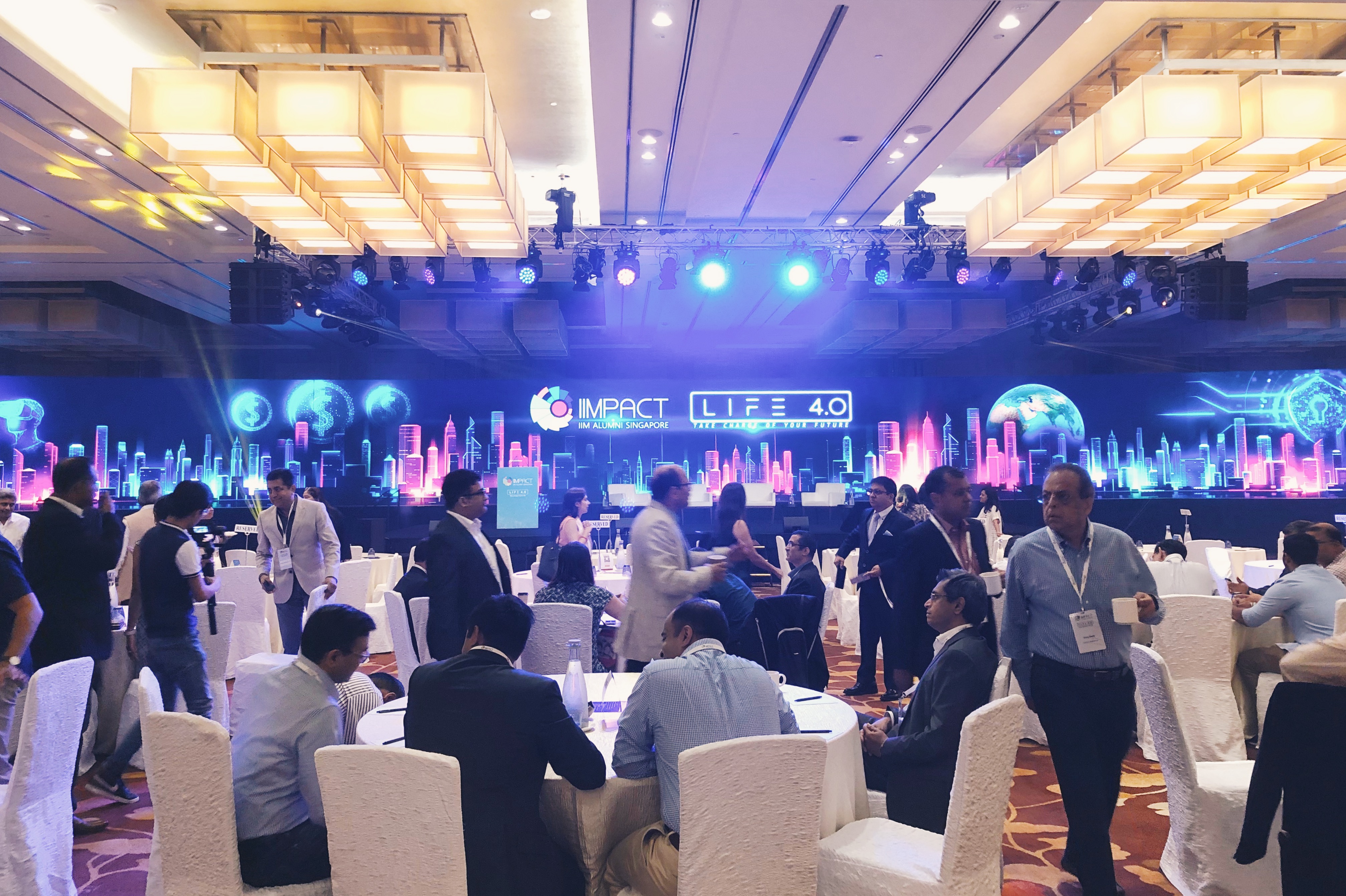 The event was attended by about 750 prominent businessmen, leaders and IIM alumni. Photo courtesy: Connected to India

Privacy and personal data protection in the borderless Cyberspace was another major component of the form with a discussions on whose rules and what rules apply in the vast cyberspace, can digitisation & security co-exist with privacy & freedom of expression and the depth and gravity of taking cybersecurity seriously.

Planet 4.0, the final session of the day, focused on protecting and planning to leave a sustainable legacy for coming generations, including talks on Singapore’s solid waste management as well as the biggest challenges facing the planet and what should be done.