An Indian has hit a jackpot by winning 10 AED 10 million in a raffle draw in United Arab Emirates.

The Indian, Dickson Kattithara Abraham, who lives in Nigeria, has become the latest entrant in the long-list of lucky Indian winners to win the raffle draw.

He had purchased the ticket number 012027 of Big Ticket from a store while travelling through Abu Dhabi. 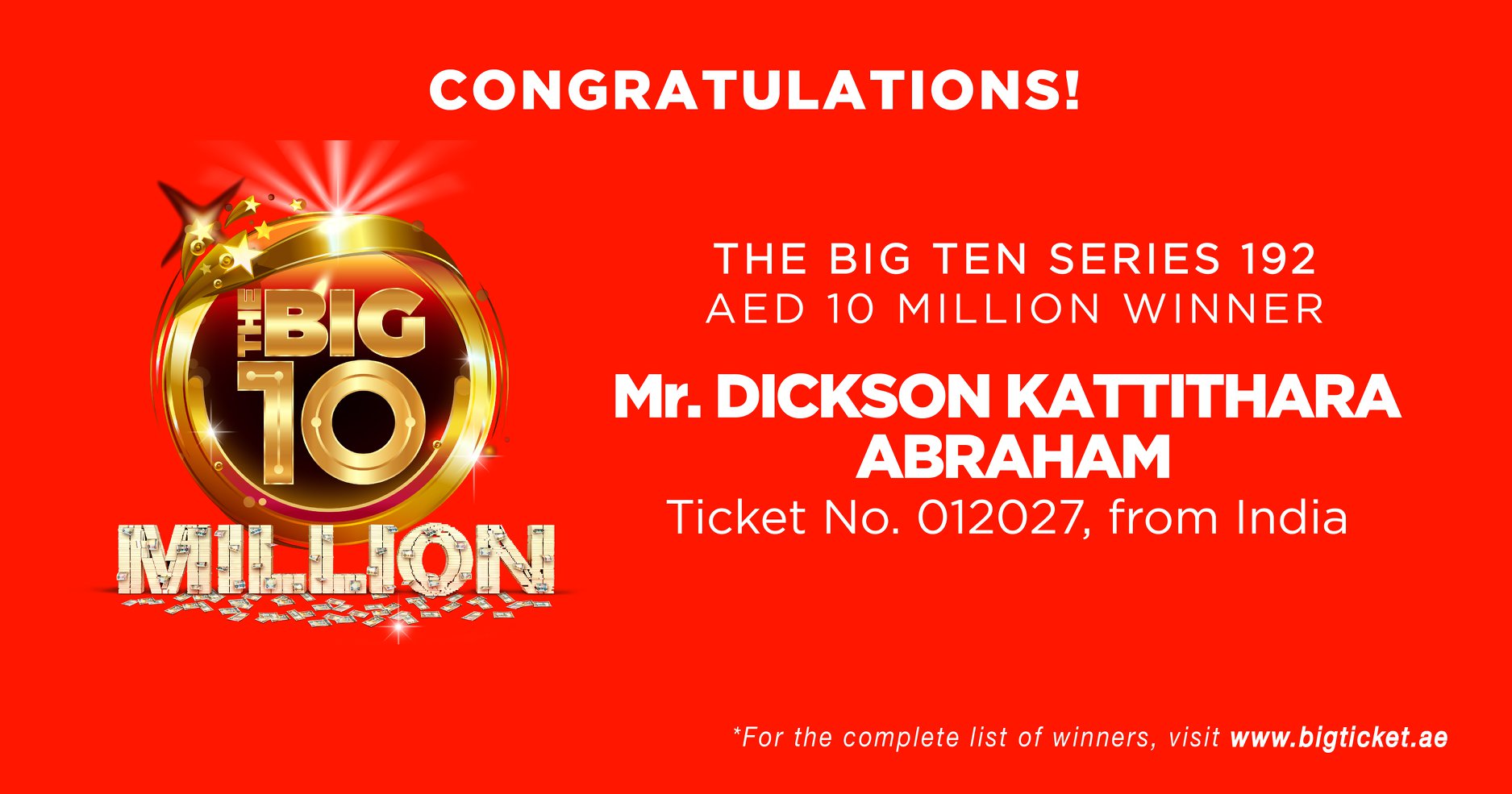 An Indian has hit the jackpot in UAE by winning AED10 million in raffle draw. Photo courtesy: Facebook page of Big Ticket

The stories of Indians winning the raffle ticket continues to pour from the United Arab Emirates for past several months. In April, an Indian driver in Dubai won a whopping AED12 million dirham in a raffle draw in Abu Dhabi.

In January, an Indian in the UAE had won AED12 million in the biggest-ever raffle prize money in Abu Dhabi.