A Dominican court today denied bail to Mehul Choksi - the fugitive diamond trader wanted over the INR 13,500 crore loan fraud case in India - for illegally entering into the Caribbean island nation from Antigua. 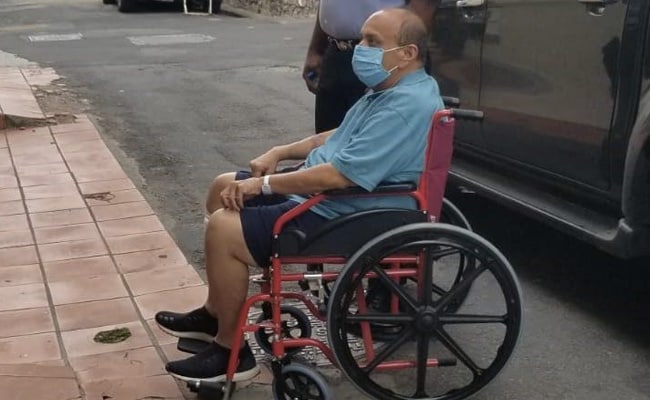 After hearing both the sides, the Magistrate rejected the bail plea of Choksi. Photo courtesy: PIB

Choksi, who appeared before the magistrate court on a wheel chair in a blue T-shirt and black shorts, pleaded not guilty for the alleged crimes before the court and submitted he was allegedly kidnapped  and brought onto the Island from Antigua, where he was living after gaining citizenship.

"Various non-nationals in Dominica are on bail for similar matters, so we are of the view that bail can be granted to our client. Let stringent conditions be added to the bail condition, including a bail sum of USD 10,000 double the maximum penalty, for illegal entry," Choksi's lawyer argued in court.

The Dominican government contended that bail should not be granted to Choksi as he is a flight risk.

"Choksi has no ties in Dominica hence it would serve him no purpose not to flee the island if bail is granted. Choksi has an Interpol Red Notice against him as he is facing charges for 11 offences in India," submitted Dominica countering the arguments of Choksi's lawyers.

After hearing both the sides, the Magistrate rejected the bail plea of Choksi.

The diamantaire, who mysteriously went missing on May 23 from Antigua and Barbuda where he had been staying since 2018, was detained in neighbouring Dominica for illegal entry after a possible romantic escapade with his rumoured girlfriend.

Last week, the Government of Dominica had issued a press statement that it was verifying the status of Mehul Choksi's citizenship with Antigua and Barbuda.

A CBI team has jetted to Dominica to bring Mehul Choksi to India if the court there clears his deportation.

Choksi's arrest has created turbulence in the calm political waters of the neighbouring Caribbean Island countries - Antigua and Barbuda and Dominica - where allegations have been levelled against political parties for supporting the businessman.

Nirav Modi is in a London prison after being repeatedly denied bail and is contesting his extradition to India.