Indian Finance Minister Arun Jaitley has raised concerns with US commerce secretary Wilbur Ross over the Trump administration’s move to tighten the H-1B visa regime and highlighting the key role played by Indian professionals in boosting the American economy. 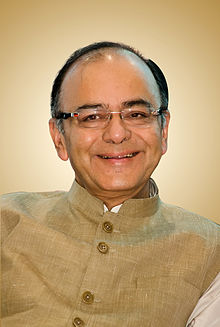 President Donald Trump this week signed an executive order for tightening the rules of the H-1B visa programme to stop its “abuse” and ensure that the visas are given to the “most-skilled or highest paid” petitioners. This decision is said to impact India’s USD150 billion IT industry.

The Indian IT industry has expressed serious concerns over the US move to tighten the rules for granting of the H-1B visa, mainly used by domestic IT professionals for short-term work.

In a meeting with Ross, Jaitley raised the issue of the recent executive orders. He outlined the significant contributions skilled Indian professionals have made to the US economy and expressed the hope that the US administration will take this aspect into consideration while taking any decision.

Ross said that the US has started the process of reviewing H-1B visas issues and no decision has been taken on them yet.

“The Trump administration’s objective is to have a merit-based immigration policy that gives preference to highly-skilled professionals,” said Ross.

Meeting with the US Commerce Secretary, Mr. Wilbur Ross pic.twitter.com/USvfumknUt

The executive order signed by Trump earlier this week calls for a review of H-1B visas by the departments of state, labour, homeland security and justice. The H-1B visa is a non-immigrant visa that allows US companies to employ foreign workers in speciality occupations that require theoretical or technical expertise in specialised fields.

The US has complained that Indian blue chip IT firms Tata Consultancy Services (TCS), Infosys and Cognizant unfairly get the lion's share of H-1B visas by putting extra tickets into the lottery system, which the Trump administration wants to replace with a 'merit-based' immigration policy.

Indian technology companies depend on it to hire tens of thousands of employees each year for their US operations. The US market accounts for about 60% of the revenue of the Indian IT industry. Reforming the H-1B visa system was one of the major election promises of Trump.

Stressing that India-US relationship has bipartisan support in both the countries, the finance minister during his meeting with the US commerce secretary, said the two largest democratic countries of the world over the years have developed strong strategic, economic and defence ties.

Jaitley said the two countries should be able to move towards achieving the goal of USD500 billion per annum in bilateral trade in the next few years. The finance minister was accompanied by the India’s ambassador to the US, Navtej Sarna and secretary economic affairs Shaktikanta Das.