The 150th birthday anniversary of the ‘Father of the Nation’ Mahatma Gandhi, the Embassy of India, Brussels organised a special series of events in the Belgian capital and Antwerp. 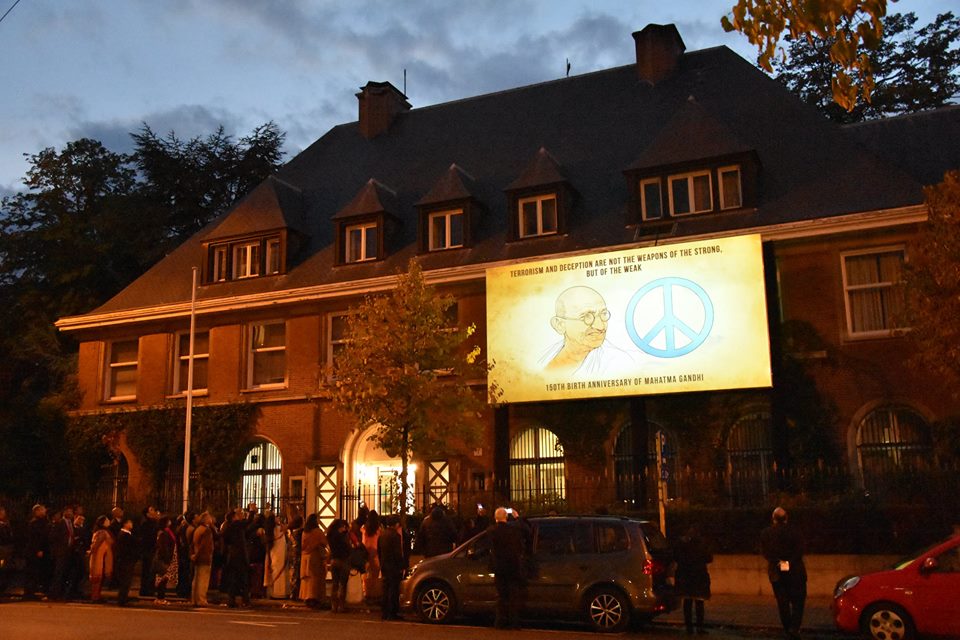 The commemorations were part of global celebrations on Gandhi Jayanti, an Indian holiday celebrated each year honouring him. The series kicked off a two-year global celebration of Gandhiji's 150th birthday with the unveiling of a Gandhi statue in the garden of the Embassy Chancery in Brussels on September 26. 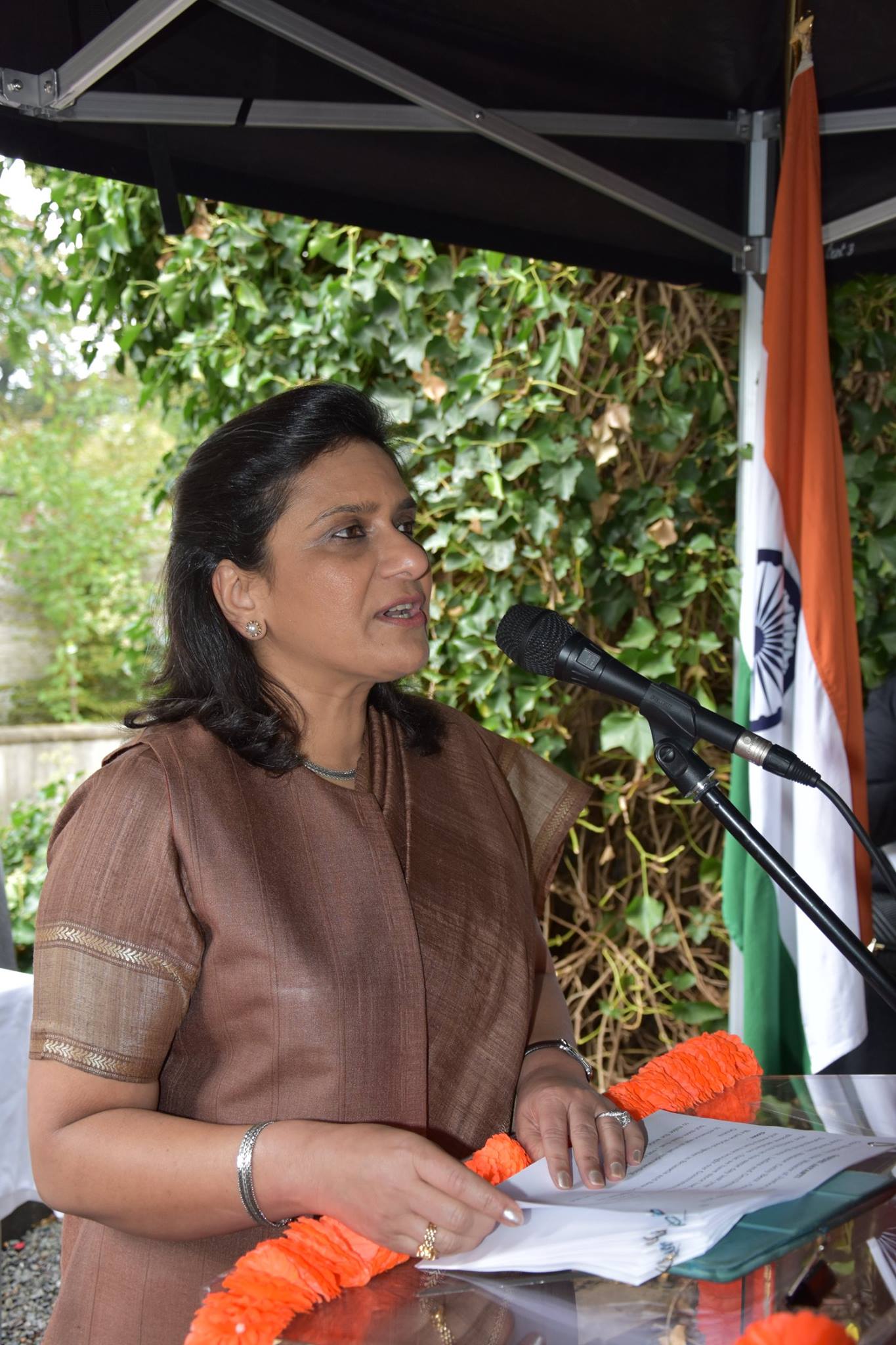 HE Gaitri Issar Kumar, Ambassador of India, Brussels, said, “The initiative to install the statue of Gandhiji in the garden of the Chancery was taken to ensure that the statue is in a prominent location accessible to Indian diaspora and friends of India who are regularly invited to ceremonies held on the Chancery premises on important occasions such as our Independence Day, Gandhi Jayanti, Republic Day ceremony etc.” She added that the ceremonial unveiling was held in the presence of the Members of the Parliaments of India and Europe on the eve of the launch of the two-year celebration of the 150th Birth Anniversary of the Mahatma “in an affirmation of the global relevance of Gandhiji’s enduring message of peace and truth”.

The Indian High Commission in Singapore also screened a medley of 'Vaishnav Jan Toh' by singers from 124 countries, released commemorative stamps and played 'Bapu's message' on the world’s largest HD video wall in Suntec Singapore Convention and Exhibition Centre to mark the occasion and kick off the two-year convention.

India's High Commissioner to Singapore HE Jawed Ashraf pointed out, "Mahatma belongs to the entire humanity and not just to India. His message, his mission, and his life are both timeless and universal."

The Embassy’s Gandhi Jayanti commemorations were held in Antwerp and Brussels, including cleaning drives and Swachh Bharat (Clean India) campaigns, with more events planned over the coming month. 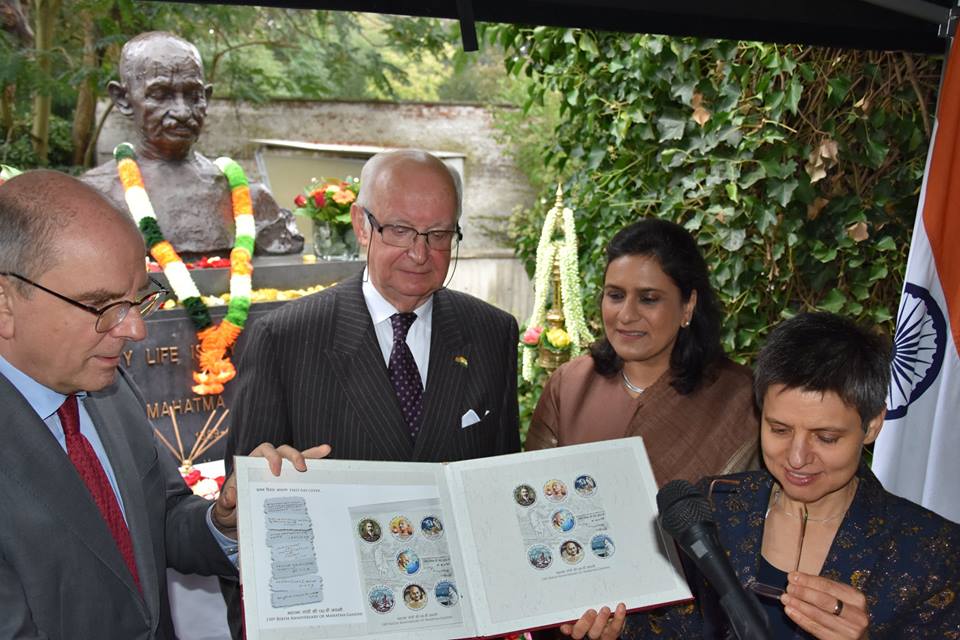 The Embassy with the support of the Antwerp Province organised Gandhi Jayanti celebrations yesterday in front of the statue of Mahatma Gandhi at Parkhuis, Antwerp. Belgian Minister of Justice Koen Geens, was Chief Guest on the occasion. Governor of Antwerp Cathy Berx, the past President of the Belgian Constitutional Court, The Right Honorable Etienne De Groot, the Advocate General with the Court of cassation, The Right Honorable André van Ingelgem, the King’s prosecutor of Antwerp Gepts Anne Marie, the Vice President of the Court of Antwerp Boudewijn Franck, Nilesh Jogani, President of the Antwerp Indian Association, members of the Indian community in Antwerp and other dignitaries also participated in the event. 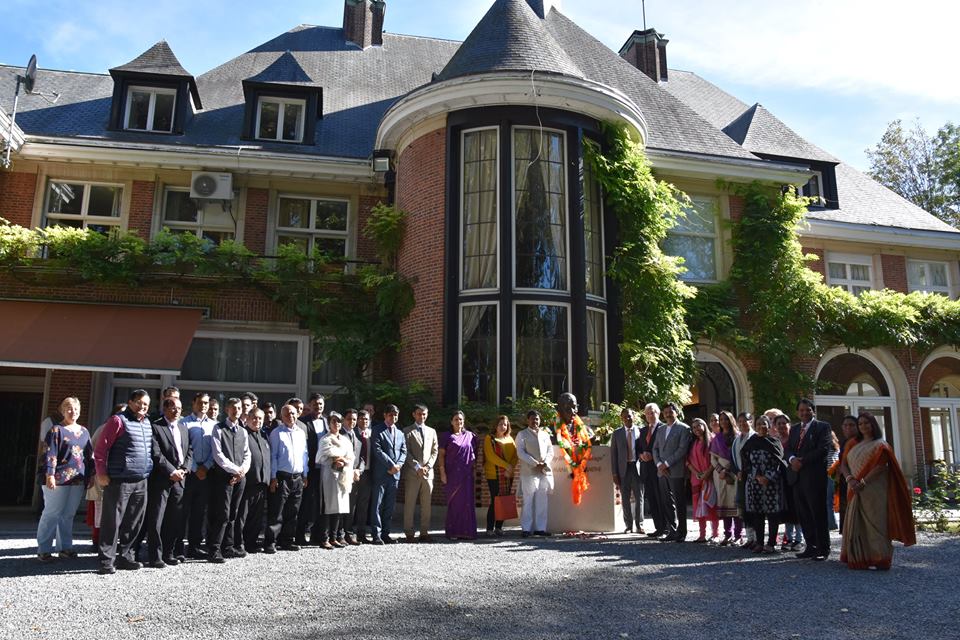 The commemorations were part of global celebrations on Gandhi Jayanti, an Indian holiday celebrated each year honouring him. Photo courtesy: Indian Embassy, Brussels

On the occasion in Brussels, there was a keynote address by renowned Gandhian Scholar Fernand Samsoen. Ambassador of India, Brussels HE Gaitri Issar Kumar launched the Gandhi@150 LED Projection show on the Chancery façade.

The premiere of the ‘Vaishnav Jan Toh’ bhajan video produced by the Embassy in collaboration with Belgian artist Ana Rocha was also held. On the occasion, the Embassy also screened the documentary ‘Mahatma – A great soul of 20th century’ and launched an online Gandhi@150 quiz contest open to residents of Belgium and Luxembourg.

A floral tribute was also offered before the statue of Gandhiji at Park Marie Jose at Molenbeek, Brussels.

Carrying on with the celebrations, the Embassy in Brussels will be extending support for organising a Peace Seminar focusing on the values espoused by Mahatma Gandhi, Martin Luther King and Khan Abdul Gaffar Khan on October 27, 2018 in Brussels. On November 7, 2018, the Embassy will also be organising a ‘Gandhi Exhibition’ at the European Parliament. The exhibition, which features photographs and texts based on Gandhiji’s life and mounted on ‘Khadi Scrolls’, has been curated by Pramod Kapoor of Roli Books, India.

October 2 is also celebrated as the United Nations day of non-violence. Thanks to a resolution India had moved a decade back and was unanimously accepted.