Indian digital payments system gets better rating than those in Singapore, US and Japan: FIS report

India has outperformed heavy hitters such as Singapore, the US, China and Japan in a survey ranking the evolved digital payments systems of 25 countries. They were surveyed on parameters such as round-the-clock availability, adoption, and immediacy of payments, said a report released yesterday by Fidelity National Information Services Inc (FIS), a Florida-based banking technology-provider. 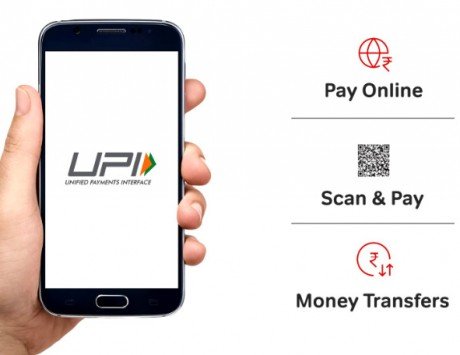 “A primary example of the importance of innovation is the impressive rollout of India’s Universal Payments Interface (UPI) that opens up access to real-time by allowing payments to be directly integrated into external business applications. Transactions using UPI increased 100 times from a modest 92,000 to 9.2 million transactions in the first nine months of operation,” said the report.

The report, titled Flavors of Fast: A trip around the world of immediate payments used the Faster Payments Innovation Index (FPII) created by FIS in 2014 and used a comparative rating system to contrast and evaluate diverse payments systems across the globe.

The report classified the Immediate Payment Service (IMPS), launched by National Payments Corporation of India (NPCI) in November 2010, as an instant interbank electronic fund transfer service available through mobile phones and internet banking applications. Along with IMPS, the study also revealed the popularity of Unified Payments Interface (UPI) which is a combination of real time payments with open interfaces with an intention to replace cash, point-of-sale and wallet.

P.M @narendramodi expresses his thoughts on how BHIM app is helping India progress on the path of becoming a Cash-less & Corruption free economy. #GCCS2017 #CashlessIndia pic.twitter.com/OaukJR0cuI

Transactions across UPI touched a new peak in November. The transaction volume was 105 million, up 37% from 76.8 million in the previous month, figures released by NPCI showed.

Transactions through UPI continues to increase. This shows that people of India are embracing digital payments. #DigitalIndia pic.twitter.com/XDxN5WgBGT

The report also highlighted that appropriate fraud prevention measures are vital for payment systems offering real-time clearing and settlement. Fraudsters are moving toward the initiation point, rather than later in the process, so a lot of activity is needed to monitor and manage at the initial authentication and origination level, it added.

Singapore’s Fast and Secure Transfers (FAST), a 24/7 electronic funds transfer service, got a rating of 4. The report stated that FAST was introduced as a result of growing demand for a faster and more efficient interbank funds transfer service. Prior to FAST, interbank funds transfer could take up to three working days. The survey positively identified ancillary services offered such as allowing consumers and businesses to move funds not only between conventional checking and savings accounts, but also to credit and debit card accounts where allowed by the participating bank. The only downside identified was the lack of an open application payment interface (API).