The Speaker of the House plays a pivotal role in the Indian Parliamentary system. He is part-judge, part-referee, part-conductor of proceedings and can even, on occasion, be asked to assume the role of head of government in certain emergencies. 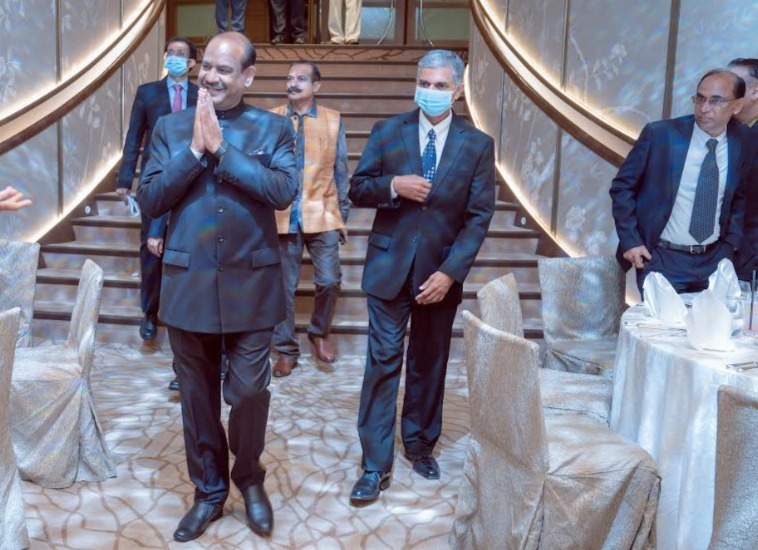 Indian Lok Sabha Speaker Om Birla was the head of a delegation of MPs on a multi-nation tour of Southeast Asian nations including Vietnam, Cambodia and Singapore this month to affirm diplomatic ties and celebrate decades of bilateral relationships.

“India and Singapore have a centuries-old history of common traditions, exchange of cultures, trade and friendly relations. The strong bilateral ties of the two countries are based on long standing political, economic and cultural cooperation,” Birla said.

In an interaction with the Indian community at the Fullerton Hotel in Singapore in an event organised by the Indian High Commission as part of the government’s global push to celebrate the 75th anniversary of Indian Independence, Birla said that in the 75 years of India’s independence, the country has undergone extensive political, social and economic transformation. 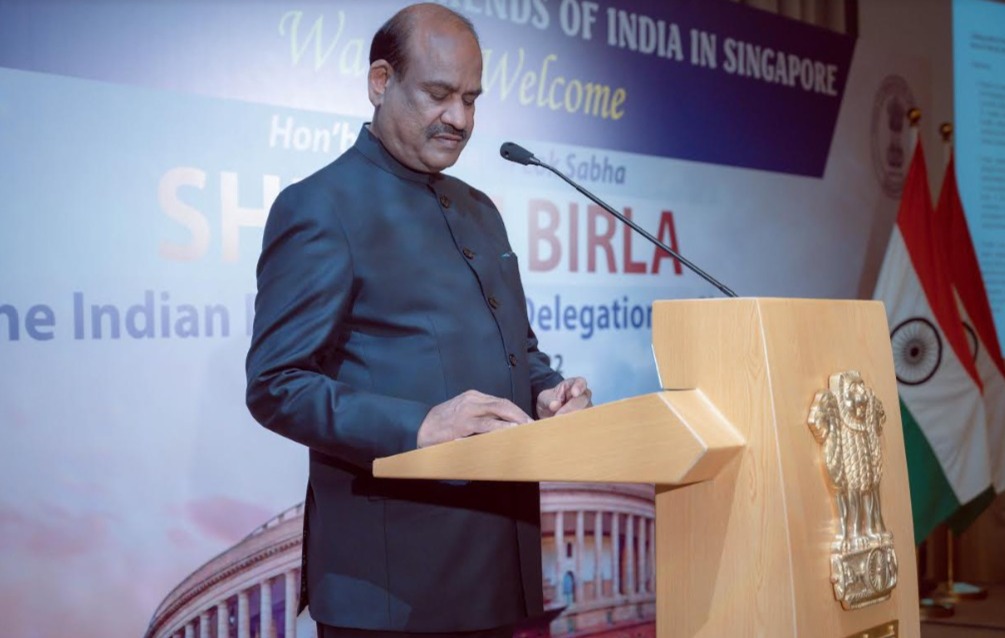 “India’s democracy and its democratic institutions have set a perfect example of inclusive growth before the whole world,” he said.

Birla, a Lok Sabha Member elected from the constituency of Kota-Bundi in Rajasthan, took office as Lok Sabha Speaker on June 19, 2019. The two-time MP has a Masters of Commerce degree from Maharishi Dayanand Saraswati Vishwavidyalaya and was elected thrice to the Rajasthan Legislative Assembly. He came up through the ranks of the Bharatiya Janata Party (BJP) through its youth wing, the Bharatiya Jan Yuva Morcha (BJYM) and has been a career politician.

His choice as the government’s candidate for Speaker was unexpected, as the highest post he had held before this was Parliamentary Secretary. Parliamentary experts stated that PM Modi chose him for his service record as an MP and as a debater in the Lok Sabha; by 2019, he had asked 671 questions and taken part in 118 debates.

Soon after his appointment as speaker, Birla said he would be "just and fair... that's the only way to succeed as a speaker".

He added that the Indian diaspora is one of the important powerful forces of India’s Look East Policy. 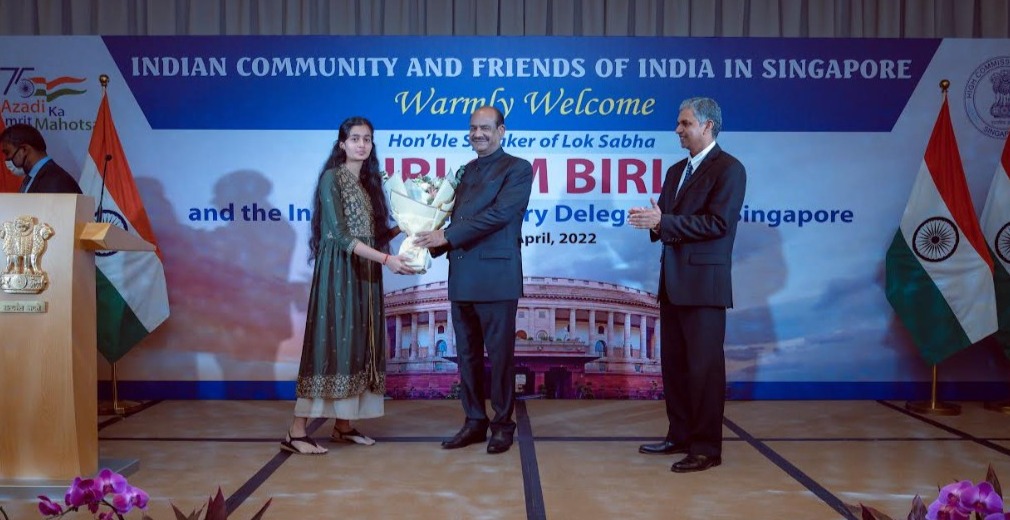 Birla reached out to Indians abroad to join the country in celebrating Azadi Ka Amrit Mahotsav en masse and asked them to contribute to the overall development of India. Photo courtesy: Indian High Commission, Singapore

“At a time when a strong institutional framework exists for constructive dialogue between the two countries and a better understanding has developed between citizens of both the countries due to strong cultural and people to people contact, the Indian diaspora is playing the role of a catalyst to further bridge the gap among countries and improve bilateral relationship,” the Speaker said.

He observed that the Indian diaspora’s active contribution to the comprehensive economic and social development of Singapore has laid the foundation for strong relations between the two countries and urged them, particularly the youth, to join hands for socio-economic transformation in India.

“The time has come for the youth to work collectively to bring positive changes in the lives of the people of the motherland. Today we are moving ahead on the path of prosperity, development, and progress with determination,” he added.

Birla reached out to Indians abroad to join the country in celebrating Azadi Ka Amrit Mahotsav en masse and asked them to contribute to the overall development of India.

“Our democratic system and institutions have set a perfect example of inclusive growth before the whole world. Our democracy is the oldest and most vibrant democracy in the world,” he said. 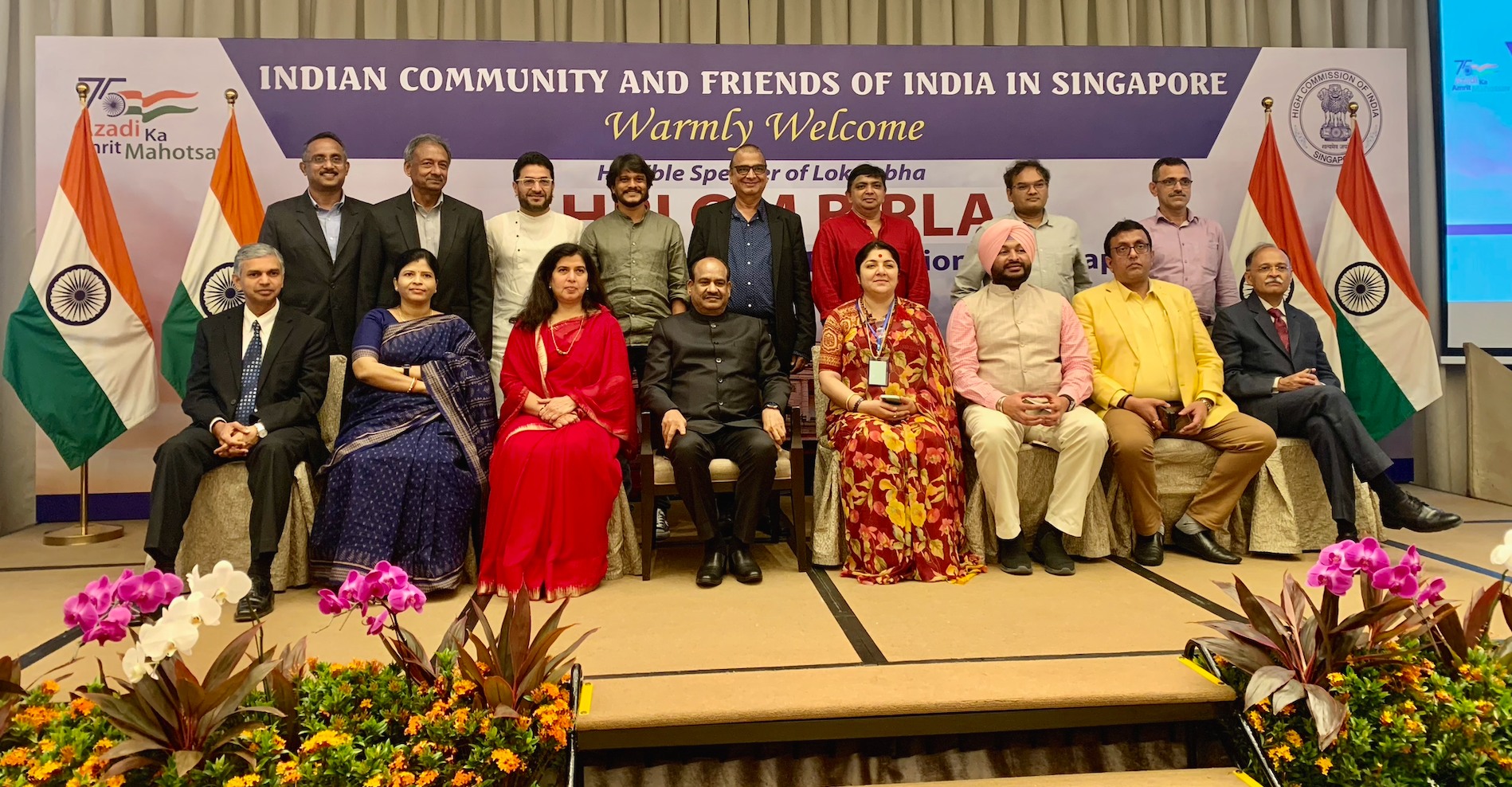 He added that the Indian diaspora is one of the important powerful forces of India’s Look East Policy. Photo: Connected to India

He hailed the spirit of Indian democracy which kept the nation united. Speaking about India’s Look East Policy, Birla said that India has historically shared cultural and spiritual ties with the countries of the eastern region.

“We believe in the principle of 'Vasudhaiv Kutumbakam' which means that the whole world is like a family. India has always stood for global peace and stability,” he said.

He asked Indians in Singapore to make people aware of the new changes being made in the business sector, industrial sector and service sector of India.

“You all are the representatives of your country. Your Karmabhoomi (work land) and Janmabhoomi (Motherland), both should be proud of your actions,” Birla said, signing off.