The Indians who left decades ago and saw no reason to come back are now keenly exploring opportunities to return and invest because of an improved connectivity, transport and infrastructure, the Minister for Development of North East Region Dr Jitendra Singh has said.

"India is fast emerging as investors' destination and this has been primarily possible because of a number of decisions taken by the Union Government to bring in the ease of business," Dr Singh said while addressing the North East Infrastructure Conclave organised by Confederation of Indian Industry (CII) here.

"As a result today, many of those Indians who had left the country decades ago and never found a reason to look back, are now keenly exploring the possibilities of returning back and investing in India," he said.

His remarks come shortly after Singapore announced its intent to open up a skill development centre in Guwahati in North Eastern state of Assam and Japan wiling to invest in road network development in the region which will eventually connect the countries on the East.

"The North East offers the most unexplored but fertile ground for new investments. It will, therefore, soon become the nodal point of New India's growth story and supplement the accomplishments of western States to ensure wholesome supremacy for India in the emerging global arena," Dr Singh said.

Dr Jitendra Singh credited the Union Government for bringing in the ease of business and at the same time focusing on “Act East Policy" aimed at giving India, strategic as well as trade advantage on the eastern borders.

The Ministry of Development of North East Region (DoNER) is proactively working to ensure that North East offers incentives to investors from other parts of the country and abroad.

This will not only increase revenue generation and job opportunities, Dr Singh said, but would also help supplement India’s foreign outreach in the form of “Act East Policy” because in order to effectively engage with countries distal to India's eastern borders.

"We should first have to effectively develop Indian states proximal to the eastern borders. For example, Arunachal Pradesh and Meghalaya, have the potential to produce a number of such products and goods which will find easy takers in eastern countries like Myanmar and Bhutan which have common eating habits and common lifestyle, he explained.

Describing the North East as a fast-growing market with unexplored opportunities for investment, trade, tourism, etc, Dr Singh said for India to emerge as a global economic power, it is important to realise the full potential of North East so that it can supplement the economic accomplishments of western States in order to ensure a wholesome growth for the entire country. 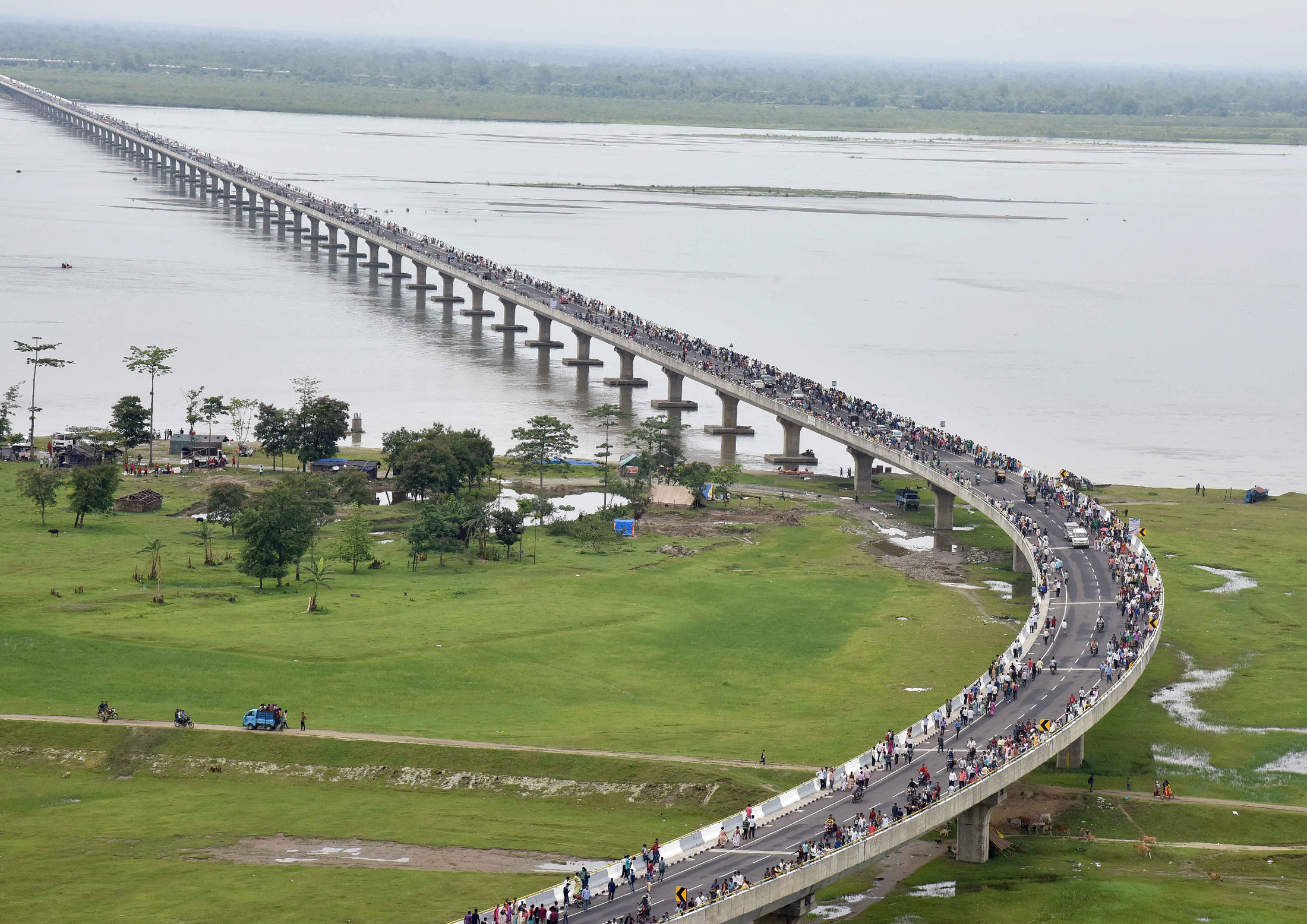 India is fast-tracking roads network projects in the North East. An aerial view of the Dhola-Sadiya bridge across River Brahmaputra, inaugurated by the Prime MinisterNarendra Modi, in Assam on May 26, 2017. Photo courtesy: PIB

In the last three years, Dr Jitendra Singh said, a fast track headway has been made in improving connectivity, transport and infrastructure facilities in order to bring in ease of investment. He said, a lot has been achieved in the last 3 years, which was not done for several decades in the past.

The textile and handloom products from North East have a unique and original value, said Dr Singh, but there are fewer takers because the people outside the region are not fully aware of it. To overcome this constraint, the Ministry of DoNER has set up a permanent stall called “Purbashree” at the prestigious “Dilli Haat” which showcases unique textile and handloom products from the region. It has proved very successful and is, on daily basis, attracting visitors from all parts of India and abroad.

Dr Singh said the creation of venture capital fund for North East region with North Eastern Development Finance Corporation Ltd (NEDFi) is meant to provide capital for start-ups in the region and to attract investors. This is a new breakthrough because it will attract young start-ups not only from the region but from across the country.