The Indian diaspora along with different community organisations are working tirelessly in clean-up operations and in providing relief materials as Texas battles the aftermath of Hurricane Harvey.

As residents of Texas began the process of restoring their homes damaged by the storm, Indian-Americans are also doing their bit by providing relief materials and working tirelessly to clean up the mess caused by the storm, PTI was quoted as saying.

Efforts:
The efforts of government agencies including the federal, state, county and city, police, coast guard, armed forces, Red Cross and others have been instrumental in saving lives and providing for the needs of those who got trapped in the hurricane. However, the amount of destruction and devastation caused by Harvey needs a herculean effort to speed up the reconstruction work in the flooded neighborhoods. 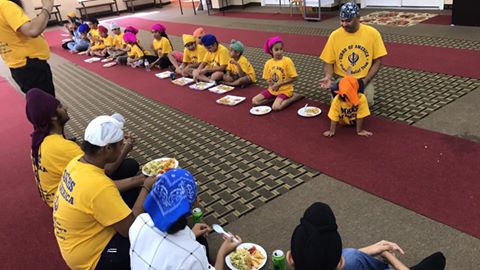 “Over the past two weeks, volunteers have already put in 23,100 hours of work towards various relief and rehabilitation projects and we have raised over USD 300,000 and the target is 1 million,” Gitesh Desai, president of Sewa in Houston, said.

“We plan to support rebuilding efforts of homes that need to be fixed through a public-private partnership with the US government agencies and many of the Indian-American entrepreneurs in Houston,” he said.

As families start to move back into the houses, more than 800 volunteers of different Indian non-profit groups coordinated by Sewa International are helping people clean up the mess that catastrophic floods have left behind.

The worst-affected are the poor and less privileged communities. One such community that Sewa International worked with was the Cambodian Buddhist community in Houston. Volunteers helped clean up more than 200 mobile homes and trailer homes belonging to the community members.

Services:
Indian restaurants have also opened up their kitchens to provide hot meals at various shelters.

“Houston restaurants served over 30,000 meals since the landfall,” said Dinesh Purohit, owner of Cafe India, which has been serving free food and supplies.

Indo-American Chamber of Commerce of Greater Houston (IACCGH) is also reaching out to Small Business Administration (SBA) and plans to work closely with its District Director Tim Jeffcoat to organise seminars for business loans across the various areas in the region affected.

Achalesh Amar, leading the volunteer efforts in Rosharon, said, “We have committed to be here and help as long as it takes to get the community back on its feet.”

Swadesh Katoch, the director of disaster relief for Sewa International, also came from Atlanta to support the ground operations in Houston.

SEWA International has set up medical camps for sick people. It is also providing construction supplies to support the massive cleanup operation in Houston.

IACCGH president Allen Richards through an animal rescue charity has helped rescue over 150 animals and distributed 30,000 pounds of pet food.

Volunteers also rescued 200 Indian students at University of Houston who were trapped on the top floor of their apartment building near campus when floods hit the building two weeks back, provided them food, essentials and moved them to safer shelters.

ISKCON temple has been serving meals since the day Hurricane Harvey hit Houston.

The Sikh National Center received trucks of supplies for distribution from across the country from other Sikh communities, as far away as Yuba City, California.

In addition to providing cleaning supplies, toiletries, drinking water, shelf food and pet food, the Sikh community put in long hours to prepare meals to be distributed to the displaced families.