Thousands of people from the India diaspora united on Sunday in their traditional finery to celebrate India’s 71st Independence Day at one of the largest parades outside India in New York. 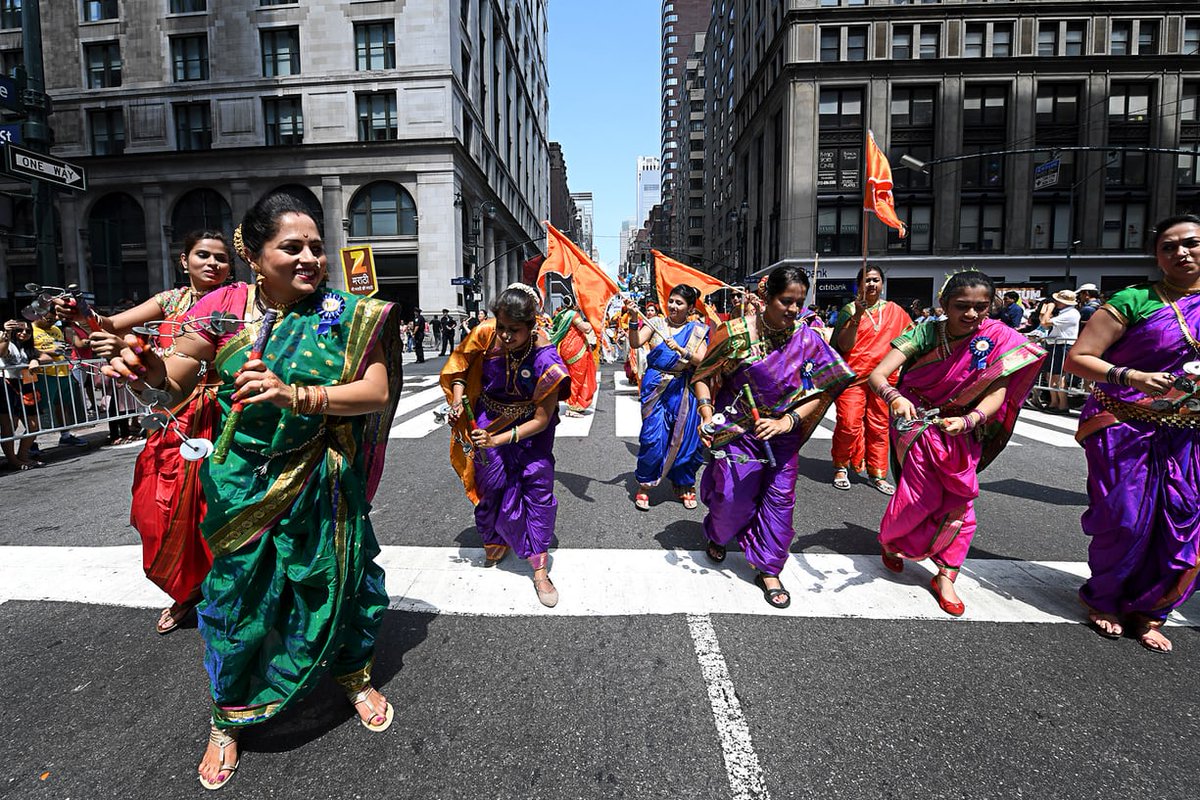 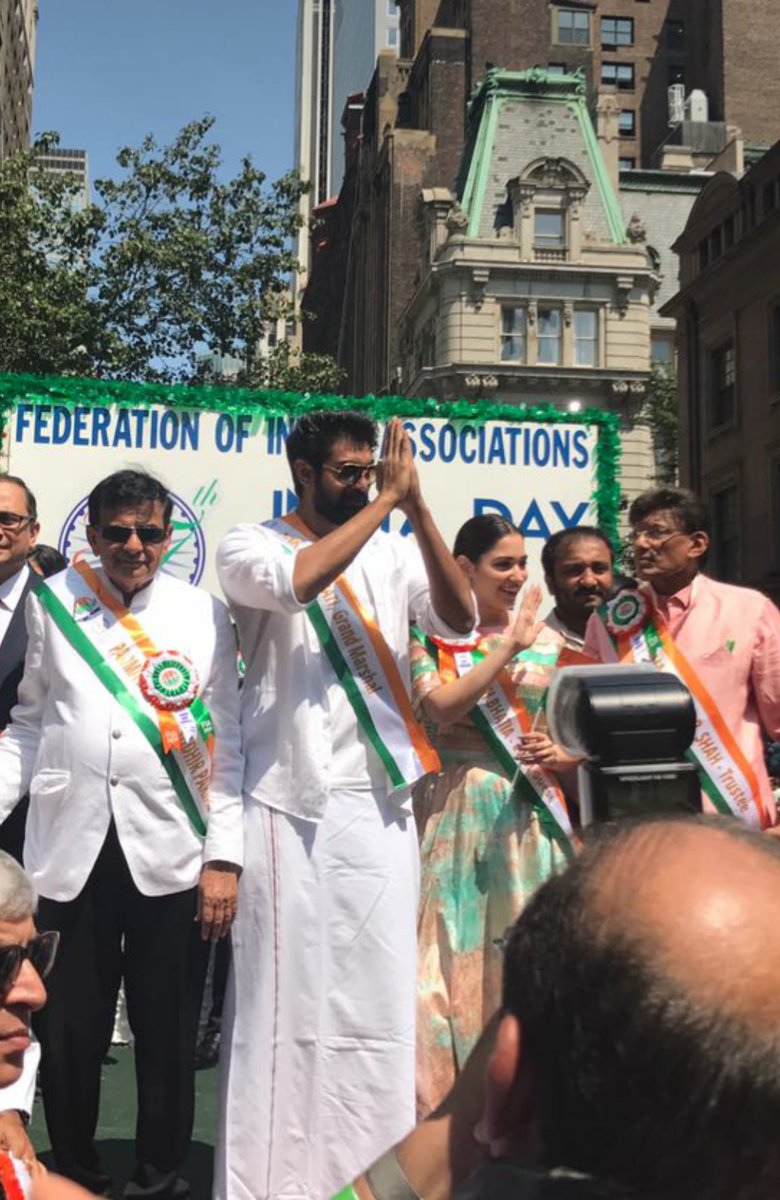 Thousands of people from the New York tri-state area came for the daylong celebration, which included special food stalls, cultural extravaganza and about 25 floats by various Indian organisations based in the US such as Air India.

The India Day Parade has been a colorful NYC tradition for almost 50 years! Today we celebrate a community that makes New York City great. pic.twitter.com/t3CL8Sh0vl

Daggubati, the Grand Marshal for the parade, said it was a matter of great pride for him to celebrate the Independence Day with a large population of Indian-Americans. 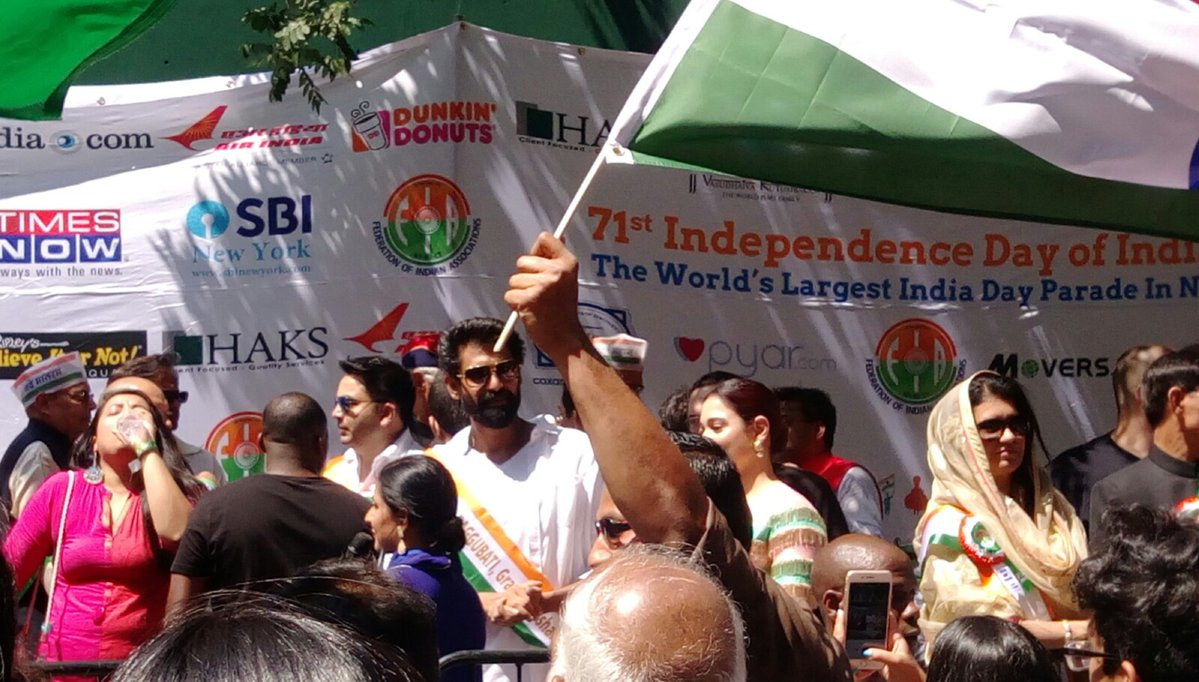 Rana Daggubati was the Grand Marshal for the parade. Photo courtesy: Twitter

"It gives me a huge sense of pride to be here. The people here are the ambassadors of our country making us proud outside of India," he said.

Bhatia said, "It is amazing to see Indians celebrating" the country's culture and heritage.

"India has given me lot of freedom to express myself. It is very humbling to represent India at the parade," she said.

People, including young children and seniors, raised patriotic slogans like 'Bharat Mata Ki Jai', 'Vande Mataram' and 'Jai Hind' and carried banners, placards and Indian and American flags as they witnessed the floats and celebrities from the barricaded pavements along the parade route. Indian music and popular Bollywood songs reverberated through the air as people celebrated with a fervour of patriotism.

Several Americans and people belonging to different communities also stopped to watch the parade and enjoy the festivities. Families had travelled from nearby states such as Connecticut, New Jersey and Massachusetts to witness the parade, an annual fixture in the city's calendar since 1981.