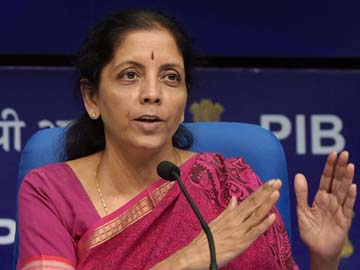 New Indian Defence Minister Nirmala Sitharaman is all set to flag off this Sunday the six-member all-women team of the Indian Navy who will set sail to circumnavigate the globe on sailing vessel Tarini from Goa and will return in March 2018.

This is the first circumnavigation of the globe by an all-women crew of the Indian Navy. The all-women project’s aim is to empower women to attain their full potential and showcase naari shakti, or woman power, on the world platform.

The first Indian solo circumnavigation was undertaken by Captain Dilip Donde, retired, from August 19, 2009, to May 19, 2010, aboard an indigenously built vessel, Indian Naval Sailing Vessel (INSV) Mhadei, while a non-stop solo journey was carried out by Commander Abhilash Tomy from November 1, 2012 to March 31, 2013.

The six young naval officers have sailed approximately 20,000 nautical miles on-board INSV Mhadei and Tarini as part of their training. This included two expeditions to Mauritius in 2016 and 2017 and a voyage from Goa to Cape Town in December 2016.

The voyage will be covered in five legs with stopovers in four ports: Fremantle, Australia; Lyttelton, New Zealand; Port Stanley, Falklands; and Cape Town, South Africa for replenishment of rations and repairs if necessary.

The Indian Navy is operating four sailboats – Tarangini, Sudarshini, Mhadei and Tarini – which will be capable of open ocean deployments, the statement said. All four vessels have been built at shipyards in Goa. The Navy is also looking to induct four 40 feet, state-of-the-art open ocean racing sailboats, the statement added.