Indian community in US celebrates foundation-laying of new Ram Temple

Indian-Americans across the United States celebrated the foundation stone laying ceremony of the new Ram Janma Bhoomi Temple in the holy city of Ayodhya by lighting diyas and taking around a tableau truck displaying digital images of the temple around the US Capitol Hill. 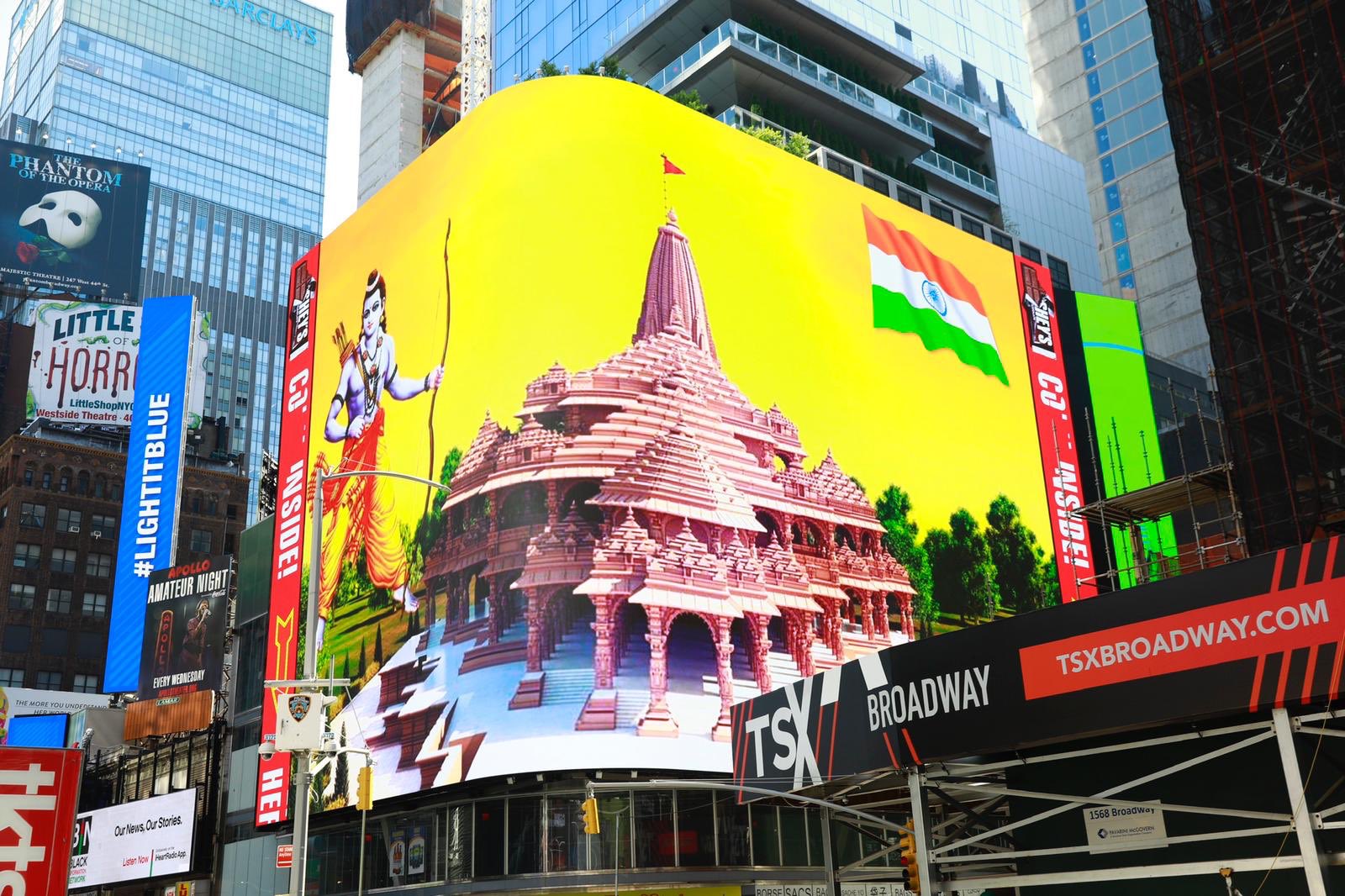 A mega event was scheduled at New York's iconic Times Square wherein images of Lord Ram and the proposed temple would be on display on gigantic screens. Photo courtesy: Twitter/@AdityaRajKaul

The groundbreaking ceremony for the construction of the temple took place in Ayodhya with Prime Minister Narendra Modi performing the ‘bhoomi pujan’ of the temple, bringing to fruition the BJP’s ‘mandir’ movement that defined its politics for three decades and took it to the heights of power.

In the US, various Hindu community groups would be organising virtual events to mark the importance of the occasion and a model of the new temple appeared on a digital billboard in Times Square.

In Washington, members from the Vishwa Hindu Parishad America took out a tableau truck with the digital image of Ram Temple, and went around the Capitol Hill with chanting of slogans 'Jai Shree Ram' and moving around the city later.

In other parts of the US, Hindu community members lit diyas at home.

“Congratulations to all Indians especially to Hindus, Jains and all who worship Lord Ram on this historic day of the laying the foundation stone for building the Ram Temple in Ayodhya," Ajay Jain Bhutoria, a California-based community leader, said.

While the public celebrations were limited due to the pandemic, a number of virtual events kicked off in various parts of the country.

A mega event was scheduled at New York's iconic Times Square wherein images of Lord Ram and the proposed temple would be on display on gigantic screens.

“Individuals are celebrating in their homes too by performing pujas, lighting lamps. It will be early Diwali for many. The enthusiasm among the Indians here is very high," a community media release said.