Speaking at the annual US-India Business Council's State of US-India Business Summit, Union Minister of Commerce and Industry Piyush Goyal asserting the need to further the bilateral trade and economic engagement with a greater degree of flexibility and invited the United States to look at India as a manufacturing base. 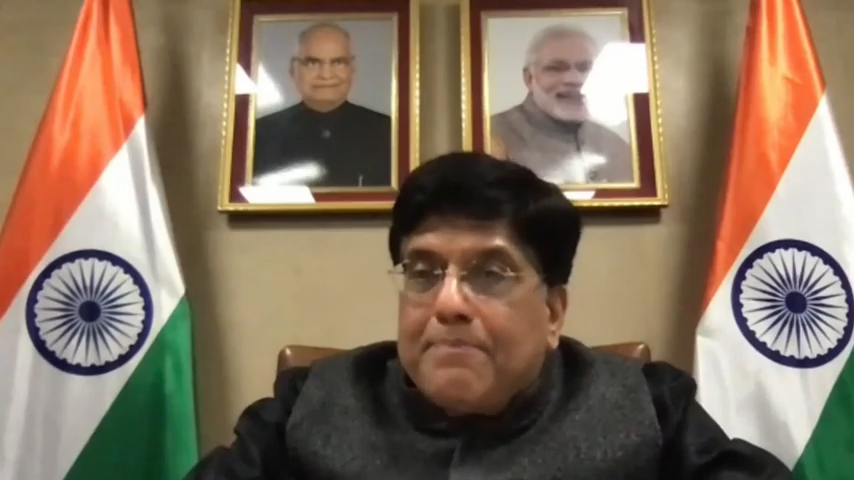 During the interaction, Goyal also invited the US businesses to look at India as a manufacturing base. Photo courtesy: USIBC

Goyal said that India had set a modest trade target of half a trillion-dollars, which can be achieved through continuous engagement between the two nations.

"India looks forward to working very closely with the new US administration to strengthen the ever-expanding ties in a variety of areas. We need to further India-US trade and economic engagement with greater degree of flexibility," he said.

During the interaction, Goyal also invited the US businesses to look at India as a manufacturing base from where America can "serve a large Indian market and also serve global markets through cost-competitive products".

"The US and India complement each other. While the US offers technology, finance and innovation, India has a large market that needs to be served. At the same time, we need to protect people in agriculture and protect them from low-quality products," Goyal said.

On India's interest in expanding digital space with the US, the Minister said that India will be conscious of its responsibility to the netizens of the country for data privacy. 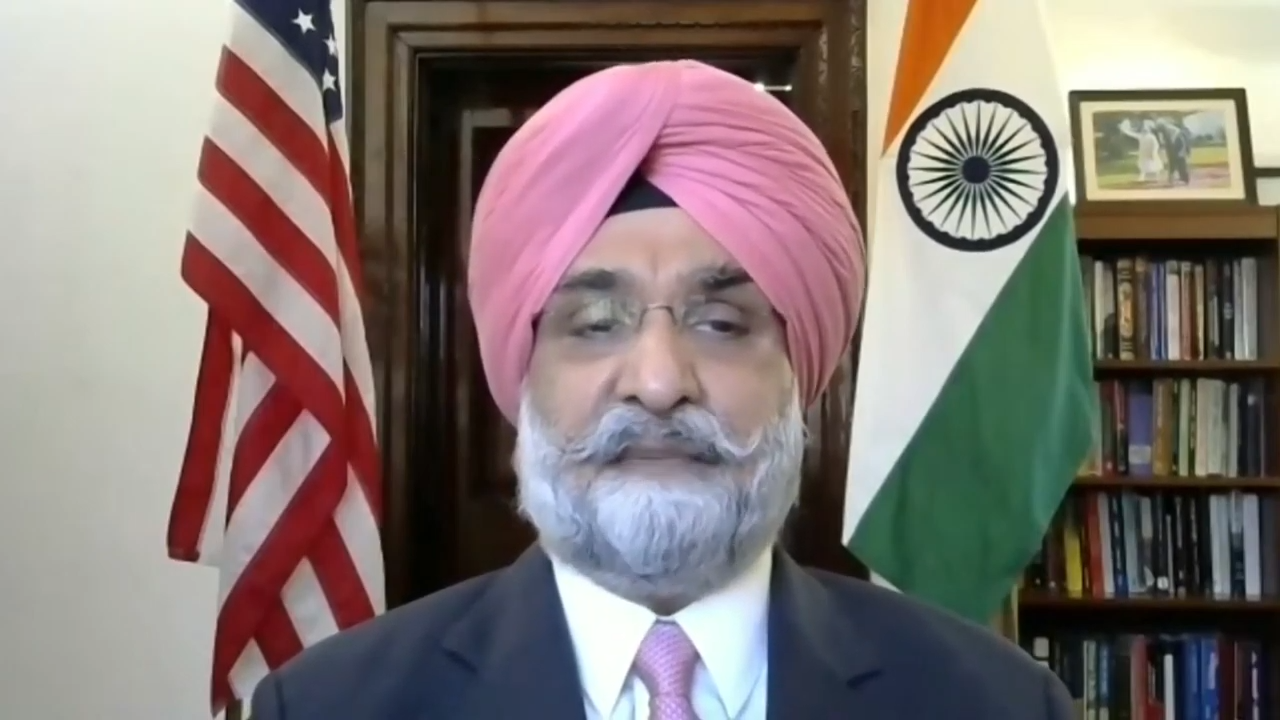 Ambassador Sandhu summed up the current US-Indian relationship in his address and talked about the future of the two nations. Photo courtesy: USIBC

"There are a lot of concerns with the big tech companies, and India would like to protect its policy space," he noted.

Free health services are being provided to 500 million people, Goyal said, adding that the government has increased the budget on healthcare very significantly and decided to invest very large amounts of money on the 'Jal Jeevan Mission' over the next 4-5 years to provide clean drinking water to every home.

Ambassador Sandhu summed up the current US-Indian relationship in his address and talked about the future of the two nations.

He said the leadership in both countries have set forth their vision. Earlier this month, PM Modi and President Biden spoke over the phone.

"There are five immediate priority areas of the India-US partnership; healthcare and pharma, including vaccines; digital, IT innovation and startups; education and knowledge partnerships; clean energy including LNG and solar and of course defence and strategy-related sectors," the Ambassador said.