Indian athletes are making a mark around the world winning several medals across disciplines. And to make them look even better, the Athletics Federation of India unveiled a new uniform. 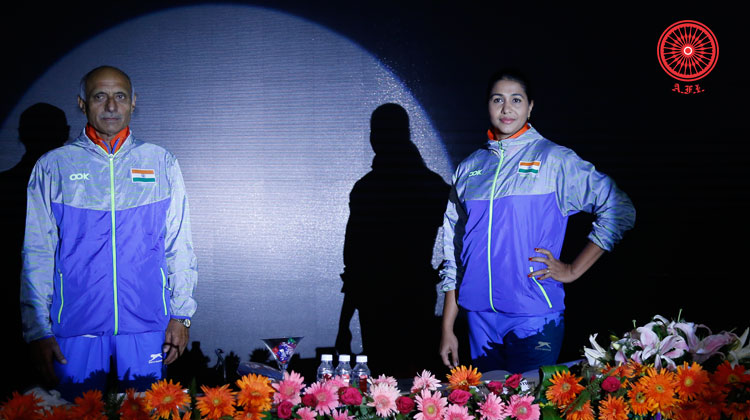 Two of Indian track and field sports legends, World championship long jump medallist Anju Bobby George and Sriram Singh, who was seventh in the 800m in 1976 Olympic Games, were the first athletes to wear the uniform that was unveiled at an annual general meeting recently, an AFI press release said.

The Federation asked its units from different states and union territories to step up their activities to make track and field sport a more visible option for young athletes.

​AFI High Performance Director Volker Hermann emphasised the need to place greater stress on quality of training rather than quantity, the release said.

Indian athletes meanwhile have been rocking the world with their performances. Star sprinter Hima Das has won five gold medals since July 2 in different competitions.

In her first competitive 200m race of the year, the Assam runner - who had been struggling with a back problem before the race - had clocked 23.65 seconds on her way to gold in the Poznan Athletics Grand Prix, also in Poland - and then there was no looking back. She has a personal best of 23.10 seconds, which she clocked last year, according to AFI.

Hima is the reigning world junior champion and national record holder in 400m.

Indian track and field athletes won a whopping 19 medals, including 12 gold, in the Qasanov Memorial Meet which concluded in early July.

Mohd. Salahuddin won a gold in men’s triple jump event with  a personal best effort of 16.64m while compatriot Mohd. Zuber took the Silver in 16.21m.

Sahil Silwal added another gold to India’s kitty by winning the men’s javelin throw event with a personal best effort of 77.40m while Rohit Yadav bagged the silver by sending the spear to a distance of 75.36m