It seems that Indian Americans are the best bosses, according to a corporate employee survey. As the year comes to an end, Microsoft's Indian-origin chief executive officer Satya Nadella has been crowned as the best CEO of a large company in the world in 2018. 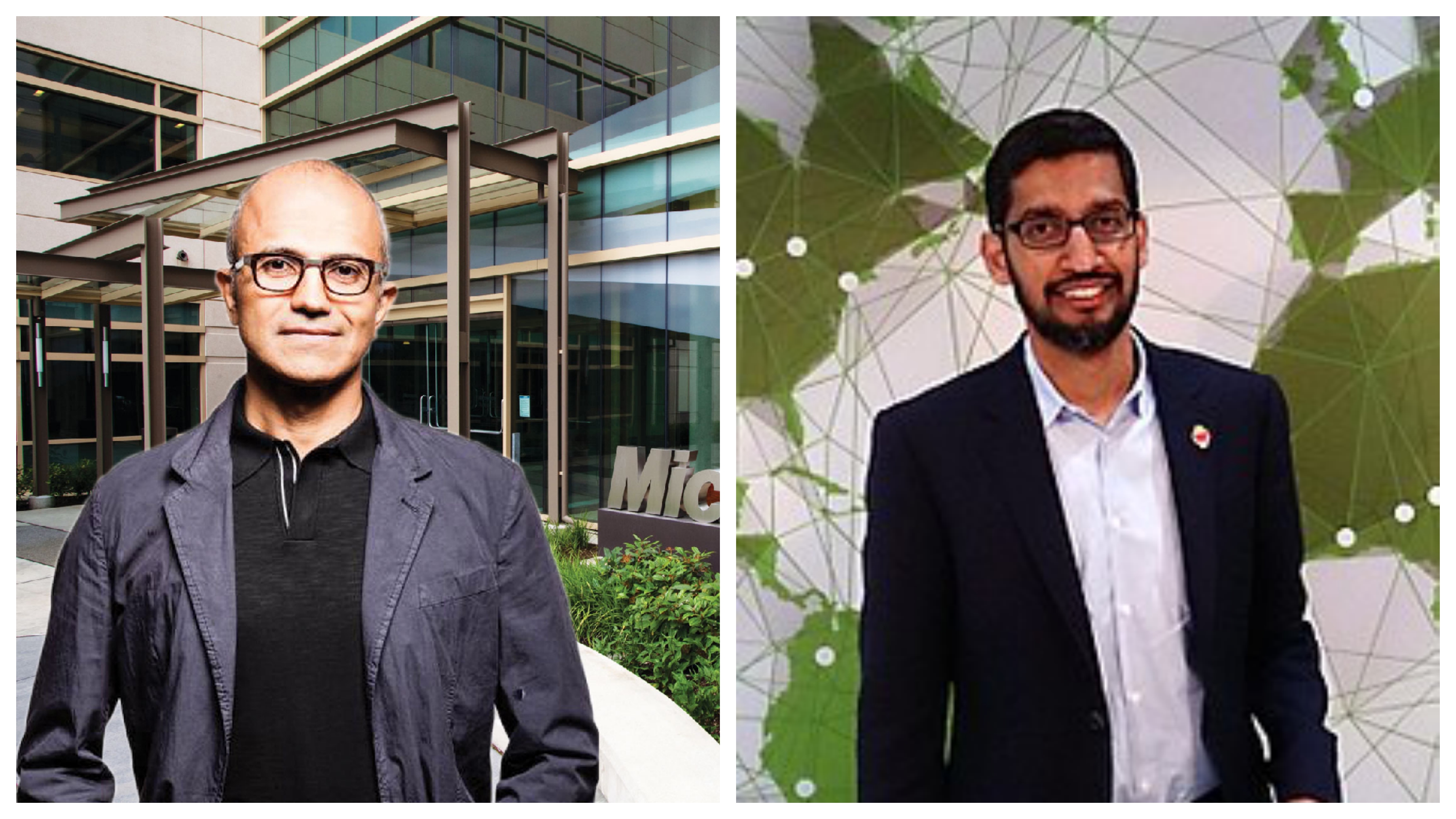 Microsoft employees gave Nadella 82 points on a rating scale of 100, which made the best CEO of a large company this year. Pichai (right) was rated 80 Photos courtesy: Wikimedia

The year 2018, for tech, was full of controversies, data breaches and lawsuits. Right from Facebook's Cambridge Analytica debacle, which had a domino effect on Mark Zuckerberg's social media empire, to Elon Musk smoking weed on a podcast in California, to the Google+ bug, which lead to the company speeding up the demise of its semi-defunct social media platform, the year has been full of twists and turns that not only unboxed the dark secrets that give a glimpse into what goes behind the scene in these tech companies, but also tested the mantle of the people that lead these companies.

While the second spot was bagged by The Home Depot chief Craig Menear, Google CEO Sundar Pichai, who is the only other Indian-origin CEO in the list of top 50 CEOs at large companies in the world, came in third.

Comparably, a platform that rates companies based on a multitude of factors, released a list of best CEOs of 2018. The ratings were based on employee interviews that were conducted anonymously. Interestingly, in the survey, Microsoft employees gave Nadella 82 points on a rating scale of 100, which made the best CEO of a large company this year. The company also got appreciated for its culture, diversity and perks and benefits.

Pichai was rated 80 and his company, despite the anti-trust lawsuit in the European Union, and the Google+ bug that gave the private data of 52.5 million users to the developers, was appreciated for its diversity, culture and as the best place to work for women.

Interestingly, while the head of Google and Microsoft bagged the top two spots in the coveted list, shortly behind them in the list was Amazon founder Jeff Bezos, who bagged the 6th spot, and Apple CEO Tim Cook, who bagged the 12th spot on the list. Elon Musk, on the other hand, despite all the controversies surrounding his tweets this year, was ranked as the 19th best CEO in 2018 by his employees.